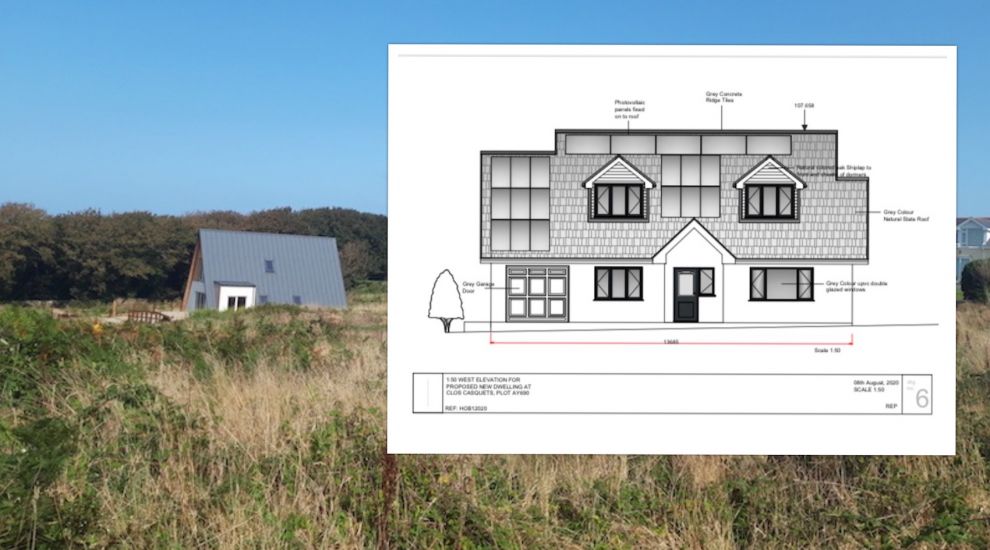 Alderney's first 'off-grid' home has been given the go-ahead by planners – despite objections from the local power company.

Alderney's electricity supply is generated entirely from burning imported diesel, which currently costs residents 44p per unit, with the standing charge added on, compared to 13p per unit in Guernsey.

States of Alderney Technical Services Officer Richard Phelan and his partner have been given the green light to build a house that will run on power generated from solar photovoltaic panels and stored in Tesla batteries. 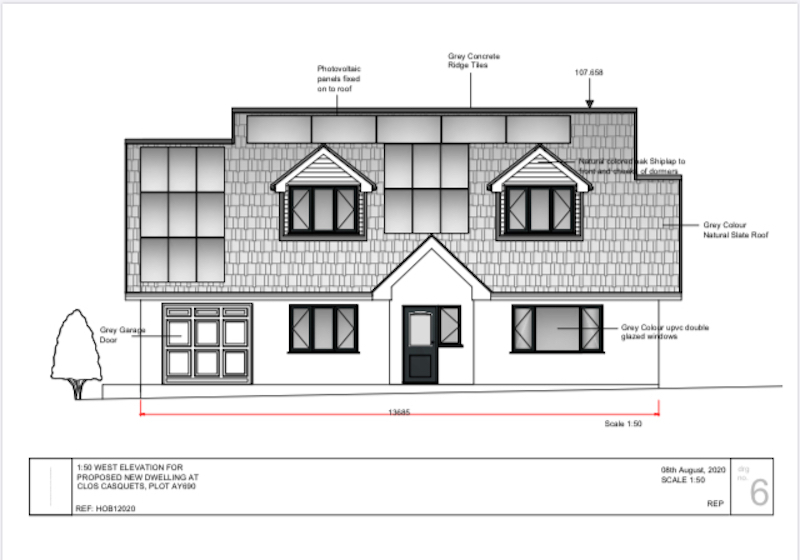 Pictured: Plans for the new build on Clos Casquets in Alderney.

Mr Phelan applied to build his home on Clos Casquets and its power system will come from Little Green Energy company in Guernsey. Arriving with a 25-year warranty, the estimated payback takes 10 years, yielding the household 15 years of free electricity.

In time, he aspires to run the entire 13-plot development off-grid.

However, Mr Phelan's application was contested by AEL board member Matthew Birmingham, who said the Alderney Building Law required essential services to be installed before the plot was developed.

Mr Birmingham pointed out that most houses with photovoltaic panels are connected to the main grid as a back-up.

"The idea of being totally off-grid is to be applauded," he said. "But the underlying infrastructure for Clos Casquets is not complete. The Land Use Plan says there should be complete services in place before development starts.

"If there is a power shortage there is no way this house at the present moment can be put on the grid because services are not there. Then there's a problem. A diesel generator in a residential area is not appropriate."

Mr Phelan said the Tesla batteries they planned to use were capable of storing enough electricity to power the house for three days. 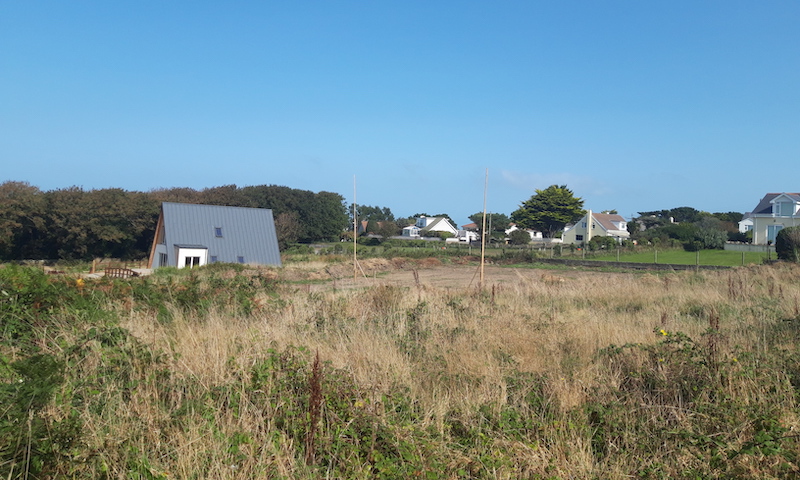 Pictured: The house will be built between the site poles shown above.

His application highlighted a significant gap in States policy, according to Mr Birmingham, which the island's government will need to address.

"If a substantial number of individuals who can afford to pay for the new technology decide to go off-grid this will lead to the cost of communal energy supply increasing and those costs being borne by everyone else, many of those being those that can least afford it.

"Whilst the power station upgrade has seen a substantial reduction in greenhouse gas emissions through greater engine efficiencies, AEL would prefer to see a whole island solution to the island's energy supply issues.

"But for this to happen there needs to be an island energy policy for AEL to able to act upon to introduce greener energy supply." 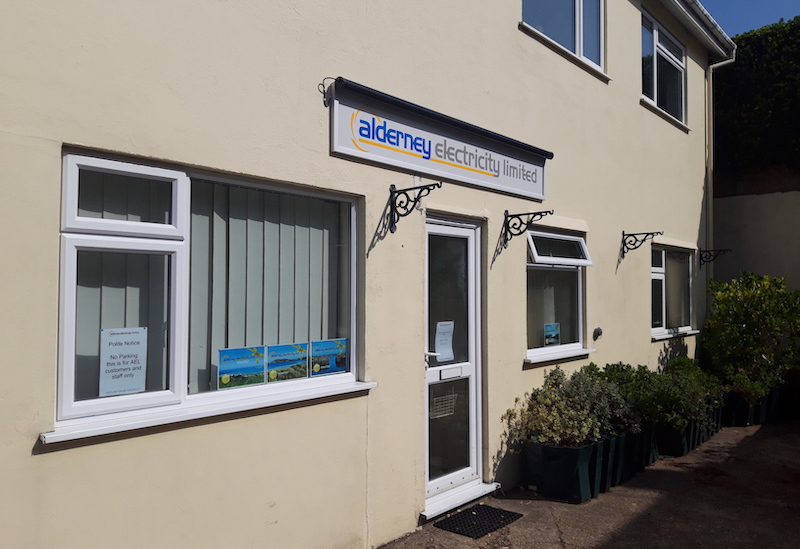 Pictured: It is not currently possible for off-grid homes in Alderney to feed excess electricity back into the grid, which is common practice in the UK.

"AEL have no plans on integrating renewable energy in to their existing network. They are happy to continue with the importation of fossil and the burning of fossil fuels," he said.

"Rather than wanting to work with islanders on the integration of renewables into their network, they attempt to cause issues. With all the evidence of climate change pointing to the burning of fossil fuels, this is entirely unacceptable.

"Alderney should only be led by the local electricity company and not discouraged. Unfortunately, they are forcing individuals into purchasing renewable energy systems, in order to reduce their carbon footprint.

"This may be the first domestic property entirely off-grid, but it won’t be the last." 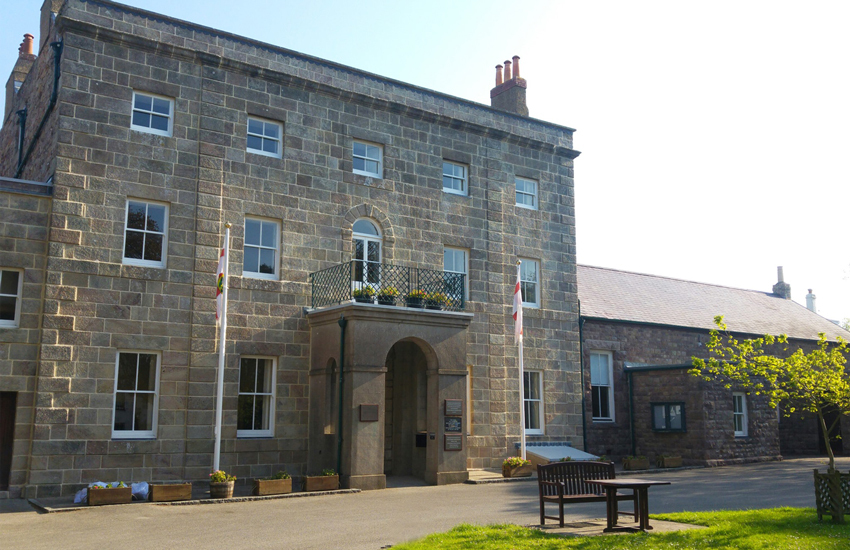 Pictured: The planning application has highlighted some of the issues caused by Alderney's States not setting a whole island electricity policy.

The application was approved subject to various conditions concerning site access and hours of work there.