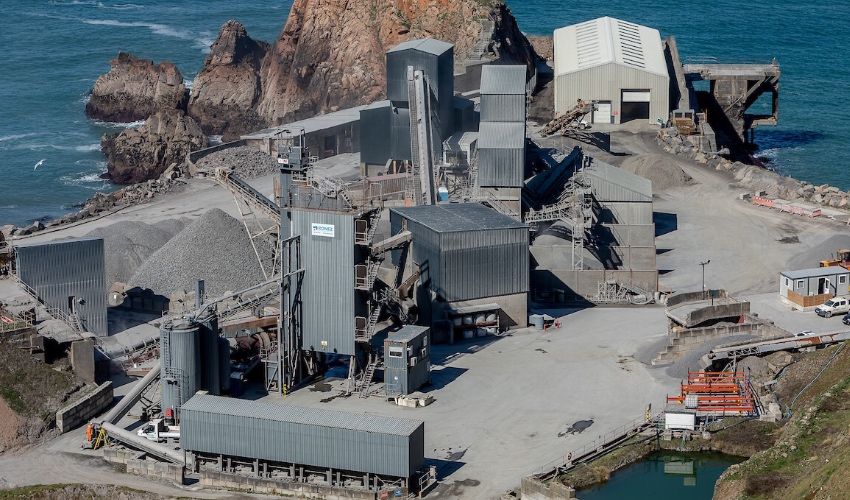 Ronez has been given permission to extend its St. John’s quarry, giving the north coast site up to 20 more years of life.

A planning application, which was submitted in 2016 but has been amended since then, was passed by the Planning Committee at a meeting last week.

Approval means that two fields to the west of the quarry and part of the motocross track - around 30 vergeés or 7.5 acres in total - will be lost.

The site is bordered by Route du Nord to the south and Rue de Sorel - the road leading down to the point - to the west. The fields are not farmed and are currently used for horses.

The expansion was supported in the 2011 Island Plan and this official backing has continued into the 2022-2025 short-term Island Plan, which is currently in its consultation phase. 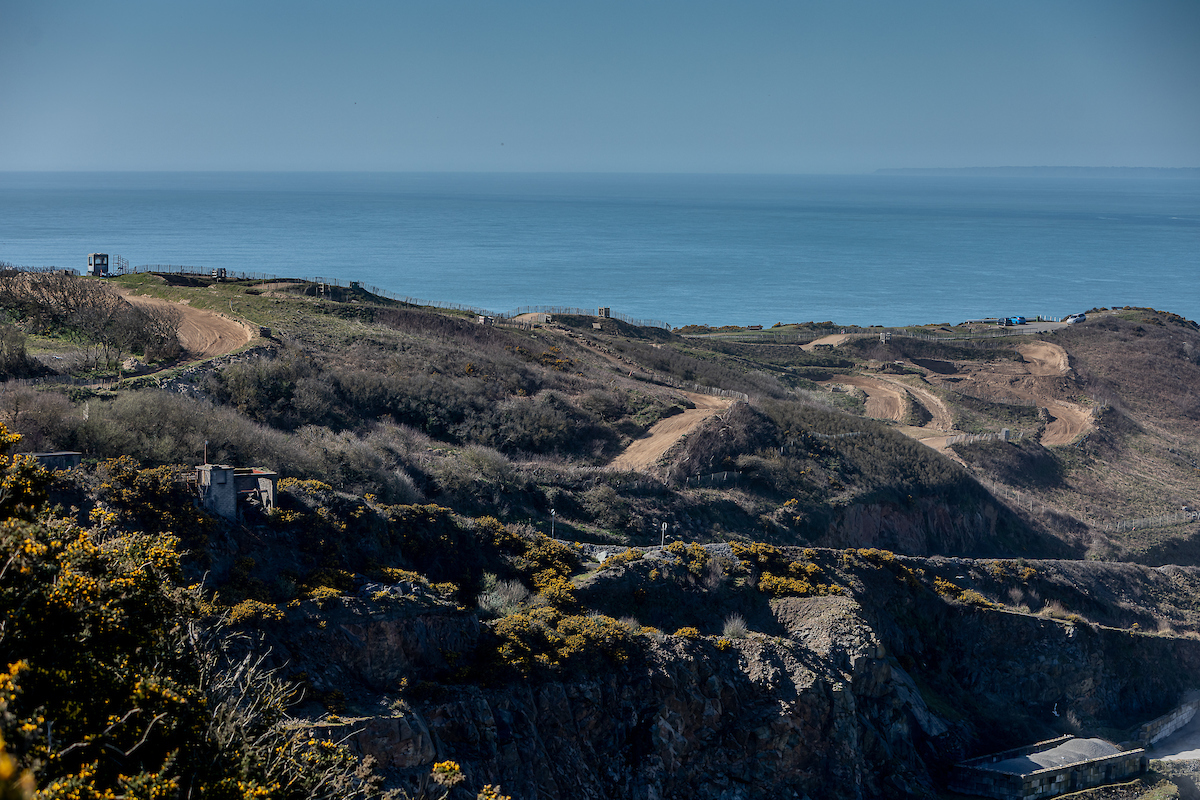 Pictured: The extension will involve taking a slice out of the current motocross track at Sorel.

The motocross track will be realigned, which has the support of the Jersey Motorcycle and Light Car Club.

Ronez Managing Director Mike Osborne said: “Our application to extend the western side of the quarry has been anticipated for many years, so it's great to finally get it over the line.

“Our initial submission in 2016 raised a number of objections in the local community, but having listened and taken on board those concerns, our amended plans satisfactorily address the troubling issues and the application was widely supported.

“We are particularly pleased to have had the support of the Connétable of St. John, who spoke in favour of approving the scheme to the Planning Committee Panel.

“Ronez, whilst being an important part of the Jersey construction economy for 150 years, is also a major business in the parish. We are proud and pleased to have supported the Parish on many fronts over the years and we look forward to continuing to do so for many years to come.”

Mr Osborne added that extension - which increases Ronez’s reserves by more than two million tonnes, representing perhaps 15 to 20 years at current rates of production - would maintain the status quo in operational terms.

“There will be no intensification of operations, no increase in traffic nor changes in working hours which arise from this planning approval,” he said.

“The continued working of Ronez Quarry in the longer term is included in the current Island Plan and has indeed been expected in the preceding Island Plans and mineral resources strategy documents.

“The draft bridging Island Plan reinforces this anticipation and, in all the scenarios analysed by Arup for the Minerals, Waste and Water Study evidence base to the draft plan, the continuation of our operations is assumed.

“The significant improvements in the scheme that were presented to the Planning Committee last week centred around ecological issues and the impacts from the Jersey Motor Cycle and Light Car Club's motocross activities at Sorel Point.

“A number of our species and habitat surveys had become dated, so these have been repeated to confirm the earlier conclusions." 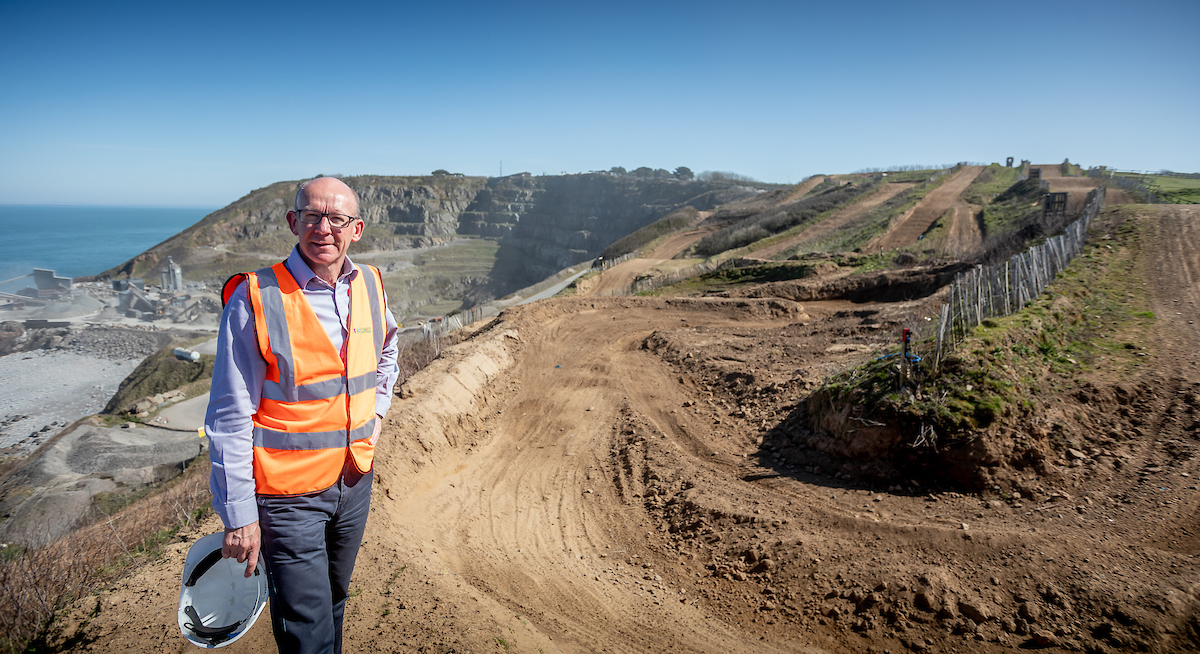 He continued: “We have also added further details to our Species Protection Plans and the Habitat Management Plans so that we have a really robust environmental protection and enhancement programme that is ready to be implemented both within the quarry and which will provide environmental gains in the surrounding area.”

Mr Osborne said that the motocross track at Sorel will be re-organised in parts and would come no closer to the North German Road and neighbouring properties than is presently the case.

Initial work, including protective landscaping and habitat management will begin later this year, with the first rock expected to be extracted later in 2022.

The other quarry expansion supported in the draft bridging Island Plan is for La Gigoulande in St. Peter’s Valley to be able to extract rock from a field, which is currently farmed and separated from the quarry by a green lane.

Its inclusion in the plan has been opposed by neighbours, politicians and cycling groups.

Posted by Martin on Jun 28th, 2021
Does this mean the Quarry at St Mary will not be extended or are the "TWO" destined to meet at some point as they are inexorably extended?
To place a comment please login Login »