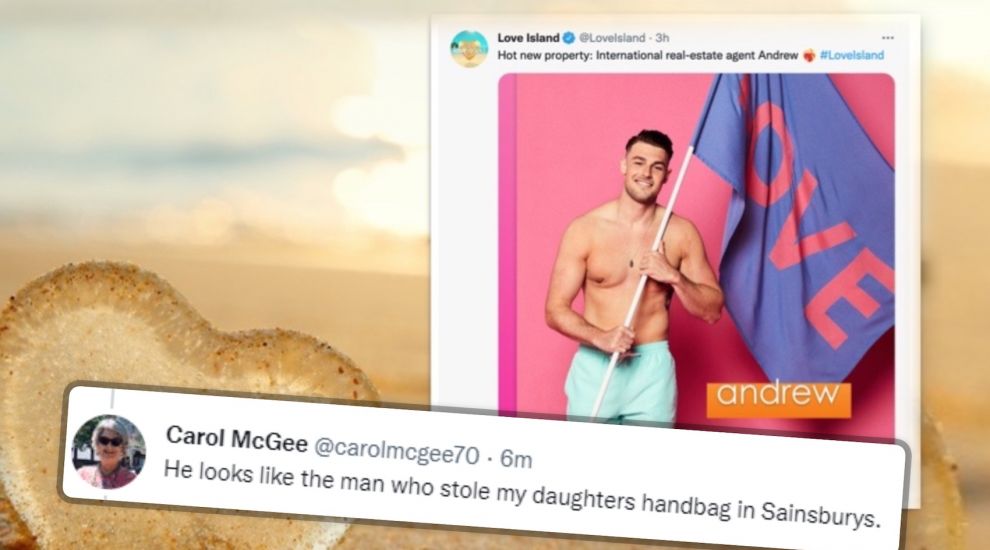 A case of mistaken identity saw Guernseyman Andrew Le Page's photo go viral for all the wrong reasons shortly after he was announced as a contestant on ITV show Love Island.

The official Love Island account posted a photo of Mr Le Page, but this prompted one follower mistakenly to identify him as a handbag thief in a comment which has been viewed tens of thousands of times and made national news.

Carol McGee wrote: "He looks like the man who stole my daughter's handbag in Sainsbury's."

She then posted a follow-up comment: "Can you confirm please if he was in Bristol Sainsbury's on 12 March."

Andrew’s living his Selling Sunset fantasy but who will get his bell ringing? ???? #LoveIsland pic.twitter.com/DODM3iUwnl

Video: Love Island shared an interview with Andrew ahead of the hit ITV show's return to screens on Monday.

Showbiz Reporter Millie Payne shared a screenshot of Carol's appeal, adding: "Out of all the #loveisland content I have scrolled through for work, this is by far the best thing I have stumbled across."

Fortunately, Andrew’s family has since confirmed that the 27-year-old estate agent was in Dubai on 12 March, not in Bristol Sainsbury's.

Out of all the #loveisland content I have scrolled through for work, this is by far the best thing I have stumbled across. pic.twitter.com/o6WQKo7NnS