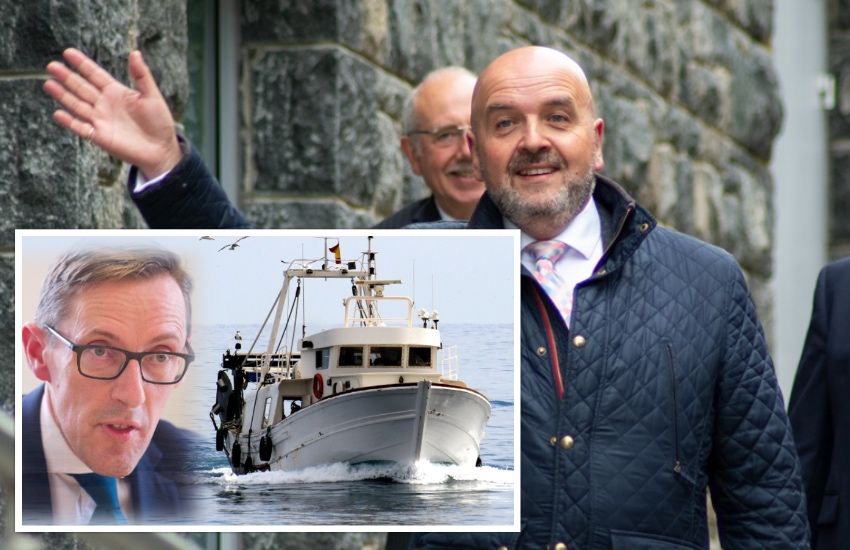 Guernsey's External Relations Minister has offered to act as a mediator in the fishing row between Jersey and France, saying that the mistake has been to try and set a firm deadline to introduce the new licensing system.

Both Jersey and Guernsey have now agreed more time to allow Norman and Breton fishers to get the necessary paperwork completed.

The European Commission is calling for Jersey's new system for controlling its waters after Brexit to be suspended, backing calls from French fishers who protested in St. Helier Harbour in May over fears their trade was being strangled with red tape.

After the protests, Jersey offered the Norman and Breton fishers more time to get their paperwork done, in order to ensure they get the right type of licence.

“The decision to extend the interim licensing regime for a further month provides certainty for French fishing vessels while the final remaining technical issues are being resolved," said Deputy Le Tocq.

"This will ensure that we will be able to approach the licensing process with clarity and transparency, in the spirit of the TCA to support our wider engagement with our closest neighbours."

Speaking to Express, Deputy Le Tocq acknowledged that Guernsey's negotiations with France "come from a different starting point" because of the Bay of Granville Agreement, which was signed by officials from both Jersey and France back in 2000.

"Jersey went into that agreement thinking it would be good for them but ended up feeling hard done by," he commented.

"The French fishermen were happy with it, but at least some of them were of the impression that the status quo would continue [under the TCA].

"Post-Brexit it was thought that the TCA would provide better results, however fishermen on both sides [Jersey and France] are not happy with it."

"What we have done differently is the process, which was to ensure that we didn’t rush through any changes," he said.

"We had far more regular dialogue with the French and have engaged with the French Fishing Association in Cherbourg so that the process is not all in one go. We said we would continue the existing arrangements. Jersey set a deadline and are now having to backpedal a little."

As a result, he says his counterparts in Jersey "are in a bit of a pickle" and believes Guernsey might be able to help. Deputy Le Tocq has raised his concerns about the Jersey/France stand-off with the French authorities and fears that Guernsey could end up a victim of any long and irreconcilable struggle.

"If there is anything we can do to help, we have said ‘let us know’. We are willing to help. There might be areas where we can act as a mediator. We don't want this to continue for much longer. It doesn’t suit anyone."

There were 4 years to let it sink in
Posted by Roy Dean on Jun 2nd, 2021
Appeasement is no solution and only causes more problems
Posted by Colin West on Jun 2nd, 2021
I don't think Guernsey would roll over if over 150 French boats could fish unto there 3nm limit not the 6nm or even there 12 nm, Its a totally different position then Jerseys fishery.
To place a comment please login Login »