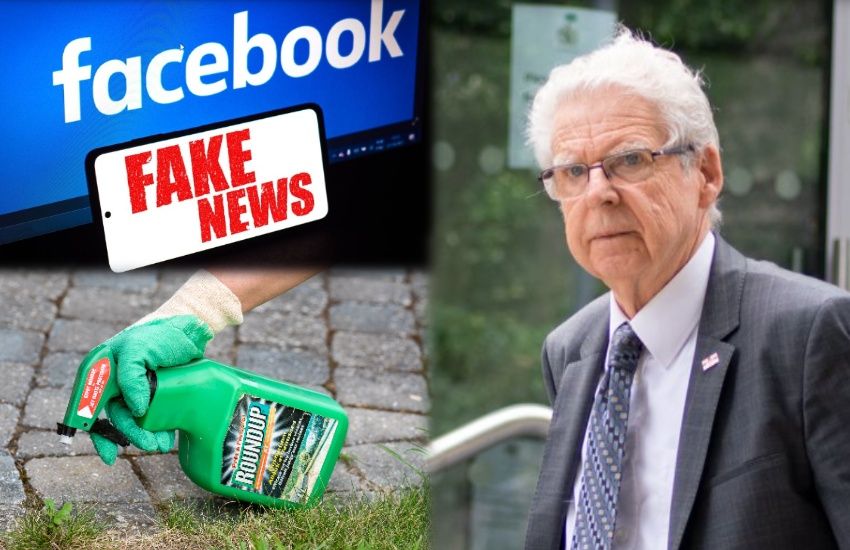 A Guernsey States Members is in hot water after arranging for a video to be posted on his Facebook page linking weedkiller and chemical farming with autism.

According to the panel responsible for considering potential breaches of rules governing politicians’ behaviour, Deputy David de Lisle broke a section of the code requiring members of the public to be treated with respect and courtesy and without malice.

However, they decided that the offence wasn't serious enough to warrant a sanction.

The complaint that led to a Code of Conduct Panel investigation was made by a member of the public, Anna Taylor, whose daughter lives with autism.

"It is my duty to my children to take a stand"

"I have learned a lot about autism in recent years and about how easy it is for people with autism to be marginalised, have opportunities denied and be let down by society," Mrs Taylor told Express.

"I'm trying hard to protect my children. If I see something inappropriate about autism, it is my duty to my children to take a stand against it.

"...[Deputy De Lisle] has his views on glyphosate. But it was concerning to me that he was concentrating on his agenda on that and did not care about anything else. He was referring to a vulnerable section of the community and he was furthering his agenda without thinking about the effect on that vulnerable community and also without researching the issue properly."

The contentious video, which was posted on Deputy de Lisle's Facebook page on 23 April, claimed that there was overwhelming scientific evidence to show that glyphosate – a controversial herbicide present in a range of over-the-counter weedkillers – removes natural goodness from soil and food and increases autoimmune diseases.

The video included a graph suggesting that the incidence of autism had increased with the rise in chemical farming. Next to the graph was a picture of two people which Mrs Taylor felt left a gross and damaging impression of autism.

The Panel’s report stated that Mrs Taylor "believed the post was irresponsible, disturbing and reprehensible behaviour by Deputy De Lisle" and that she claimed "it relied on fake science to try to link chemicals with autism".

"Mrs Taylor said when she met the Panel that there was no evidence to support the claims in the video," stated the Panel. "By posting it in a Facebook account which is called 'Deputy Dr David De Lisle', he gave it credibility. The heading was completely wrong about autism. She had found it upsetting. It had undermined her trust in States’ members generally.

"She accepted that it had been removed from the Facebook page soon afterwards, she presumed after complaints made privately. She was not aware that Deputy De Lisle had issued an apology."

In response, Deputy De Lisle told the Panel that Mrs Taylor had misunderstood and misinterpreted the video. He said he did not intend to offend anyone and apologised to anyone affected. 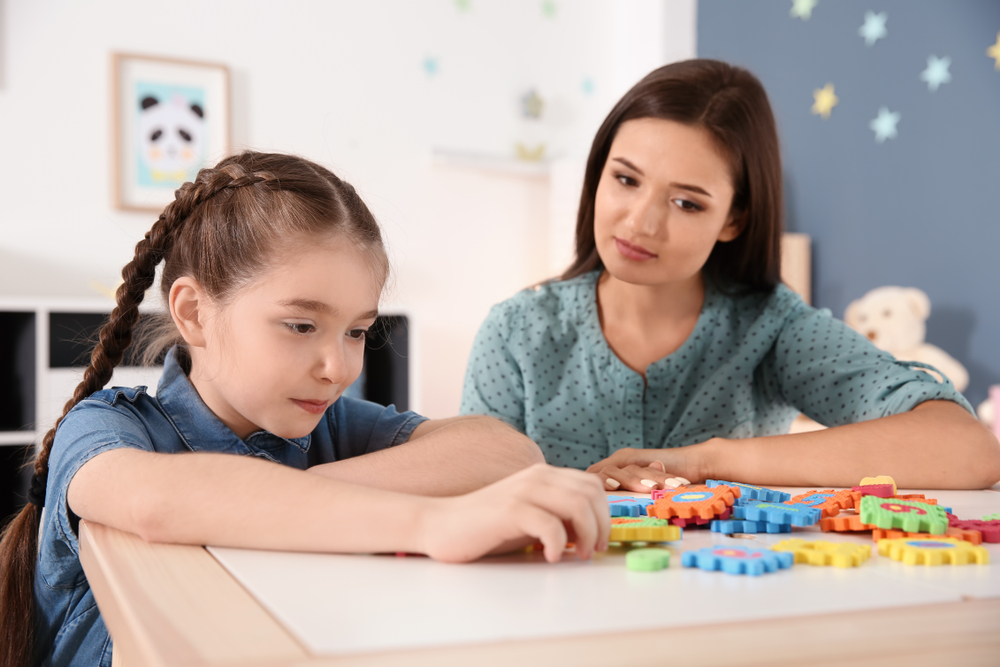 Pictured: The Code of Conduct Panel's report stated that the complainant felt that Deputy David De Lisle's action had presented "a gross and damaging impression of autism".

The Panel’s report stated: "When Deputy De Lisle met the Panel, he explained the sequence of putting the link on his Facebook page. He had not posted the link himself but had asked for assistance in doing so.

"It had been posted on 23 April sometime in the morning, perhaps as late as lunchtime. The next day at 15:06, he had been contacted by someone by email to the effect that the video link, giving misleading information on autism, would be of some concern to some individuals.

"Deputy De Lisle told the Panel that he quickly took steps to have the video link removed and that it was withdrawn within hours of his receiving the objection. He had not realised that an infographic would appear when the video link was posted."

"He simply wanted to promote the message in the video itself, attacking the use of glyphosate. The video had received over a million views and over 68,000 likes so he assumed that it was proper." 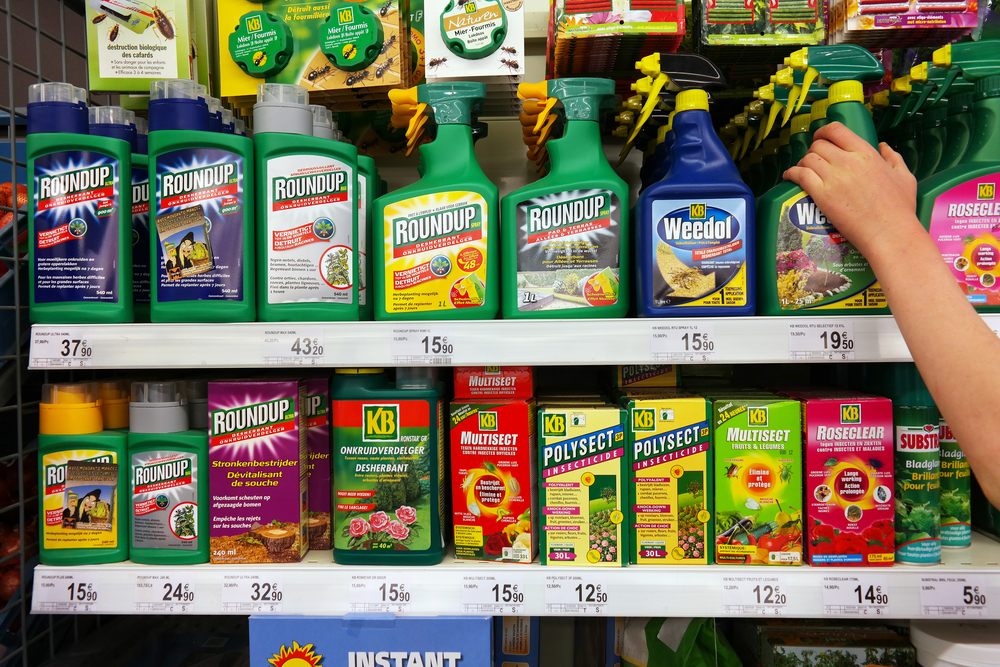 Pictured: Deputy David De Lisle has campaigned for several years against the use of weedkiller containing chemicals harmful to the natural environment.

It continued: "He had apologised by means of a return email to the person who had complained to him about it. He had contacted the author of the video to tell him about the infographic. On the web, a new infographic was now being used."

The Panel concluded that Deputy De Lisle had breached section nine of the Code of Conduct for States' members, which states: "[States'] members shall at all times treat other members, civil servants and members of the public with respect and courtesy and without malice, notwithstanding the disagreements on issues and policy which are a normal part of the political process."

"It was not appropriate to have shared a link online which could offend a section of the community without checking how it would appear, what it contained, or the bona fides of the author independently," stated the Panel.

Before deciding to issue no sanction, the Panel took into account the seriousness of the case, Deputy De Lisle's 18 years' experience as a Deputy, the impact of his conduct and various other factors. 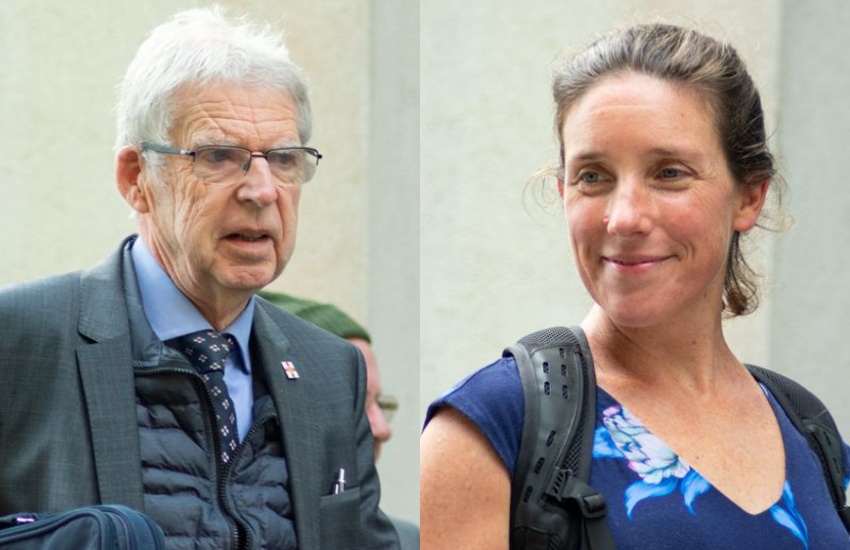 Pictured: Deputies David De Lisle and Lindsay de Sausmarez have disagreed on the best way to reduce the misuse of glyphosate and other weedkiller chemicals which damage the natural environment.

"In considering the scale of seriousness, and taking into account the above factors, we find that, although there was a breach of section nine, there should be no sanction for it," stated the Panel.

Push for a glyphosate ban

In April, Express reported that Deputy David De Lisle had made a commitment to take a proposal to the States to ban the use of glyphosate.

The previous States' Assembly rejected a similar proposal two-and-a-half years ago. But Deputy De Lisle said he was now preparing a second bid in the hope of capitalising on increasing concerns about environmental damage.

Express contacted Deputy De Lisle for comment but he had not replied by the time of publication.

Fort goes blue to highlight condition affecting one in 100 people

Adults waiting up to two years for autism assessments