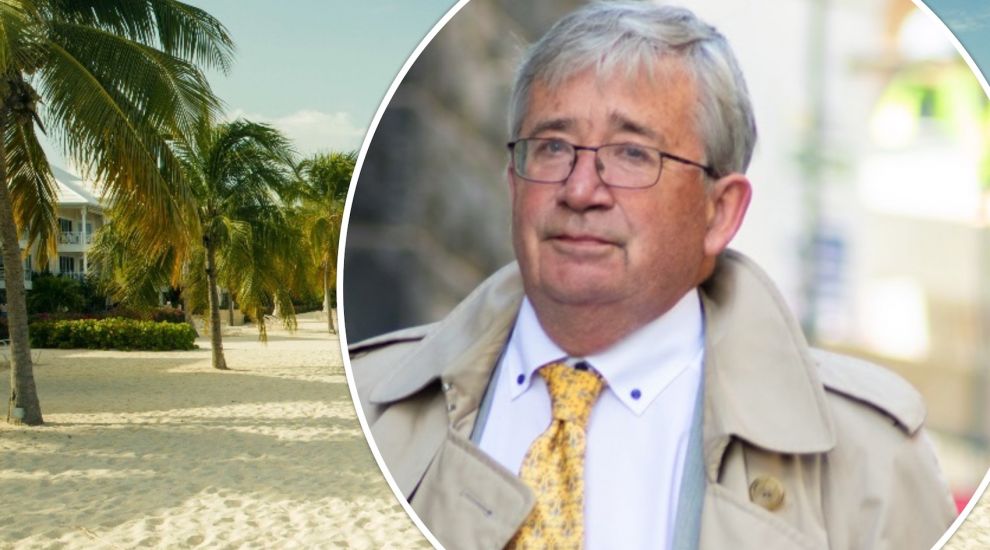 A Guernsey politician has denied that he abused the island’s parliamentary rules when he voted in a debate while on holiday in the Cayman Islands.

Deputy John Dyke, a member of the Guernsey Party, was absent from most of this week’s two-day States’ meeting.

He missed the first seven hours of an eight-hour debate on managing the covid-19 pandemic, but then joined remotely from the Caribbean in time to vote at the end.

Deputy Sasha Kazantseva-Miller said yesterday that Deputy Dyke’s actions were “a clear abuse of the rules”. But Deputy Dyke said he was “slightly surprised that she’s making such a fuss about it”. 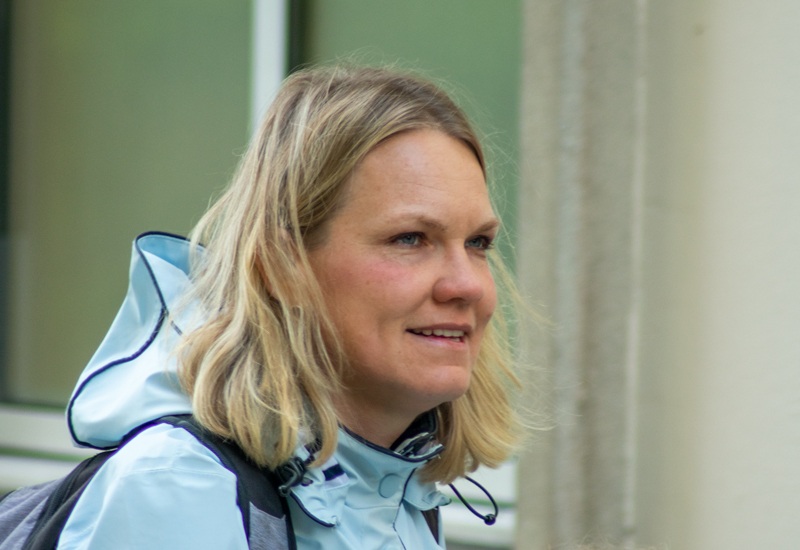 Like in Jersey, procedural rules put in place due to covid-19 allow politicians to participate remotely in States sittings on Microsoft Teams.

Guernsey's rules do not limit the reasons why States Members may attend meetings remotely.

However, section 5 of the Members’ Code of Conduct states: "Elected members must give due priority to attendance at Meetings of the States of Deliberation and should be present in the Chamber when the States are meeting except with reasonable excuse."

Extraordinary, deputy on holiday in Cayman checks into the hybrid States meeting to vote on Covid policy having not participated in any debate.

Pictured: Deputy Kazantseva-Miller was particularly unhappy that Deputy Dyke joined the States' meeting remotely to vote having missed almost all of a debate which went on for around eight hours.

Deputy Kavantseva-Miller said: “It's not about knowing or not knowing that Deputy Dyke would be there. The problem is he was not part of any of the debates. To me, that’s the bottom line of parliamentary behaviour.

“Rules for hybrid meetings were brought in to allow deputies protection who needed to shield or self-isolate during the pandemic…this is a clear abuse of the rules”.

Deputy Dyke told Express that his time in the Cayman Islands was “mostly holiday and some business”.

“At the moment, under the temporary rules, you can attend by MS Teams. I’m not sure how long these rules will continue,” he said.

“Everyone knew where I was. In particular, Deputy Kazantseva-Miller knew I was in the Cayman Islands.

“There was no covert plot or anything, so I’m slightly surprised that she’s making such a fuss about it.”

I did recommend that hybrid meetings should include requirement that States Members could only participate remotely if at home. Dep Queripel objected to any questioning when I asked about putting in place a policy that would work for future meetings.

Pictured: After the States' meeting, Deputy Heidi Soulsby tweeted a reminder that she had suggested restricting remote attendance at States' meetings only to deputies who are at home.

Deputy Dyke said he arrived in the Caribbean two weeks ago, on 14 January. He anticipates returning to the Bailiwick next weekend.

He said that during his time in the Cayman Islands he had joined all of his committee meetings remotely. “I’ve attended all the meetings I’ve needed to – Development and Planning Authority, Scrutiny Management Committee and Scrutiny finance.”

There is a five-hour time difference between Guernsey and the Cayman Islands. States’ meetings start at 09:30 when it is 04:30 in the Cayman Islands. When asked whether he had followed the debates in the States this week, Deputy Dyke said: “I didn’t speak, no.” 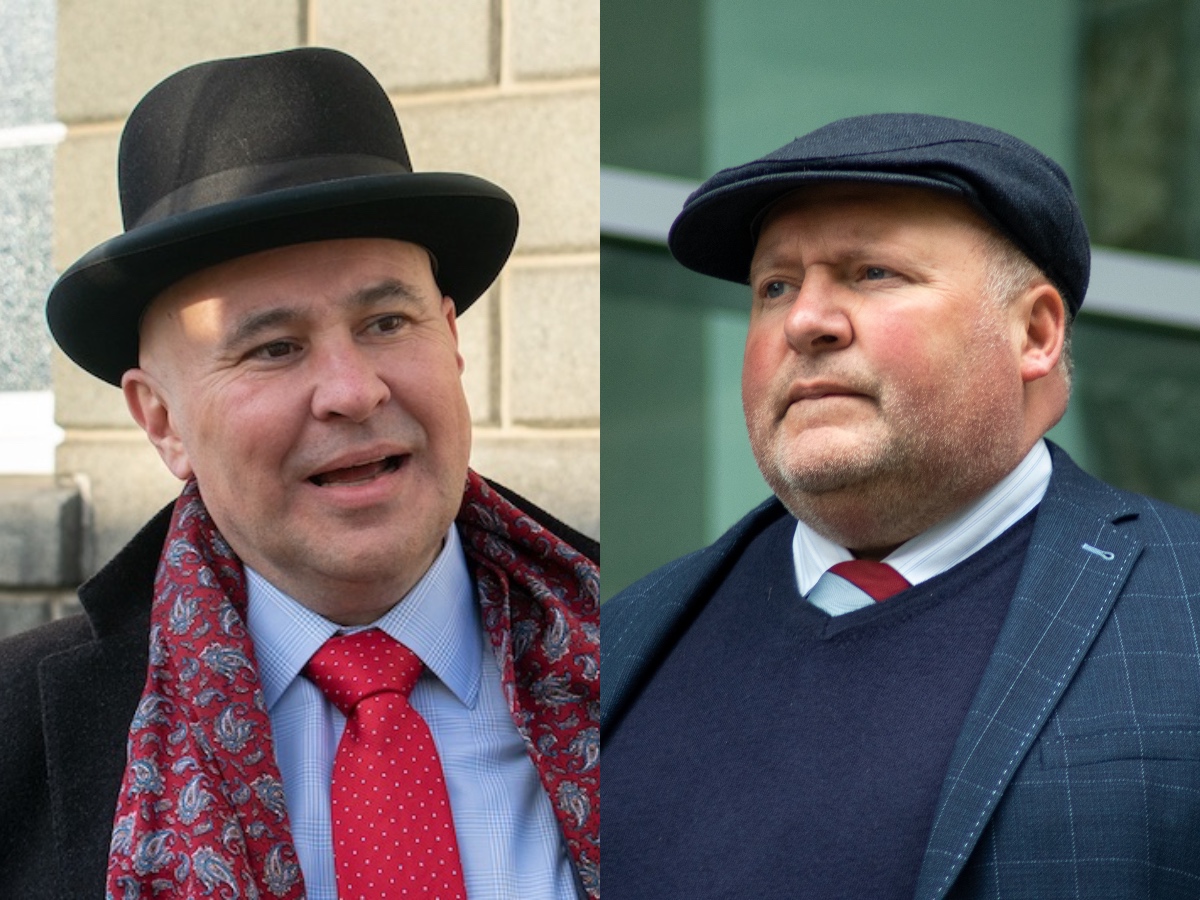 Pictured: Deputies Carl Meerveld and Simon Fairclough - both of whom sit on the committee overseeing States Assembly procedures - said they expected further discussions about Deputy Dyke voting in States' debates while he was on holiday in the Cayman Islands.

Deputy Carl Meerveld, the President of the committee which oversees the running of the island's States Assembly, said the matter “will be discussed at our next meeting”.

“Remember that the States’ Assembly and Constitution Committee helps organise the rules and suggests changes to the Assembly,” said Deputy Meerveld. “The Assembly has the power to create or enact rules, not the Committee, and so the Committee is not the keeper of the rules in the sense of adjudicating breaches. There are separate mechanisms for that.

“The code of conduct panel, as it currently stands, would be the appropriate authority to investigate if there was a complaint or indeed has been a breach.

“There’s definitely an argument that only one of the rules here really applies, which is rule five of the code of conduct, which stipulates that a member should ensure that they are at the meeting, any meeting of the States, unless they have a good excuse, a reasonable excuse.

Deputy Simon Fairclough, who also sits on the States’ Assembly and Constitution Committee, said that before reaching conclusions he wanted to hear an explanation from Deputy Dyke regarding his absence from the meeting.

However, he said that the Committee’s well-known unanimous opposition to extending the use of hybrid meetings beyond the emergency phase of the pandemic was partly “to avoid situations such as this one”.

Express tried to contact the other deputies who are members of the Guernsey Party, including the Party's leader in the States and Treasury Lead for the Policy and Resources Committee, Deputy Mark Helyar, but none of them had responded at the time of publication.