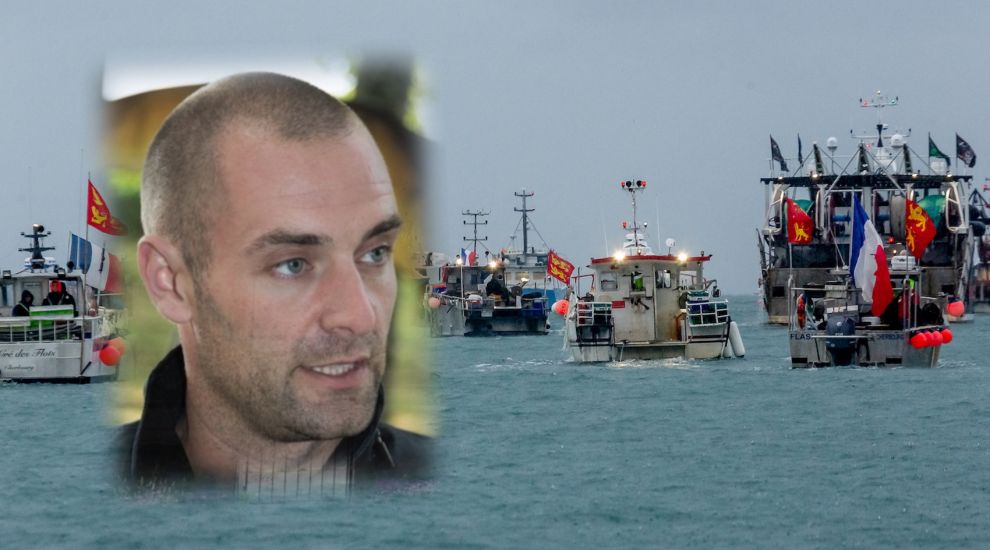 The Harbour Master is investigating an incident between a French fishing boat and local entrepreneur Jonathan Ruff’s speedboat during yesterday’s protests.

Mr Ruff was seen to be taunting the French, as the back of his vessel hit a French fishing boat.

The French boat was then caught on camera ramming into the speedboat in response.

Express understands that the French fishermen were upset by the taunts and close to reacting more seriously to the provocation, and a local fisherman had to intervene to calm tensions.

The Harbour Master is now investigating what happened.

A spokesperson told Express: “The Harbour Duty Manager has spoken to the local boat owner and asked that he submit a report as to what happened. Harbour authorities will then assess this and determine whether further investigation is required.”

Mr Ruff told Express that he didn't expect the incident to be "blown out of proportion" and that he didn't want it to take away from the issues Jersey fishermen are facing, adding his presence in the port was not mean as disrespect towards them.

"We thought we would be one of 100 boats in the water, we got that wrong, we ended up being the only one," he said.

The entrepreneur said that the French fishermen were "aggressive" and gestured with their hands on their throats.

"We stood our ground," he said. "Tensions got a little bit high but that was all fine. It was from a patriotic standpoint rather than anything else."

While he said he knew nothing of the investigation, Mr Ruff said he had been contacted after the "initial bump" and told not to cause any tension.

"It was probably a bit 50/50,"he said. "At the end of the day, he was there to block our port so why the f*** should I let him pass? If someone is trying to get into your back garden, you do not let them in."

Yesterday Mr Ruff also spoke to a number of national media, including the The Sun to whom he said he just "sticking up for the island and doing his patriotic duty" and The Irish Times, describing the French as the "invaders".

Posted by Martin on May 10th, 2021
Whilst SOME may consider Mr Ruff to be out of order let us not forget WHERE this took place & the overall reasoning!

I shall not be specific but what do we think would happen if the Jersey Fishing flotilla blockaded St Malo.

^
Posted by Keith Marsh on May 10th, 2021
Nothing to see here ~ Case Closed
Posted by Paul Acton-Phillips on May 10th, 2021
When children throw their dummies out of the pram the best course of action is to ignore them they will stop when they see that they are not getting the response they seek.

Maybe it would be better to let those that have a long local history respond to the problems that concern them.
To place a comment please login Login »