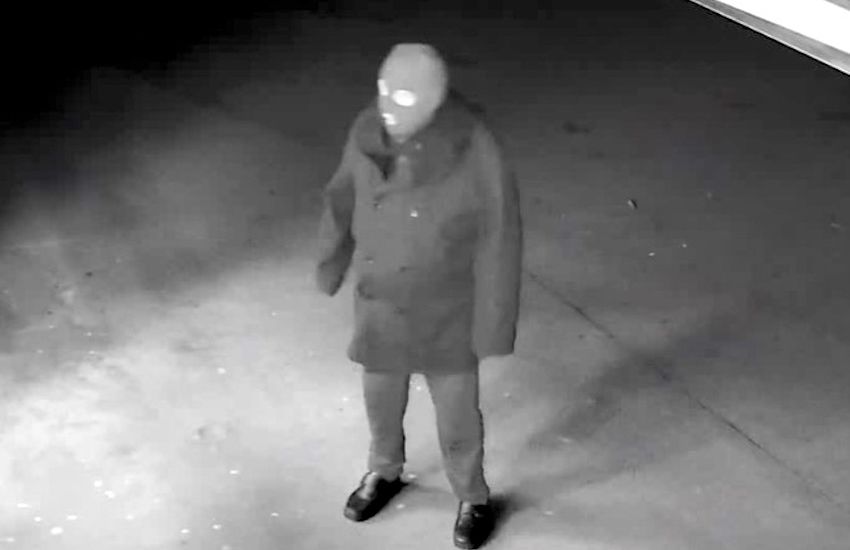 Police are hunting a mysterious masked thief, who broke into a supermarket by forcing a motorbike in through the glass doors to steal a case of beer.

Although he was captured on CCTV, the marauder made sure to conceal his identity under a balaclava.

But this wasn’t his only identifying feature, as Police say that he also “had a bit of a belly showing” under his buttoned-up coat.

Pictured: The masked man broke into Wine Warehouse at the back of Five Oaks Morrisons in the early hours of Thursday.

The break-in took place in the early hours of this morning (Thursday 23 January) between 02:45 and 03:00 at the Morrisons Daily/Wine Warehouse store at Five Oaks.

The Force say that he reportedly “forced the Wine Warehouse store doors open by pushing a motorbike that was parked nearby into the glass and then physically pushing and pulling on the damaged doors".

“He got his arm in far enough to steal a case of Corona beer from inside the store. He left the motorbike on the floor and walked off with the beer under his arm," they explained in an appeal for witnesses. 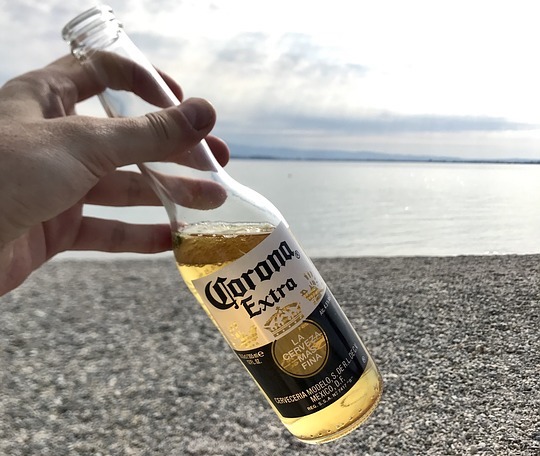 Pictured: The man stole a case of Corona.

Police describe the late-night beer bandit as “wearing smart shoes and trousers and had a double-breasted type coat, with a wide collar, buttoned up".

They added: "The coat sleeves looked a bit too long for him. He was also wearing a pair of leather gloves and a ‘balaclava’ over his head.”

Anyone who witnessed the break-in or who has any information about it is asked to contact Police on 01534 612612 or anonymously through Crimestoppers on 0800 555 111 or via their online form.