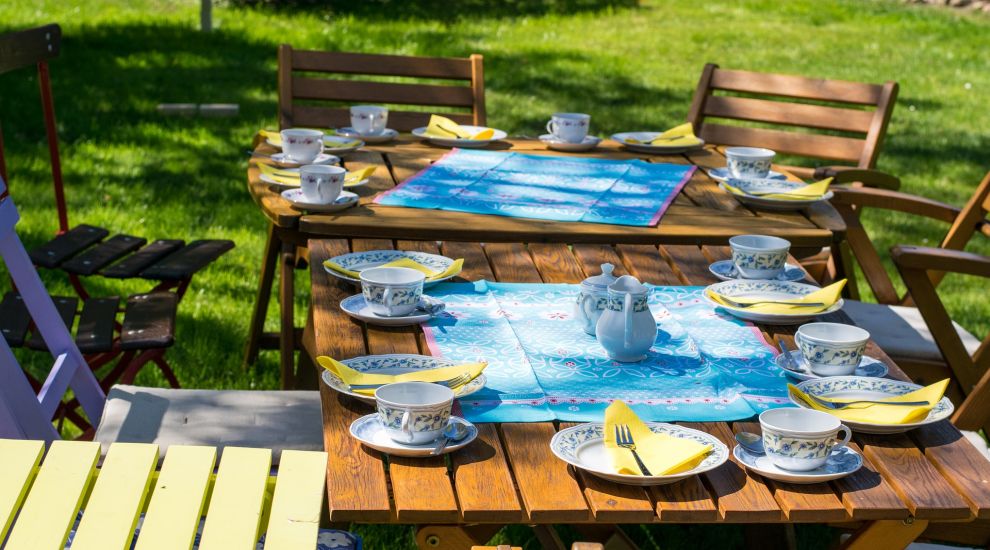 Restrictions on the number of people that can attend a gathering in a private garden have been lifted today, and covid support schemes for businesses are being extended, the Government has announced.

The co-funded payroll scheme has been extended into September and other business support packages extended to next March.

As previously indicated by the Economic Development Minister, the Government has now announced that the wholesale and retail industries, as well as health and wellbeing businesses, have been added to the co-funded payroll scheme, which will run up to the end of next month, with claims for September to be made in October.

The Visitor Attraction and Events Scheme and Visitor Accommodation Support Scheme have both been extended until March next year, with claims for that month to be made in April.

The Fixed Cost Support Scheme will also be extended to March 2022 for business connected to the events sector. Close-contact personal services, such beauticians and health and wellbeing practitioners, will be able to claim until September, at which point it is expected that the work-from-home guidance will be relaxed.

Ministers have also relaxed restrictions under the law on how many people can gather in private gardens. The current limit of 20 people will be removed to bring the requirements in line with those for outdoor public spaces. Indoor limits remain.

The change follows complaints from the events sector that some private events had been unable to go ahead due to the guest limits in private gardens, even though there were no limits on events in other outdoor spaces.

Prior to the support schemes' extension, the sector had also expressed concerns about the lack of guaranteed financial support beyond August, given many large-scale events were being cancelled, in an open letter.

Treasury Minister Susie Pinel said: “These schemes have been important pillars in our support for businesses and employees during the pandemic, and it is right that we extend them to the end of September, by which time we expect trading conditions to have improved.

“The majority of the additional spend required to extend these schemes will be met by the existing Economic Recovery allocation for 2021, and I have allocated an additional £3.6m for the Co-Funded Payroll Scheme."

CLICK HERE for more information on the gathering rule changes.

Business support schemes could be extended through winter