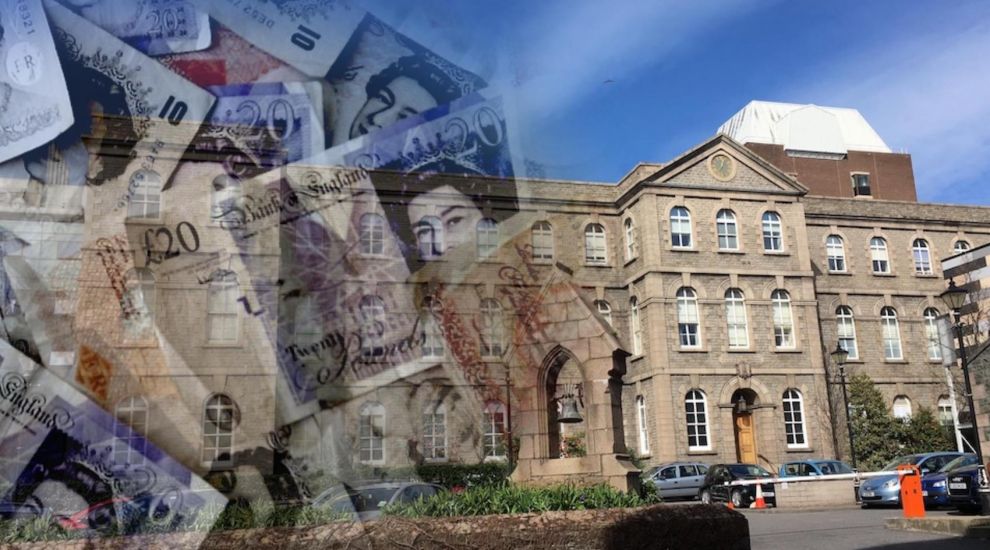 Jersey’s new Director General of Health has handed her former colleague of almost a decade a 12-week consultancy contract worth £45,000 – plus accommodation and flights, allowing her to commute to the UK every fortnight.

Caroline Landon, who was involved in recruitment for the £750-a-day role, worked with Senior Nurse Charlotte Hall at various NHS hospitals in the UK.

Ms Landon, who was appointed in December, and Ms Hall worked together over a nine-year period between 2008 and 2017 – firstly at Oxford University Hospitals, and then at the Epsom and St. Helier NHS Trust.

Pictured: Ms Landon and Ms Hall worked together over a nine year period between 2008 and 2017.

Questioned by Express over the pair’s previous working relationship, a government spokesperson said that the Director General declared that she knew Ms Hall during the process.

They also emphasised that this recruitment was no different to any other, as Ms Landon’s status as Director General means she has oversight of all appointments.

Clarifying the details of Ms Hall’s interim contract, the spokesperson explained that the role is paid at £750 daily, with the former NHS Chief Nurse working in Jersey two weeks per month. This means that her six-month contract in Jersey should total £45,000.

The Health Department is also paying for her accommodation in the island and her return flights to the UK.

While the spokesperson said this is “in line with the normal travel and accommodation policy for contract and interim workers”, when pressed, they later added that they did not know how much this would cost taxpayers.

“The full cost will not be known until the contract has ended. But the flights and accommodation, in line with Government policy, will be at the lowest price available at the time,” they told Express.

Having joined in May, Ms Hall is now said to be “working with Health and Community Services to strengthen [its] arrangements around risk and governance” in response to recommendations by the Comptroller and Auditor General.

“She is also supporting the Chief Nurse [Rose Naylor] with her portfolio of work while the Department implements the new organisational structure for Health and Community Services,” the spokesperson added.

Pictured: The Chief Minister defended the use of expensive consultants to the hilt in the latest States Assembly.

The news comes after the Chief Minister defended the use of highly-paid government consultants last week.

In response to questioning from Deputy Mary Le Hegarat during the last States Assembly meeting over the number of consultants employed on temporary contracts or from outside Jersey, Senator Le Fondré confirmed that there were as many as 509 individuals are employed in the Government in such roles.

Speaking in his role as Chairman of the States Employment Board, the Chief Minister later stated: “Yes, there’s been some great headlines about what individuals are earning. If an individual is earning £150,000 as a result of consultancy fees, say, but they deliver savings of half a million or a million pounds a year – they’ve paid for themselves. That’s what we’re doing. And then when they have done their job, they go.”

Posted by John Carlow on Jun 10th, 2019
Can this really be true, can the Government we’ve elected not view how disastrous these stories are to the general working public.
To pay someone almost £1000 a day plus their travel and hotel accommodation is ludicrous especially when so many pay negotiations are being declined because of the offers to pay.
How are the elected feeling whilst reading these payments to outside consultants because no-one here is really educated enough to fulfill these roles
Posted by L Brindle on Jun 10th, 2019
Perhaps the chief minister would like to share with the tax paying fraternity just how much saving has been achieved since Jersey engaged all these consultants. Let me guess the answer.....we'll have a review next year when everyone's forgotten what the question was.
Posted by Philippe Carré on Jun 10th, 2019
This motley crew have no idea what they are doing! My “taxable” old age pension is paying for another UK not needed consultant- disgusting!
Posted by Patrick Gormley on Jun 11th, 2019
I think it's time the good folk of Jersey rose up and protested on the streets to get rid of all these "so called " consultants / advisers. Is this woman paying any tax on this huge wage ?????
Time for the " grey man " to go
Posted by Jean Lelliott on Jun 11th, 2019
This is a disgrace. No wonder Jersey is bankrupt.
To place a comment please login Login »

INSIGHT: The cracks in the General Hospital