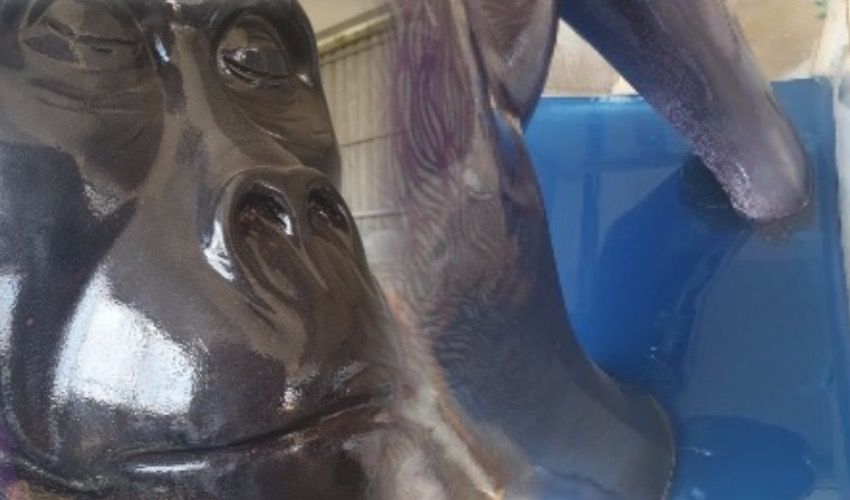 As the ‘Go Wild Gorillas’ sculpture trail went live on Saturday, some people looked in vain for one at Plemont - but the construction of that particular gorilla has been delayed by the recent hot weather.

‘Relic’, the gorilla designed by Will Bertram and sponsored by the Atlantic Hotel, should be out in the wild later this week.

He will join the other 39 life-size sculptures of silverbacks which have been decorated by local and international artists. The 'Go Wild Gorillas’ public art trail - launched by Durrell in partnerships with Wild in Art – went live on Saturday to help celebrate the charity’s 60th anniversary and raise funds for a new state-of-the-art gorilla house at Jersey Zoo.

Islanders and local businesses went wild over the weekend as the island woke up to the troop of sculptures. But one was missing... Relic was not quite ready for the launch and some regretted his absence when they ventured out in Plemont to try and catch sight of him.

As Will explained, there is a very good reason for the delay: last week’s hot temperatures prevented the resin around Relic’s feet from setting. The design imagined by Will is unique in that it is the only one whose base has been altered to convey the message behind it. 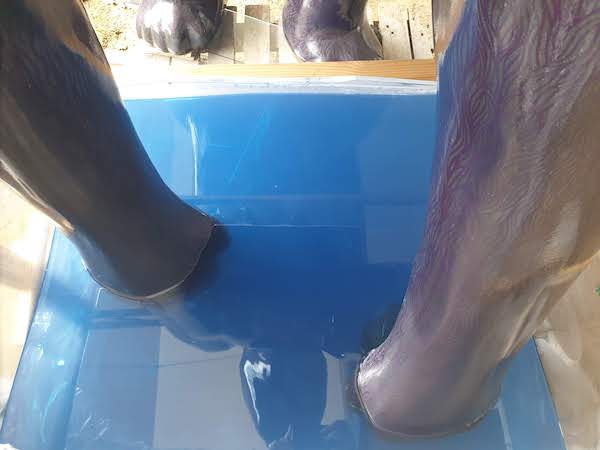 Pictured: Relic's front paws are encased in resin to represent a thawing block of ice.

“I like to think that I’ve created a piece that is playful and visually impactful, but also thoughtful and considered,” Will  added.

He took Will between 80 hours and 120 hours to finish ‘Relic’ which involved spray-painting and drawing by hand, in a style similar to his illustrations. “I wanted to create something with longevity, that fits within Durrell’s ethos and conveys message of conservation, but may also stand alone as a piece of art,” he said.

He even went as far as filling the eyes of the gorilla to make it look as if it was asleep and added “a bit of a lip” as if it was snoring.

While the first stages of the process went well, Will admitted that when he designed Relic he didn’t really think how he would achieve his desired result. As he had never used resin before, Will therefore found himself at a loss when it came to creating the ice block around Relic's feet.

After asking many questions of professionals, he met Ryan Hervé, who creates bespoke, custom surfboards. Ryan happily shared his expertise with Will and even allowed him to use one of his greenhouses for the start of the process. “It was quite fitting to have relic in a tropical green,” Will said.

'Jersey Sandman' Andy Coutanche, who created his own gorilla on display at El Tico, provided help by creating a perspex box with wooden shuttering to ensure the resin could be poured safely, as well as shaping it to make it look like a melting block of ice.

“It has been a challenging process involving new techniques and materials, giving me the opportunity to collaborate with creatives I would not have otherwise,” Will said.

As Relic represents “the last of his kind in a not-so-distant future, the sole survivor of extinction, he acts as the sombre reminder of the damage humans have caused the planet, as well as a beacon of hope for a more conscious age, Will said.

Therefore, Will said it's quite ironic that a heatwave prevented the piece from being finished. “The block of ice is melting, and Relic looks like it was frozen in time to save the species, it’s like the undertone of what’s going in the world, but with a hopeful twist in it,” Will said. “It was very fitting with the heatwave!” 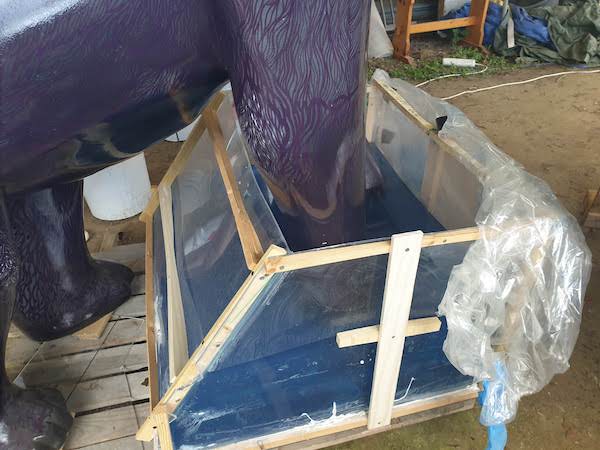 Pictured: The second layer of resin cracked due to the heat.

While the first layer of resin fared well in the heat, the deeper the resin went the more pressure built up. But when it came to the second pour last Tuesday, on what was the hottest day, the resin cracked as it couldn’t handle any more Will said.

“I started working on the resin probably a month ago, what I thought would be a week turned into a month with the weather and all the variables with the resin.”

Will is hopeful that Relic will be ready to be released later this week and thanked his sponsors, the Atlantic Hotel, for their patience. “They are so passionate about working with Durrell and working with artists that it really is an honour to be sponsored by them,” he said.

“Their connection to the ocean, and emphasis on relaxation and tranquillity is perfectly represented by the ice block Relic is encased in, and his subtle sleeping face, but their partnership with Durrell and conservational awareness is also represented within the design, beautifully tied together by its location.”