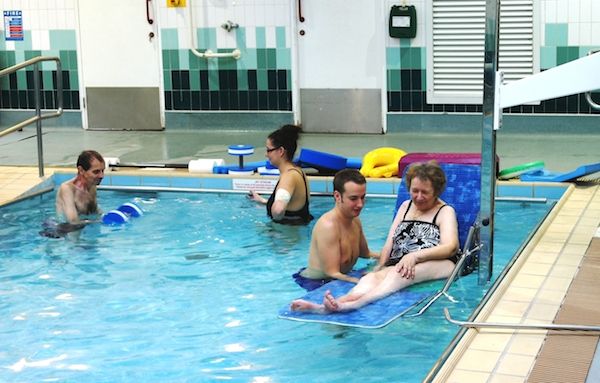 Ever fancied swimming the Channel but not keen on taking a dip in the sea?

One local charity hopes people will take up the challenge in one of the Island’s pools instead.

It’s one of Jersey Cheshire Home’s ideas to fundraise this year and get the money together to pay for a big refurbishment of its hydrotherapy centre.

The Home’s 25 residents use the centre every day for physiotherapy and other activities that the charity says are vital for their rehabilitation, recovery and well-being. The facilities are also used by nearly 300 outside users each week including Islanders with MS and Parkinson’s.

But it was built 20 years ago and hasn’t been updated since and with dated changing rooms, feeble showers, swimming aids now in disrepair and a silent sound system, the charity says a refit is well overdue.

They say it will not only freshen it up and modernise it but energy efficient boilers and pumps will help them save on operational costs and reduce the pool’s carbon fuel consumption.

Work on the £305,000 project has already started using the Home’s reserve funds so the charity is now working hard to replenish their coffers as soon as possible.

They have a few other activities planned this year that they hope will get the money coming in and want Islanders to join them for their Bank Holiday Race Day at Les Landes on 31 August, or run aqua fitness classes, quiz nights at local pubs and support them when they are collecting around the Island.

Click here to visit our charity section for more information about Jersey Cheshire Home and other local charities.

"It is amazing to see the progress he is making"