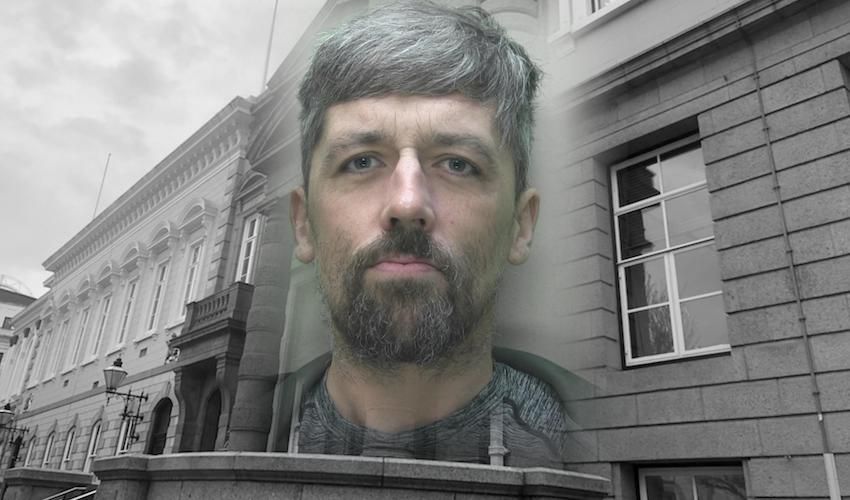 A heroin addict, who brought just over three grams of the Class A drug with him to Jersey so he could “wean himself off” before starting a detox programme, has been jailed for three-and-a-half years.

Graham Keddie (41), who turned to drugs after the breakdown of his marriage and the death of his mother, came to the island earlier this year to “get clean”, but now faces a lengthy prison sentence.

Keddie today appeared in the Royal Court for sentencing, where it was heard that the 3.35grams of the drugs – said to have a street value of between £2,500 and £3,500 – which he smuggled internally were for his own personal use in case he couldn’t get on a detoxification programme immediately after arriving.

Pictured: The defence lawyer told of his client's battle with addiction.

The programme uses a course of a drug called methadone, which replaces heroin and other opioids – including codeine, opium and morphine – and aims to stave off cravings and ease withdrawal symptoms so those addicted can re-establish a quality of life and feel more able to come off drugs completely.

People on such a programme will receive gradually reduced doses of the heroin replacement so that eventually the person is clean from both substances.

Keddie says he brought the drugs with him so that, if he couldn’t access a methadone programme straight away, it would tide him over until he was able to detox.

He was stopped and questioned by Customs Officers after arriving on the island in April on the Condor Liberation from Poole. Keddie told the officer that he’d come to Jersey to find bar work and he knew someone in the island who would help him find work and a place to stay. 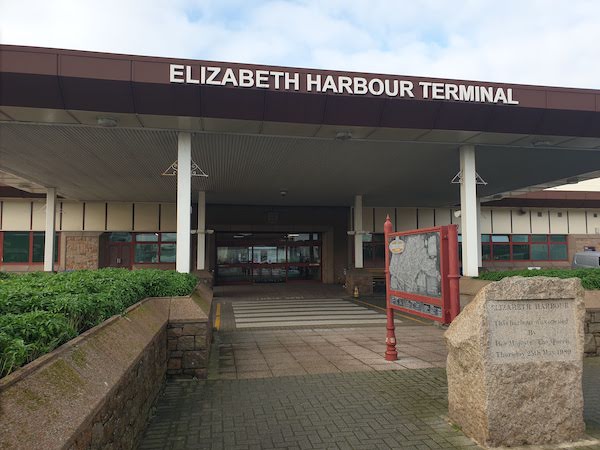 Pictured: Keddie was apprehended at the harbour.

After finding traces of drugs on his phone and drug paraphernalia in his bag, whilst being detained in the custody suite at the ferry terminal, Keddie ultimately admitted to officers that he had “18 brown packages inside me for personal use.”

Crown Advocate Conrad Yates, appearing for the prosecution, accepted that the drugs were for personal use, but that with any importation there is always an “unquantifiable risk” that the drugs will end up on the market.

On this basis, he recommended that Keddie be sentenced to four years’ imprisonment.

“He’s not a bad man, he’s an addict,” Advocate Heywood told the Court, explaining that he had come to Jersey to get away from the drugs community in Liverpool and he had brought the supply of heroin “to wean himself off with a view to completing a detoxification.”

The lawyer continued by describing the 41-year-old’s life so far as one “of two halves” – “the half of his life before the breakdown of his marriage and the death of his mother” and the more recent half after these events around 2007.

Pictured: The 41-year-old was jailed for three-and-a-half years.

Advocate Heywood said that his client’s drug use became “much more significant” after these personal difficulties, and that it was while Keddie was serving time in Liverpool for offences relating to cocaine and cannabis that “he was introduced to and became addicted to heroin.”

“And that is the beast he has wrestled with ever since," the defence lawyer said.

Handing down the decision, the Bailiff - who heard the case with Jurats Grime, Averty, Olsen, Ronge and Dulake - acknowledged Keddie’s personal struggles and addiction, adding: “...The Court hopes that you will get past them and being in prison helps your journey in that respect.”

Keddie was then sentenced to three-and-a-half years’ imprisonment.