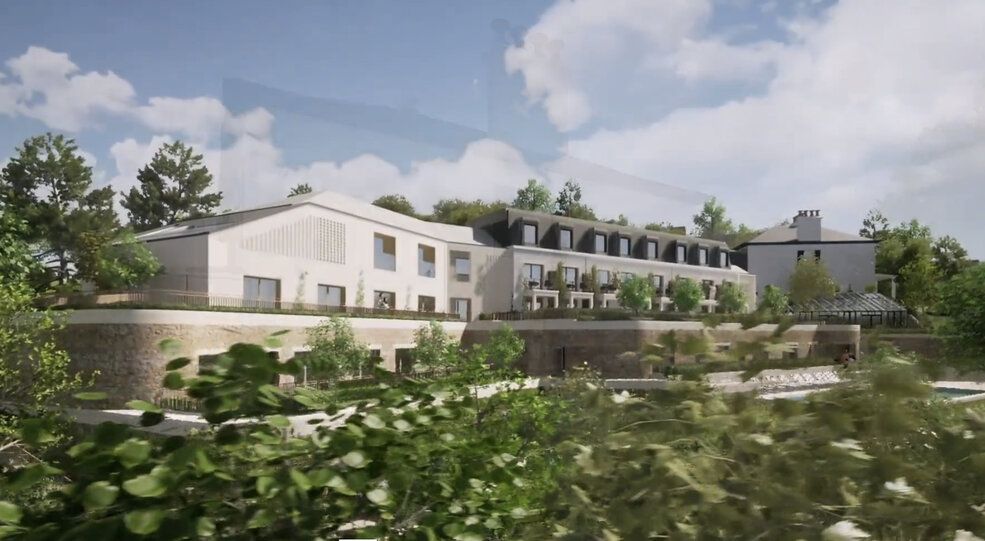 A local gallery owner has shared his £14m vision to turn an ageing former hotel at Millbrook Park into a five-star art-themed establishment, complete with cooking school and spa.

Lance Trevellyan, of CCA Galleries in Hill Street, said that he hoped Millbrook House Hotel would not only offer guests a luxurious experience, but also showcase the talents of local and international artists.

Subject to planning approval, Mr Trevellyan wants to invest more that £14m into the property and its surrounding grounds, which are at the bottom end of Waterworks Valley and currently accessed from Rue de Trachy,

The plans include creating 39 hotel bedrooms, seven self-catering units and six eco-pods; a spa and wellness centre; a cookery school with associated restaurant; and staff accommodation.

Video: A video of how the hotel will look, if approved by Planning. (TCAssociates)

The surrounding gardens of the hotel - which has been closed for three years - will be restored, as will the listed original villa building, its associated gatehouse and a cart barn.

There will also be an outdoor pool, a kitchen garden, an art and yoga studio, and a new access road onto Chemin des Moulins, which is the Waterworks Valley road.

Mr Trevellyan said: “We may live in uncertain times now but given that the build time is 20 to 24 months, you have to have confidence in the future, when we will be living in a covid-manageable world.

“I also have huge confidence in Jersey as a tourist destination, so now is exactly the right time for this project." 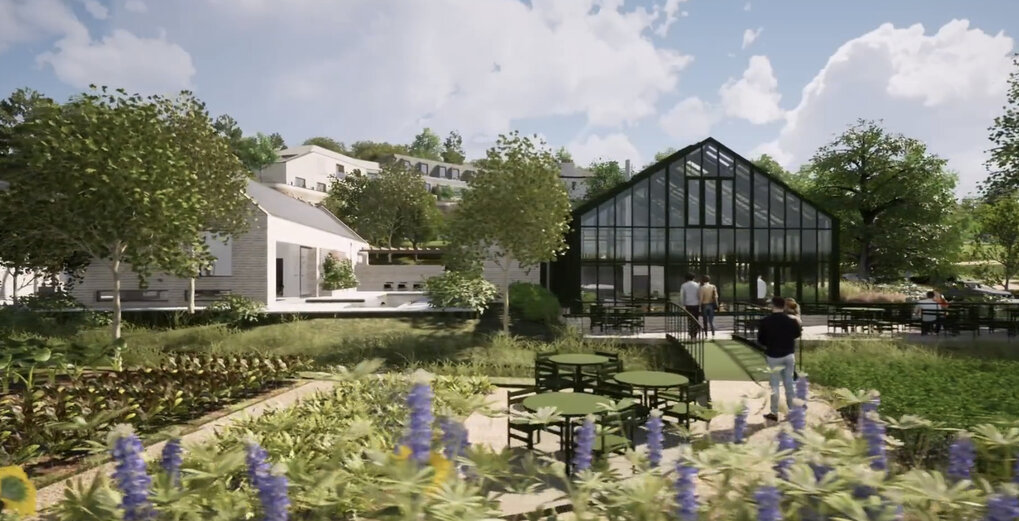 Pictured: An artist’s impression of the restaurant, cooking school and kitchen garden. (TSAssociates)

He continued: “The island’s heritage, its quality of life, its safety, its ocean- and farm-to-plate cuisine and - from an artist’s perspective - its amazing light, is a real draw and I think more and more tourists, especially from the UK, will want to come here.

“Millbrook House Hotel is a hidden gem which has a touch of magic about it; I see nothing but sunshine and blue skies ahead.”

Mr Trevellyan added that the hotel would not only feature art throughout but also hold art courses, such as printmaking, using the expertise and connections of CCA and Worton Hall Studios, which he also owns.

“Not only have we amassed quite an art collection over 40 years, which we can bring to the hotel but we also have links to a number of Royal Academy artists who are able to contribute.

“However, the hotel will also have a focus on established and up-and-coming Jersey artists. I want to create an ambience that is homely and eclectic rather than highbrow.”

He added that the hotel - and its building - would also be eco-friendly, energy efficient, and have a low-carbon impact.

If approval is granted, it is hoped that Millbrook House Hotel will open in 2023.

Posted by Scott Mills on Mar 10th, 2021
Isn't that just another way of saying "Art gallery B&B style". Maybe it could star in Channel 4's, Four in a Bed!!!
To place a comment please login Login »