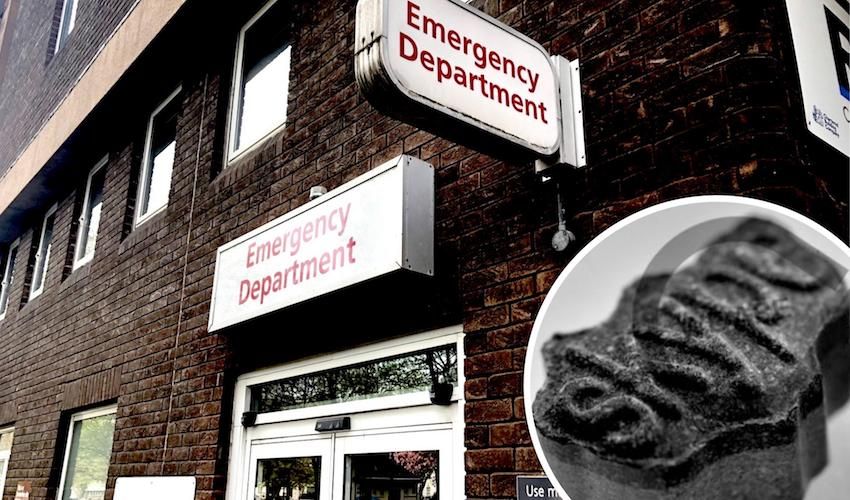 A “very high strength” batch of ecstasy that has “never been seen before in Jersey” and recently left UK festivalgoers fighting for their lives has resulted in islanders being sent to hospital.

Officials said some of the five islanders taken to A&E in recent weeks had taken a form of the drug known as ‘Skype’, as they issued an urgent caution to all potential users.

“…There is no way of telling what is in a tablet or how strong it is – there is no quality control on street drugs,” Simba Kashiri, Acting Team Manager of the Alcohol and Drug Service, warned.

“Ecstasy can affect the body’s temperature control and dancing in a hot atmosphere also increases the risk of overheating, which can be deadly.”

He added that the SKYPE tablets in particular were “reportedly very strong”, adding that it was the “first time” the service had been aware of them circulating in the island.

The news comes around five months after a 19-year-old was arrested and dealt with in the Royal Court for importing such tablets in March 2019.

Health officials described the pills in recent circulation to Express as "layered dark purple and pink and are in the shape of the Skype logo with the word Skype embossed on them", but said they didn't have any information on the exact strength of the tablets.

'Skype' pills have also been a source of extreme concern in the UK.

According to reports, five Parklife festivalgoers were left fighting for their lives in July after taking the pills, which are reported to contain 250 to 300mg of MDMA - triple the amount usually found in such pills.

Drug awareness and testing charity The Loop recently put the drug on a list of the top 10 strongest pills they have come across at festivals this summer.

#harmreduction is our mission, our motto & our mantra! Here are the 10 highest strength pills tested by the Loop this summer, all 200+mg MDMA. These pills, like most tested by the Loop in 2019, contain 2+ x an average adult dose of MDMA. Take care of each other#StartLowGoSlow pic.twitter.com/05AkpVgQOw

Jersey’s Alcohol and Drug Service has since issued the following advice to potential users of MDMA (referred to colloquially as ‘ecstasy’):

Islanders requiring further confidential information or advice should call the Alcohol and Drug Service on 445000.

Pictured top: Five islanders have been hospitalised in recent weeks due to 'SKYPE' MDMA pills. (The Loop)