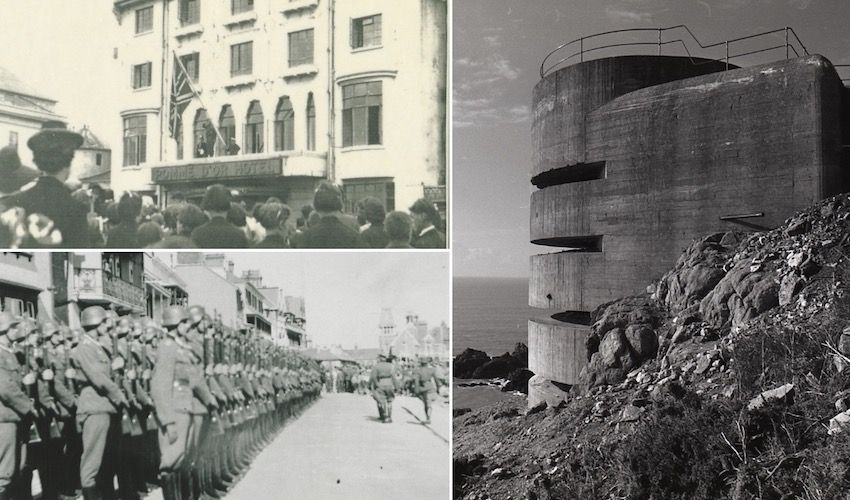 The talks will take place at the Archive, looking at different aspects of the era, including the newly-opened Political Prisoner’s Register from the Occupation years, first-hand stories from islanders who lived through the harrowing Occupation years, and Occupation stories relating to specific areas of Jersey.

Pictured: Maurice Green was the only diabetic in Jersey to survive the Occupation (Jersey Archive).
The Archive is also celebrating a milestone of its own in the summer and will be inviting a ‘special guest speaker’ for its 20th anniversary in July, as well as hosting tours of its newly-finished strongroom.

Additional guest speakers will include Liberation expert Mark Lamerton, who will give an extra talk in May about Liberation and Paul Burnal, of the Channel Islands Occupation Society (Jersey), who will talk about the Noirmont Command Bunker in November.

Pictured: One of the talks focuses on the Noirmont Command Bunker (Jersey Archive).

Jersey Heritage’s Senior Archivist Stuart Nicolle said: “This is a huge anniversary year for the island and it feels appropriate that we reflect that in our ‘What’s Your Street’s Story?’ programme.

“The Occupation and Liberation period is a fascinating time to study and we are grateful that Benest & Syvret have chosen to support the programme so we can continue to tell the public some of the amazing stories from the archives. Last year was our most popular yet for the series, with record numbers attending our talks, and we look forward to continuing that success in 2020.”

Pictured: The newly named talk series centres around stories from the Occupation to mark the island's milestone anniversary (Jersey Archive).

The first WYSOS talk takes place today (18 January) when Jersey Heritage’s Archives and Collections Director Linda Romeril will talk about the archives that were opened to the public for the first time in 2020, including the Political Prisoner’s Register.

The talks are free and start at 10:00 and organisers have advised that they are “always popular” so visitors can reserve their places by emailing archives@jerseyheritage.org.

GUIDE: The full programme for 'What’s Your Street’s Occupation Story?'...

Dogwalker discovers bottled message from the past