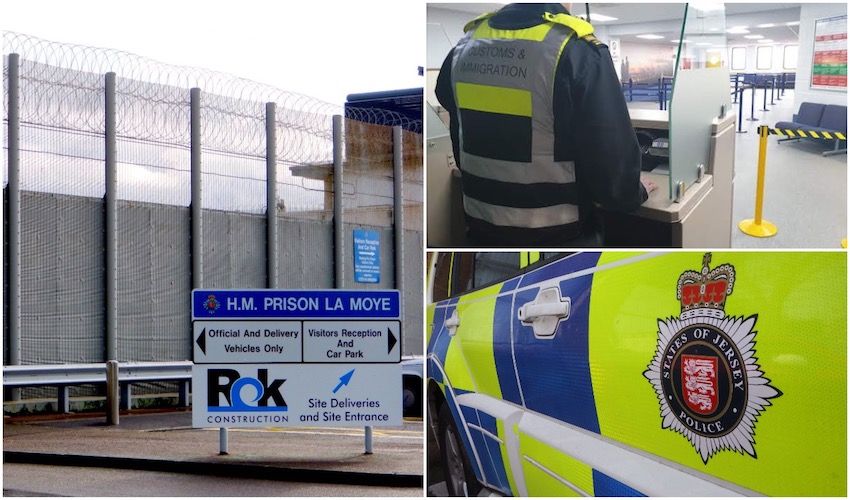 Jersey’s Home Affairs department is on course to make £1.6million in savings this year – a third of which will come from removing jobs in Customs and the prison.

In his response to a Scrutiny Panel’s report on the Government’s four-year spending and savings programme, the Home Affairs Minister Constable Len Norman confirmed that in September 2019, he had agreed £700,000 of efficiencies, and, although “at the time this was accurate”, the department has since upped that target to £1.59m.

But while much of the figure comes from changes to processes, nearly a third of these efficiencies - £450,000 - come from staffing changes under the Government’s restructuring programme, called the Target Operating Model.

These include the removal of two Director posts in JCIS – given as saving £200,000 in the Government’s Efficiencies Programme 2020-23.

Pictured: Two Director posts have been removed from the Jersey Customs and Immigration.

When asked by Express how many Customs are being removed, what they were and if they were roles that are currently filled, a Government spokesperson said: “[Justice and Home Affairs] consulted on the removal of two Director posts in the Customs & Immigration Service in February 2019. The final structure will be determined following the conclusion of the further Target Operating Model consultation which is underway at the moment.”

The Government refused to comment further on what specific roles were being removed, or if they were currently filled, citing the ongoing implementation of the Target Operating Model - a blueprint for the government's new hierarchy -  as justification.

The Home Affairs department has removed two unfilled, but funded posts at the prison, saving £80,000 according to the Efficiencies Plan document. It has also cut four posts at the prison “in relation to Health and Safety, vocational training, facilities management and security” through an overhaul at La Moye last year – saving £250,000.

The Government spokesperson added: “the functions are all being covered in alternative ways which deliver an effective but more efficient service.”

However, they did not clarify whether these roles were filled at the time the government removed them from the department structure amid large-scale changes as the new Target Operating Model is put together.

The news comes after Express revealed yesterday that the Target Operating Model had fallen months behind schedule and will not be in place until March.

Pictured: Government is undergoing a massive transformation through the new 'Target Operating Model'.

Elsewhere in the savings regime, Home Affairs will generate £193,000 “through bringing Jersey passport and immigration fees into line with UK Passport and Immigration fees” – a measure introduced at the end of last year.

The spokesperson also told Express that a further £367,000 will be achieved “in savings on overtime, absence management, reducing fixed-term contracts and changing the way that we manage agency costs.”

They continued: “In addition, we will deliver efficiency savings through a review of inconsistent business practice across the services e.g. procurement, ordering etc; to improve quality and efficiency of business support and administrative functions across JHA; strengthen and improve effectiveness of approach to training and development.”

Constable Norman also promised £200,000 worth of savings to be made in the Police force, but when asked by Express about this, the Government said: “This will be determined by the new Chief of Police upon review.”

Posted by John Henwood on Feb 21st, 2020
My initial reaction is, what, less than half a million saved? It doesn't seem very much against the budget. I don't know enough about Customs to offer a view, but I did some research on prison staffing a while back. It emerged that Jersey's prison has a staff to prisoner inmate ratio several times greater than that of the UK and one wonders why, bearing in mind our prison (or as Helier Clement used to call it the La Moye Hilton) does not house the sort of criminal to be found in some of the more secure units in the UK. In addition, our prison warders are paid around 40% more on average than their UK counterparts and have much more generous terms and conditions. Doubtless they are doing a good job, so this is not criticism of the staff, but without doubt this is plenty of room for economic measures.
Posted by Ang Smith on Feb 21st, 2020
This is disgusting and shameful!! Hard working jersey people are losing their jobs, while this sham of a government spend more and more on consultants from the UK!!
To place a comment please login Login »