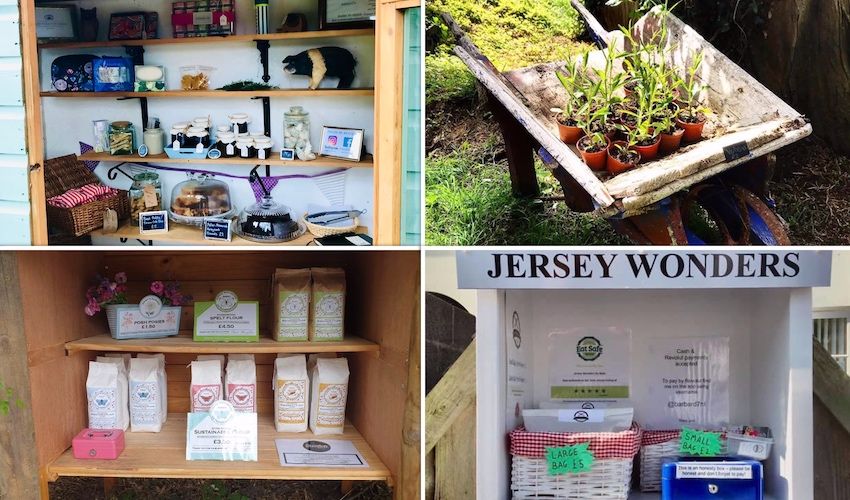 Honesty boxes are no longer just reserved for fruit and veg...during lockdown, stalls have been populated with homemade cakes, fudge, jams, cordial, Jersey Wonders, sustainable flour and even seedlings and plants.

According to the Hedge Veg Map, there are now over 75 honesty boxes and stalls around the island.

But not only has the number of stalls increased, there is now a wider variety of produce than ever on offer. 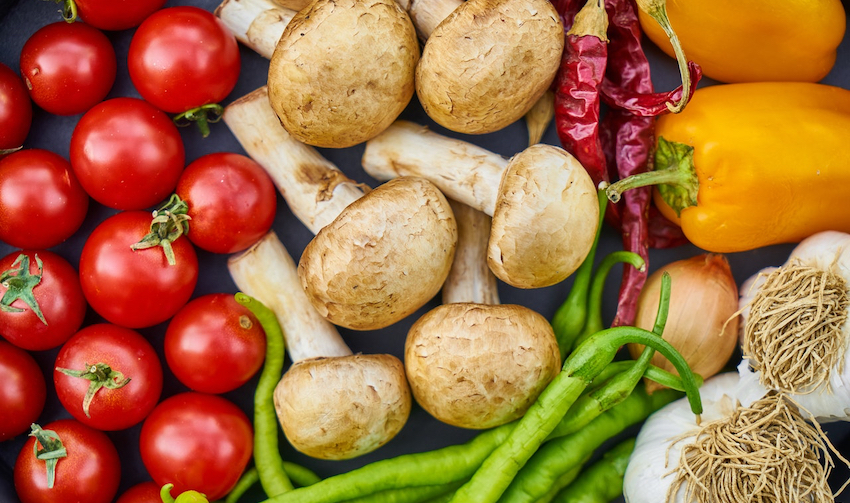 Pictured: Fruit and veg are no longer the only ones featuring in honesty boxes.

During lockdown, a number of islanders decided to expand the concept of Honesty Boxes beyond the traditional fruit, veg, eggs and meat they normally offer.

Stalls have sprouted across island offering baked goods, such as cupcakes, cookies, Jersey Wonders and even dog biscuits, as well as elderflower cordials, fudge, jams, seedlings or plants.

Islanders seem to have welcomed the trend, with over 5,000 of them joining the ‘Jersey Honesty Box’ Facebook page after its launch in early April. 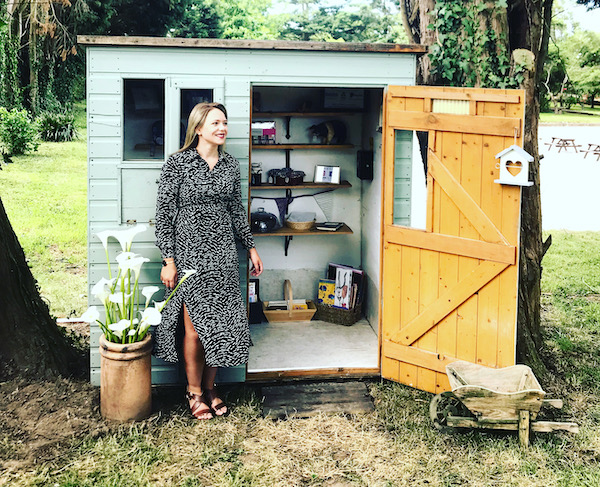 Pictured: Daisy's 'Honesty Hut' is based in St. Lawrence.

For Daisy Larbalestier, the honesty box is not just a trend, however, it's a full grown-business and a dream come true.

After studying Home Economics for her GCSEs and A-Levels, Daisy went on to Highlands College to gain a Diploma in Culinary Arts. After work experience in Michelin Star restaurants, she was planning on becoming a chef, but “inevitably found herself down a different path altogether”.

That was until the covid-19 pandemic led Daisy to set up ‘Daisy’s Country Bakes’ to sell “freshly baked goods and country delights” – including preserves, gifts, plants and flowers - in a ‘honesty hut’ based near Joe Friere’s roadside stall on La Route de St Jean. 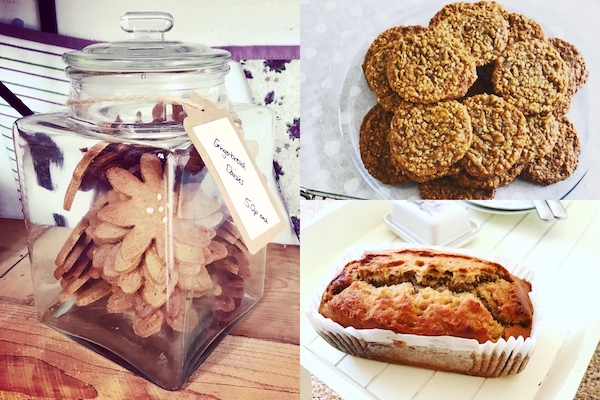 “Ever since I was a little girl, I’ve baked and baked and baked!” she told Express. “Unfortunately, due to the pandemic, I became unemployed, as has happened to so many others. It was always my intention to start my own venture and this gave me the push I needed.

“Having involved myself in e-commerce in a minor way as a teenager, I’ve always loved the idea of having my own little shop, selling my own produce and all kinds of exciting goodies.

“With the pandemic encouraging an incredible amount of support to small local businesses and roadside stall holders, this really gave me the inspiration to open up an honesty box, which happened to turn into an Honesty Hut!”

Pictured: Daisy will soon be expanding the range of products available.

Daisy says the response from not only her family and friends, but also social media has been “unbelievable”.

She also says she is already looking forward to offering more products in her hut, branching out into homemade crafts including candles and wooden crafts and offering ‘Bakes to order’.

“I like to think that I express my passion into all my products, as well as keeping my little hut freshly stocked daily,” she said. 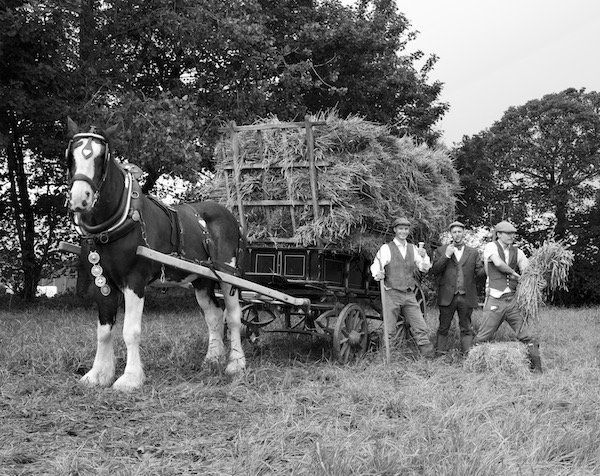 In Trinity, Le Tâcheron Farm has started selling flour, which is locally produced and milled using historic farming techniques, at its stall.

His grandfather, Charles explained was the last person to grow tomatoes commercially In the UK and he also used a shire horse to work the land.

“We did not want to lose it, if we stopped farming that way, there isn’t really anyone else who does it,” he said. “We wanted to keep the tradition alive in the process and farming techniques.”

The farm has partnered with Samares Manor and the Pallott Steam and Motor Museum to use their “old-fashioned machines” to spill grain from straw.

They also teamed up with the National Trust Jersey to use the island’s only remaining working watermill at Moulin de Quetivel, in addition to using their own stone mill which they bought from Austria last summer.

This year marked the first time, Le Tâcheron started milling its own grain. Lockdown not only allowed the family to take a break but also to start producing a local flour “for the first time in generations”. 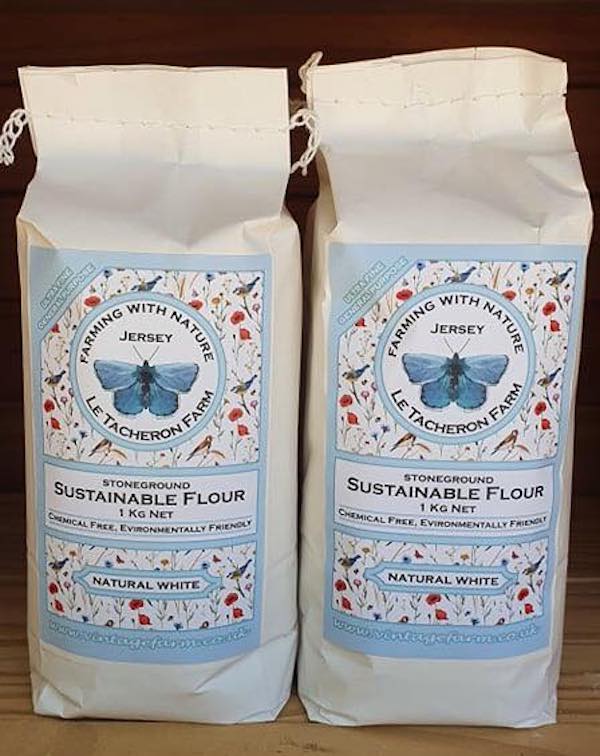 Pictured: The flour is available near the farm as well as at Scoop, Midland Stores, Homegrown and Rondell.

Sold at Scoop, Midland Stores, Homegrown and Rondells, the flour is also now available at the Farm’s honesty box and has gained several new visitors over lockdown as islanders turned to baking to keep busy.

“We have been knocked by the support for farming and the product,” Charles said.

“We had a lot of exposure that allowed people to find out about us, it’s given us an interesting kind of marketing angle.”

Pictured: The farm has its own stone mill.

In response to the support of islanders, the farm launched ‘Knead to stay at home’ - a baking competition’ to encourage islanders to get creative with the flour.

“We’ve been amazed by the variety, from all sorts of different types of breads to different cakes,” Charles said. “Generally, the flour was very well received.”

Charles said there is enough grain for the family to keep milling once a week throughout summer.

They are also expecting to launch their own locally-produced porridge later this year.

The risks worth taking after lockdown