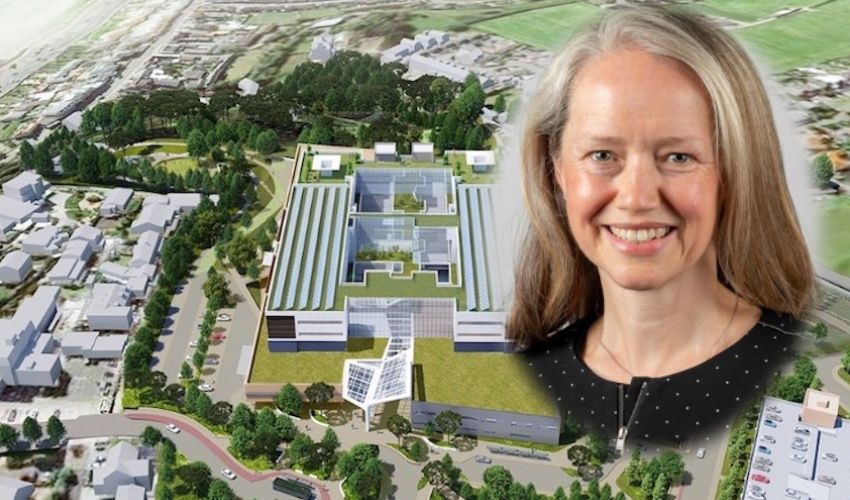 Jersey's Chief Minister has confirmed the amount of money to be spent on a new hospital will need to be agreed once again by the island's politicians.

Earlier this month, it emerged that Ministers believed the agreed project couldn't now be delivered within the budget set by the States of £805m.

Speaking at the time, Infrastructure Minister, Deputy Tom Binet said: “The funding mechanism is broken. Having met with the finance team last week, it was plain that the last scheme relied on the Strategic Reserve achieving a 4.5% interest rate, averaged out over 40 years, and borrowing costs of 2%.

“A lot of people thought that was ambitious at the time and, in short order, it has been proved to be completely out of the picture.

“The facts are the Strategic Reserve may even lose a bit of money this year. If you lose half of one per cent, instead of making 4.5%, that is a big difference. And borrowing costs are up at least one percent, and possibly increasing by another half a percent on top of that."

Deputy Binet is currently leading a review into the hospital project.

In the States Assembly this morning, the Chief Minister, Deputy Kristina Moore confirmed that the previously agreed budget - dubbed "the financial envelope" -  couldn't now be met, meaning States Members would be asked to agree a new one.

When that happens, it will be the third time that a new hospital budget and funding mechanism has been debated and agreed by the States.

The results of Deputy's Binet's review of that project will be the next step in the long-running saga, and may clarify whether the island's senior politicians will persevere with the Overdale plans, or as expected, revert to a 'two-site' model, using the existing site on Gloucester Street and land earmarked for development by Andium. 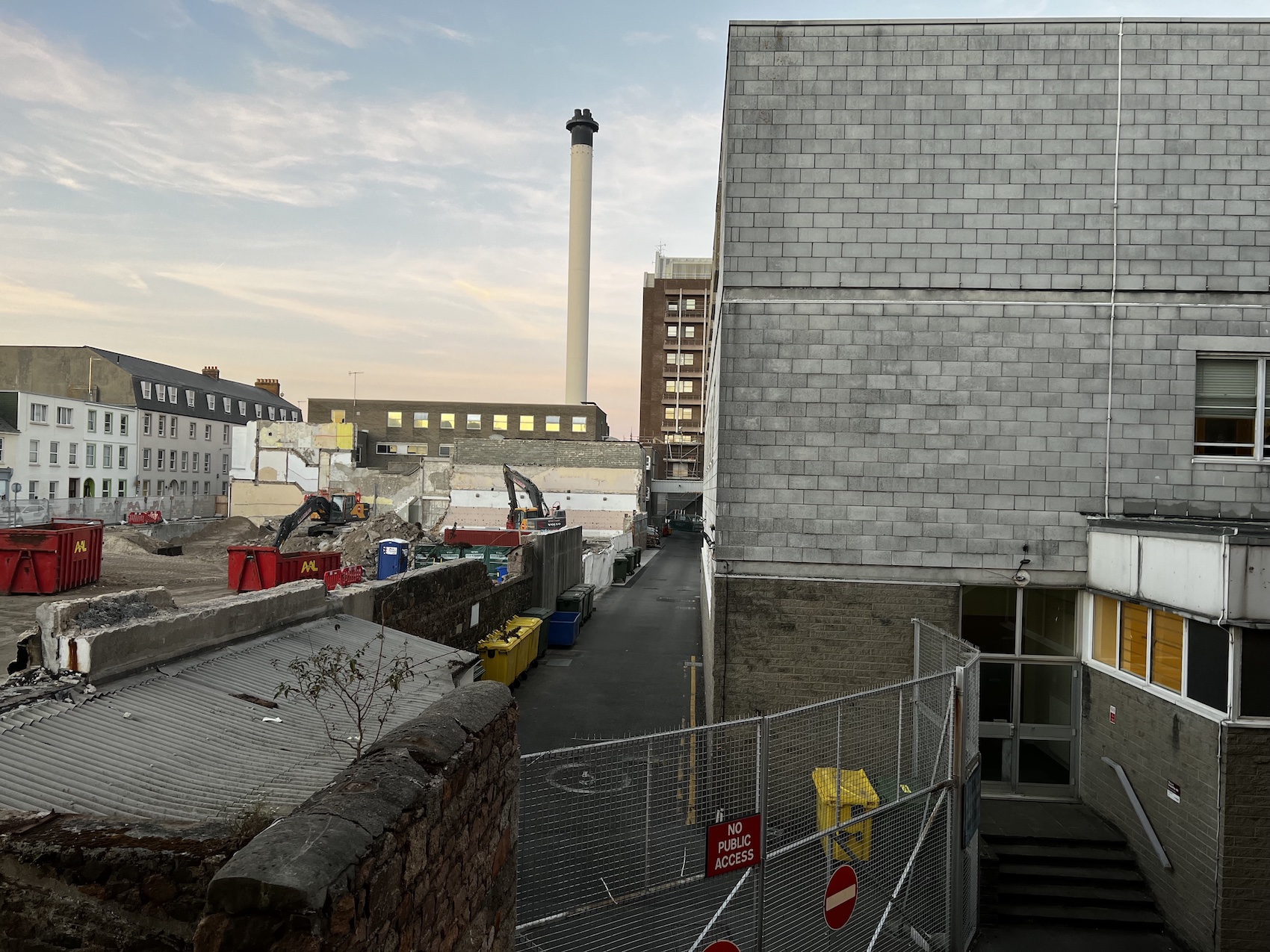 Pictured: Andium had wanted to build more than 100 homes in Kensington Place, but work has been halted in case the land is needed for the expansion of the hospital.

Either way, the funding plan will have to come before the States Assembly for a third time.

Currently, the States have agreed the new facility will be open by 2026.

Posted by Jon Jon on Sep 20th, 2022
This is such a farce now!
Posted by john garner on Sep 20th, 2022
"the amount of money to be spent on a new hospital will need to be agreed once again " ...is this New Speak for increased ? Isn't £805 Million enough ?
Posted by Keith Marsh on Sep 20th, 2022
£ 805 Million, will not be enough money, IF you build on both sites.
We have already spent a fortune thinking and planning for a rebuild on the Gloucester Street Site, and came to the conclusion that it would not work.
Dear States Ministers, Don't tell me that after spending Millions we still have NO PLAN !
Get to work and FIX THIS NOW.
Posted by Glenn Cowie on Sep 20th, 2022
Absolute jokers; couldn't get it right at any stage previously so now we refer it back to a majority of the same people, to waste more time and no doubt more money. The government running Jersey is a laughing stock. I wouldn't trust them to run a bath.
Posted by Private Individual on Sep 20th, 2022
This is essential financial management by the new government.

The island is heading for a recession in the same way of the rest of the world is, and this review is essential to so as not put the taxpayers into so much debt that it will ruin the next 3 generations of children who would have to pay for it.

Well done, Chief minister, at least someone is looking after the finances now instead of having a spending spree that the taxpayers would have to pay for.
Posted by ben wenham on Sep 21st, 2022
So what is the new plan B ?
Posted by Private Individual on Sep 21st, 2022
Keith, you are blaming the wrong people for this mess.

It was the last council of ministers that spent the money, not this council.

They are trying to rectify the debacle that was put in place by Le Fondre, Farnham, Guida, John Young and the rest that was booted out. Most if not all were not reelected and booted out as the party of nobodies!

Give this council some time to put the correct affordable plan in place, then you will have a legitimate reason to moan if it does work out.

Please give Mr. Binet a chance to sort out this mess that was created by the Le Fondre gang.
Posted by Patricia Le Ruez on Sep 21st, 2022
Please give your (mainly) new Government a Chance. Things can only improve. Jersey sold its soul and it now needs to get the respect and support from all of us to get it back to what it used to be - The Jewel in the Crown !
To place a comment please login Login »