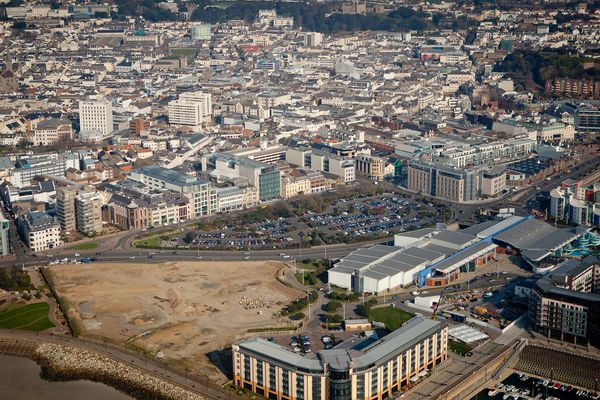 The choice for the new hospital has boiled down to two frontrunners: The Waterfront or Peoples’ Park.

The final report is due in around ten days on where Jersey’s new hospital – expected to cost up to £400 million – will be.

Health Minister Andrew Green says that there are four sites in the running: Overdale, the current site, the Waterfront and Peoples’ Park.

But Bailiwick Express has learned that the real choice boils down to the Waterfront and Peoples’ Park – and there’s already a public backlash building about the idea of building on one of St Helier’s few open green spaces.

Senator Green said that he had personally visited 24 potential sites since taking on the job of Health Minister in November.

“We are still carrying out our reviews,” he said.

“All the reports should be in within the next ten days. I don’t think that there is a ‘perfect site’ in terms of everyone getting everything that they want from it – but we will balance out the shortlist to get the best result that we can.”

The plan is to build a new hospital of around 280 beds – that’s an increase on the current 230 beds on the existing site.

If ministers choose to go with the Waterfront, the end result is likely to be what looks like a nine-storey building stretching from The Radisson Blu to the Fregate café.

If the decision is to go with the current site, the costs are likely to rise because the construction project will take 11 years, rather than six on a clear site.

Posted by john garner on Sep 30th, 2015
oh fantastic ...so its build on one of the few remaining green lungs in town or on one of the most expensive sites available ..marvelous
To place a comment please login Login »

READER LETTER: the General Hospital – “Confidence needs to be inspired through words and deeds"