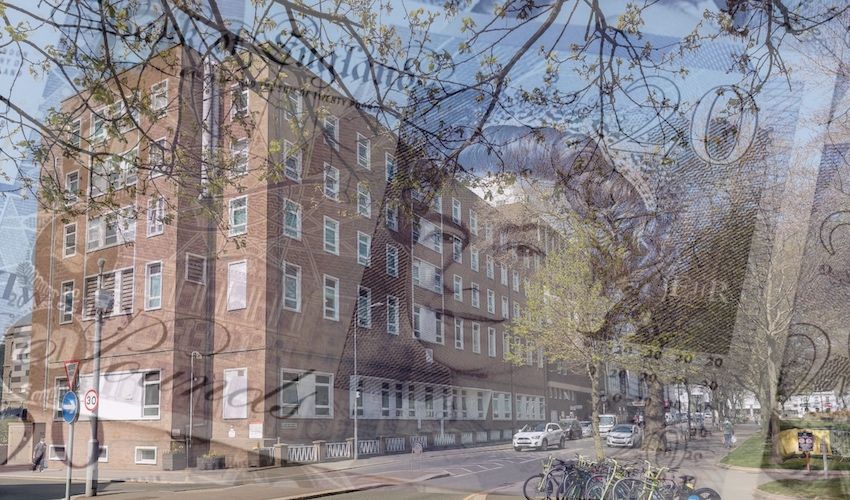 Corruption and money laundering allegations against the construction firm newly appointed to build Jersey’s future hospital will not delay the project, Ministers said after announcing a £30m deal.

In an unscheduled announcement this afternoon, the government confirmed that Spanish firm FCC will be teaming up with St. Helier-based ROK to design and build the new hospital.

The Madrid-based company operates in more than 25 countries and has built hospitals in Northern Ireland, Majorca and Spain. It is also behind the building of the new Les Quennevais School, Jersey's Police Headquarters, and the redevelopment of College Gardens.

FCC's joint venture with ROK - resulting in a new Jersey company called ROK FCC - has been given preferred partner status by the Council of Ministers, and will sign its contract in July.

It will work with the ‘Our Hospital Project Team' to assess the shortlisted sites for the new hospital to determine which will be most suitable for the building.

The partnership will help design the new hospital, submitting a full planning application by autumn 2021.

For this initial contract, ROK FCC will receive approximately £30m, including £4.6million this year.

According to officials, part of the contract with the government will stipulate that, if the project goes over budget, the provider will begin incurring costs. It is hoped that this will be an incentive to design and deliver the hospital on time and within monetary constraints.

J3 – the contractor that originally scored the contract for the hospital – was the other finalist in the tender process.

Richard Bannister, the Project Manager for ‘Our Hospital’ explained that, while both organisations were “exceptionally capable”, FCC had been preferred due to their approach to the project and the fact they allowed the client team to shape it.

Clinical Director for the Our Hospital Project Ashok Handa, who is a consultant Vascular Surgeon and also an Oxford University Associate Professor, said he was drawn by their "modern and flexible designs", which "precisely fit with the sort of hospital our clinicians want to see built in Jersey".

Health Director General Caroline Landon said that the project group had taken the Jersey Care Model, and feedback received from islanders about it into consideration in the process. She also welcomed Mr Handa's input into the project, adding that his outside perspective would challenge and protect against "NHS groupthink" within the project team, adding: "It doesn't have to look like a hospital."

FCC's selection comes despite “an extensive (and external) due diligence exercise” uncovering historical corruption allegations faced by subsidiaries of FCC.

In October 2019, Spain's High Cout put FCC (Group) and two of its subsidiaries under investigation relating to claims of money laundering and corruption in connection with €82m in payments made in Panama between 2010 and 2014.

These were discovered and reported to the authorities by the restructured FCC board following the company’s own internal investigation.

The Government said that following the outbreak of covid-19, both tender submissions were reviewed to stress-test the bidders’ financial resilience and supply chains, during which time they gained “further reassurance” about the allegations.

“Further external scrutiny has satisfied the Government of Jersey that the matter does not pose a risk to the project,” they said.

Steven Mair, Group Director for Performance Accounting and Reporting, assured that the people involved in the allegations are currently being investigated and have been fired from the firm.

He added that a new Chief Executive, Company Secretary and President have been appointed. He also said that the government would be continuing to monitor the firm throughout the planning and construction process.

He added that there was an ongoing investigation in Spain, for which no charges have yet been brought, but said that this was believed to pose a "low risk" for the project in Jersey.

A site shortlist will be announced in July.

Construction of the new hospital will start in early 2022 and should be completed by 2026.

Posted by Scott Mills on Jun 15th, 2020
another connection with panama I see. Can Jersey ever deal with anything, person, organisation which has been been through the dodgy courts. My bet is they'll choose people's park!!!! the least popular site by the people.
Posted by Private Individual on Jun 15th, 2020
You could not make this up!

Who in their right mind would sign a contract with a company knowing it was already being investigated for fraud?

Perhaps we now need a full investigation as to what states members have a vested interest in doing this deal.

This only strengthens the public opinion that the states are corrupt themselves and deals are being done behind closed doors.
Posted by Paul Troalic on Jun 16th, 2020
Yet another bad start. And to provide £30m to a company that is already under investigation is risky in any ones view.
This is such a disgrace really.
Our States of Jersey seem unable to get anything right. Even using a Jersey based company is fundamentally flawed as we are all aware that they see us coming and th3 price immediately doubles.
What happened to the French company that was experienced and capable of building a hospital for us?
If they dare to suggest a site that has been ruled out already I can see trouble ahead.
Hope they’re listening.
Posted by Jon Jon on Jun 17th, 2020
As others have said..who in their right mind would deal with a company under investigation for fraud...only our bunch of nit wits would...you could write quite a comedy skit on our council of ministers!
To place a comment please login Login »