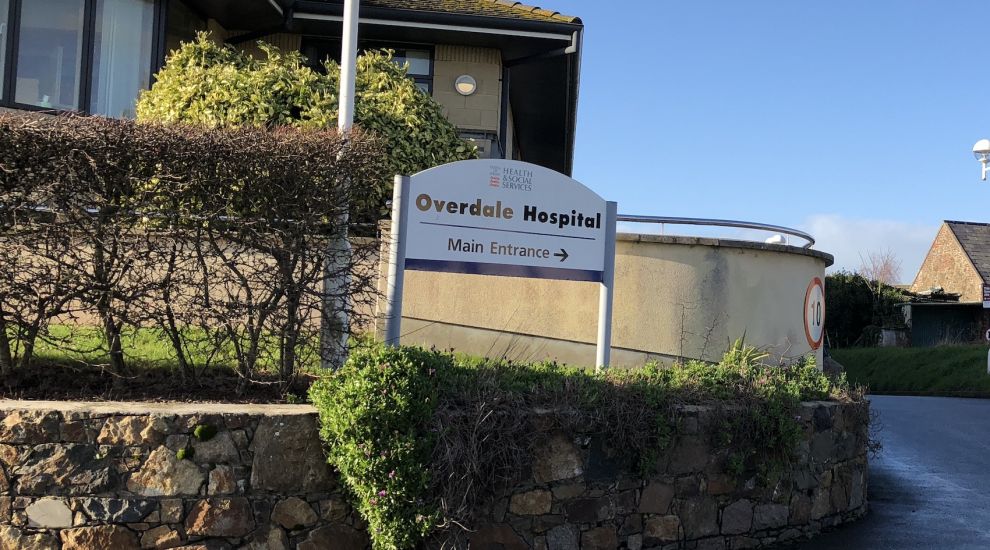 Overdale has been announced as the Government’s preferred site for the future hospital.

Deputy Chief Minister Senator Lyndon Farnham confirmed the decision in a statement delivered to the States Assembly this morning.

Overdale, which had long been rumoured to be the Chief Minister's preferred site, had been on a shortlist with People’s Park.

Facing questions from States Members following the announcement, Senator Farnham said that the cost of building at Overdale would be around £550m compared to £523m for People's Park.

He also shared that the Government would need to acquire several sites it does not already own, and that compulsory purchase may need to be used.

Pictured: Senator Lyndon Farnham, who made the announcement this morning.

Deputy Kirsten Morel, who described Overdale's selection as the "least surprising announcement of 2020", asked why cost hadn't appeared to factor into the decision-making process, noting that the Government "always has a responsibility to the public purse."

Senator Farnham replied that it was important not to "mix up cost with value", adding: "The cheapest option is not always the best option."

Responding to a query from Deputy Louise Doublet about the protection of Le Val André, the woodland beneath Overdale, Senator Farnham confirmed that the plan was not to build upon the green area.

He added that he would like improved access to the area - something that could be a "tremendous feature" - and that he was in discussions with the Constable of St. Helier, Simon Crowcroft, about developing it as a "country park" in the Parish.

While the Constable welcomed the decision to take People's Park off the shortlist and protect the woodland, he raised concerns about the future of the Jersey Bowling Club, which will have to move to accommodate road improvements. 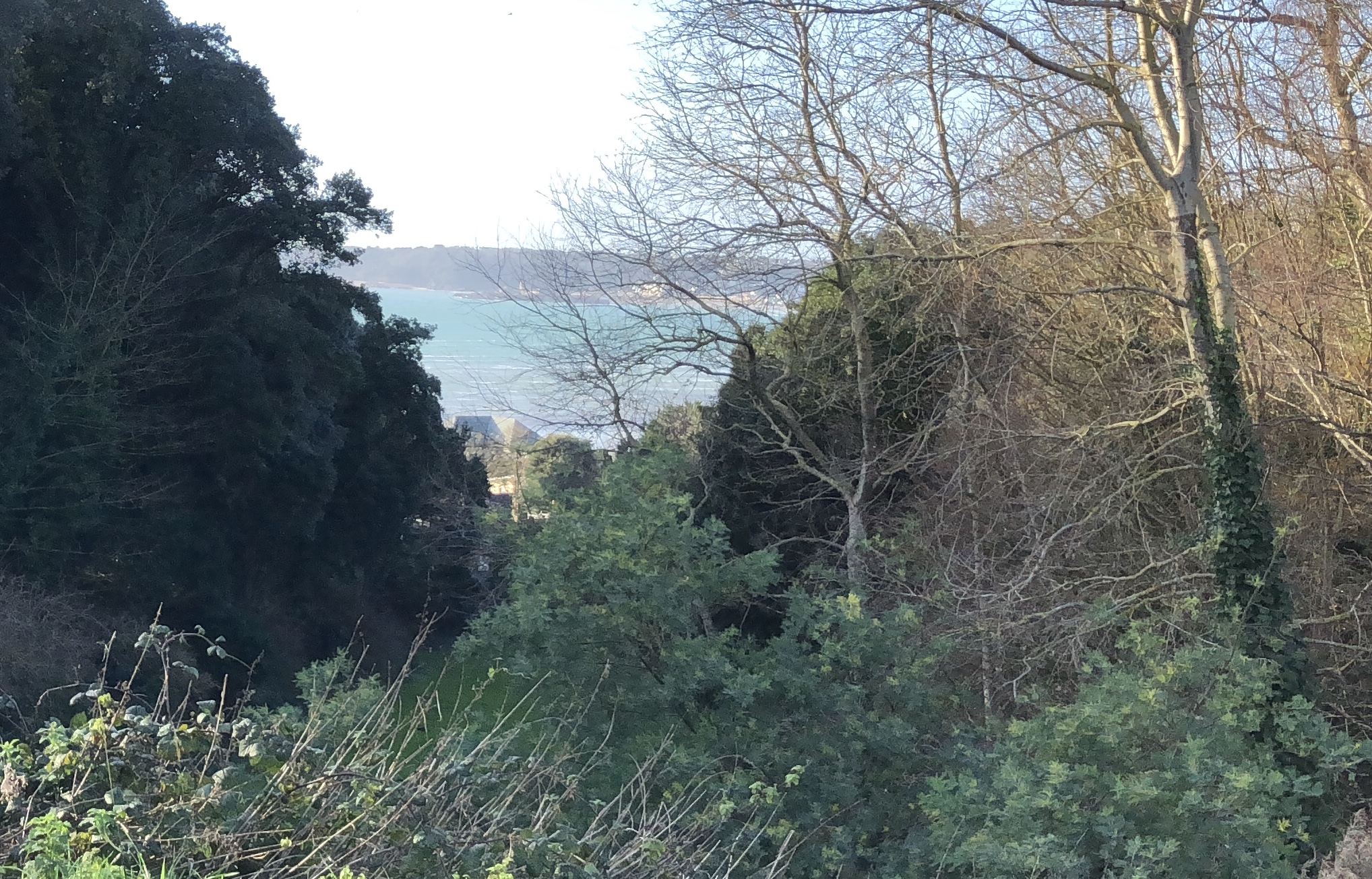 To this, the Deputy Chief Minister committed to work "closely" with the club to find an alternative site.

Deputy Graham Truscott asked to what extent the carbon footprint of each site had factored into the selection process.

Senator Farnham said that he anticipated "great opportunities" around the provision of new transport networks.

In response to questions from Deputy Kevin Pamplin, the Senator confirmed that it was still the intention for the single site to house all health needs - including mental health.

"I think in the past, Sir, quite simply possibly with the best intentions, politicians have allowed themselves to be impacted by indecision and the quests for perfect sites are the enemies of good sites and we’ve ended up with nothing," the Deputy Chief Minister replied.

While many States Members appeared to welcome the decision, former Environment Minister Deputy Steve Luce commented: "I do not share [Senator Farnham's] enthusiasm for the site."

He went on to describe Overdale as "not the best" from a planning, highways, clinical adjacencies and environmental perspective, adding: "...and I'm appalled to hear that he is considering building car parks on green fields."

Responding, Senator Farnham said it would be "impossible to find a site that everybody agrees with", noting that even some Ministers favoured People's Park as an option.

"There is no perfect site in Jersey for this hospital," he went on to say, later adding: "Those are hard truths which we are going to have to overcome."

A report explaining the decision-making process has now been published alongside a proposition asking States Members to approve the site. They are scheduled to vote on it in November.

If the plan passes, the Government is hoping to decide how to fund the project by mid-2021, gain planning permission and start building in Spring 2022, complete construction in late 2025, and start accepting the first patients in 2026.

Posted by Martin on Oct 6th, 2020
How long & how much money has been spent JUST to get to this stage of the proposed new Hospital.

As no one could have ever guessed the proposed new Hospital would encounter such delays and such a gross expenditure of funds before a single brick was ever laid - maybe we could have and island wide lottery to guess the exact date when the new one actually opens????

All proceeds to a piece of Hospital equipment?
Posted by Keith Marsh on Oct 6th, 2020
YES ! .... have they actually listened to the people.
Posted by Francis Clayton on Oct 6th, 2020
It's just so frustrating that the Government have wasted so much money to come up with a decision which I strongly suspect will be regretted in years to come when the alternative, Peoples Park clearly makes sense. We just need to think outside of the box. If the removal of recreational space was such an issue replace it with the Hospital site and use the rubble for more land reclamation.
Posted by Jon Jon on Oct 6th, 2020
Pick the site thats going to cost the most...common sense to pick empty land where you start from scratch.
Posted by nigel pearce on Oct 6th, 2020
Unbelievable yet not unbelievable! They've chosen the worst possible place for a hospital.
I cannot understand why the best place, St. Saviour's Hospital site was not chosen. After all, there have been clinics there for many years without problems. Is there an alternative plan for it as it is less suitable for housing than a hospital?
Posted by IanSmith61 on Oct 6th, 2020
It is being built on a site where there was a part of the hospital. Enough now politicians, no more stupid grandstanding or delaying propositions, JUST GET ON WITH IT.
Posted by Thomas Muir on Oct 6th, 2020
The Deputy Chief Minister stated that he is pleased to report that the proposed access solution to Overdale can be achieved without the need to impact upon the residents of the King George V Cottage Homes. Does this mean that the valley behind the homes which is packed with wildlife (Val Andre) is safe? The original idea was to put a road through King George V cottages, destroy Val Andre and to build a multi-storey carpark in the valley. Hopefully access will now be from improved roads at the front of Overdale, i.e. West Mount!
Posted by Jon Jon on Oct 7th, 2020
Wait till it snows and access will be intolerable for ambulances and patients!
Posted by Scott Mills on Oct 7th, 2020
Keith Marsh, don't be fooled...when have they ever listened to their public. Look back in not too distant history to see they do not, and will never. This was decided behind closed doors way back in March/April. They wanted the merrygoround to alleviate the tendency to make us believe we where all in the process. Always smell what the Jersey Cow exports.
To place a comment please login Login »