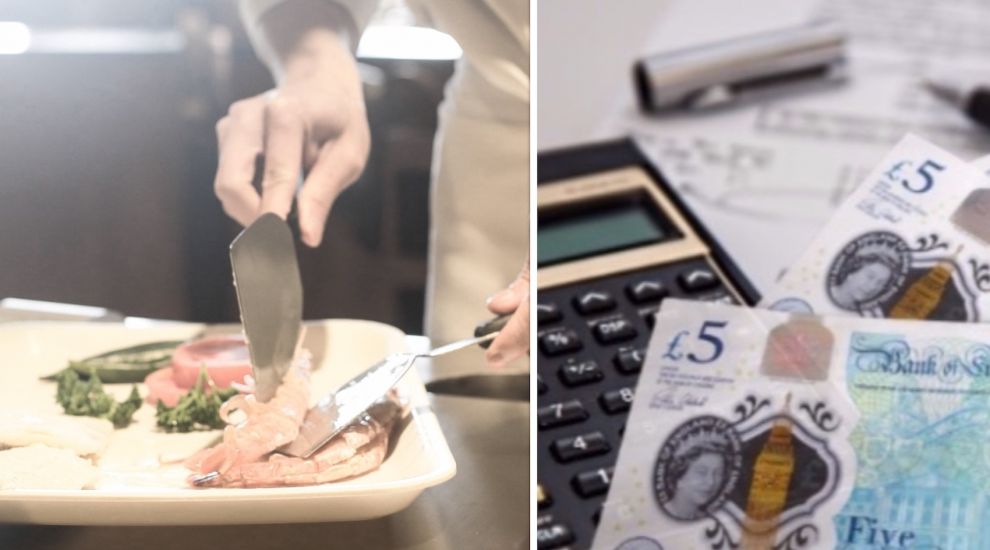 A hotel sous-chef has successfully claimed back more than £900 through the Employment Tribunal after it was wrongfully deducted from his salary because he hadn't worked full hours during the hospitality circuit-breaker.

He brought a claim against his former employer on 2 August 2021 over unpaid overtime from July to December 2020 and unauthorised deductions from his wages, which amounted to £923.08.

The hotel, represented by Mark Collins, the Company Director and General Manager, defended both claims. Mr Collins argued Mr Neonakis had been given paid time off in lieu of the overtime he had worked and that he was entitled to make deductions to the sous-chef’s salary, which he said he had agreed to, as he hadn’t worked his full hours during the hospitality circuit breaker.

The hotel also brought a counterclaim over wages paid for hours that Mr Neonakis hadn’t recorded on the hotel’s electronic timesheets between 30 November 2020 and 14 February 2021.

Pictured: Petros Neonakis brought a claim to the Employment Tribunal.

The case was heard by the Deputy Chair of the Employment Tribunal, Hannah Westmacott, who dismissed both the unpaid overtime and overpayment claims.

On the former, she noted that Mr Neonakis’ contract allowed the employer to give time off in lieu of overtime at its discretion and that Mr Collins had advised employees that time in lieu would be given in December after the Government announced the hospitality circuit breaker on 3 December.

Whilst Mr Neonakis said his agreement hadn’t been sought, Ms Westmacott said his employer was not required to do so. She added that the pay statements didn’t refer to the time off given in lieu of overtime and that while it was not required, it would have saved “the parties the time and effort spent in bringing and defending this claim” if the employer had made the position clearer.

She went on to say that Mr Neonakis was not “on standby” over the period and could have taken time off, in spite of what he asserted.

As both parties had agreed the sous-chef had been paid for at least 137.48 hours he hadn’t worked during the lockdown period, which equalled to the number of hours of overtime he worked prior to this period, she concluded he had been given “sufficient paid time off”.

Concerning the counterclaim brought by the hotel, she found that the “prevailing provision” was that an annual salary was required, rather than payment based on hours worked, or deductions to be permitted for hours not worked. She concluded the Counterclaim was not “well founded” and dismissed.

Mr Neonakis was however successful in his deductions claim. The Tribunal Deputy Chair noted that the Employment Law clearly states that an employee’s wages must be set out in writing, along with any agreement for a deduction, whilst the sous-chef’s contract required any changes to the terms and salary to be notified in writing.

Pictured: The Tribunal's Deputy Chair concluded the deductions had been unauthorised.

However, she added that the contract also indicated that payment would only be made “against weekly timesheets”, which she described as “unclear” and “somewhat contradictory” to the reference to an annual salary.

She said the “ambiguity” should be interpreted as in Mr Neonakis’ favour as is in most instances, any ambiguity “should be construed against the person seeking to rely on it” and added that there was no evidence that weekly timesheets had been used when calculating the payment.

Ms Westmacott went on to say that there was no evidence Mr Collins had sought the verbal agreement of the Head Chef about the deductions, and that even if such an agreement had been reached, It wouldn’t satisfy the contract requirements.

She also noted that the hotel couldn’t rely on the provisions for deductions from final pay as it wasn’t relevant since the deductions had not been made from Mr Neonakis’ final pay.

She also wrote that the hotel could have put the sous-chef on short-time working or lay him off, Mr Collins had not argued the hotel had sought to do so and not provided evidence that the deductions had been calculated on the hours that had actually been worked.

She concluded that in the absence of a written agreement permitting the deductions, they had been unauthorized and ordered the hotel to pay Mr Neonakis £923.08.