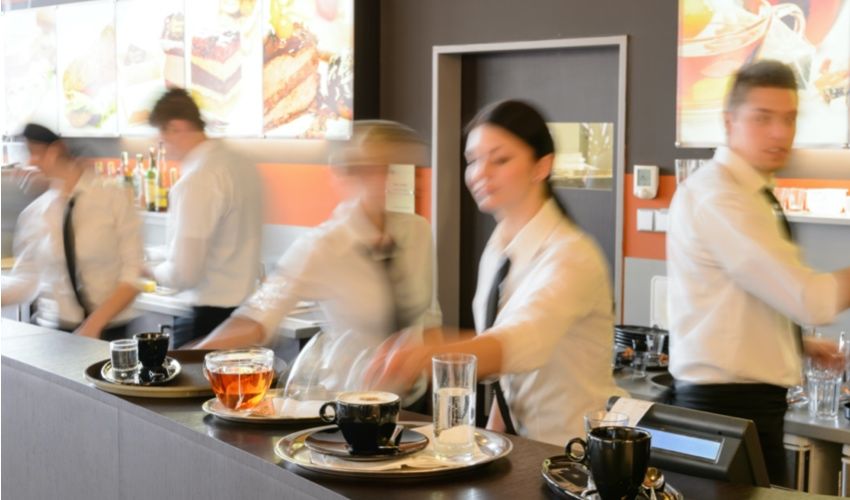 Hotel, restaurant and bar workers from outside the Common Travel Area will now be allowed to spend up to 18 months in Jersey as part of a bid to address the hospitality sector’s staffing crisis.

The double whammy of Brexit and the pandemic saw many workers return to their home countries, leaving the industry limping through summer short of 1,500 workers. It led many premises to shorten their opening hours, reduce their service or even close altogether as a result.

And the struggles continue – at the time of writing, there are around 150 hospitality and catering vacancies on the gov.je jobs page, ranging from waiting staff, bartenders and housekeepers to chefs and managers.

Up to now, temporary seasonal permissions for hospitality workers have only been valid for nine-months, but the Home Affairs Minister has approved extending permits issued before 1 May 2022 by another nine months.

The move by Deputy Gregory Guida has been described as a “one-off exception” while longer term solutions are drawn up.

“The opportunity for employers to extend their permits by nine months provides much needed and immediate assistance to the hospitality sector,” the Minister said. “This move will allow time for the labour market to stabilise and for us to gather reliable data before considering any substantive changes to the Work Permit Policy.”

It comes after the Jersey Hospitality Association (JHA) submitted a successful business case for the change.

Under the Work Permit Policy, any employers from any sector are allowed to submit a business case for an amendment if they can demonstrate that British or Irish labour cannot be sourced.

JHA Chief Executive Claire Boscq said the permit extension would give the industry “breathing space that will allow our members to hold onto essential staff for longer, especially after 18 months of disruption.”

She continued: “When the restrictions on trading were finally lifted, we were hoping for a swift return to normal business, but as has been widely reported, many venues struggled due to an acute shortage of staff.

“The decision to extend existing work permits is a step in the right direction. It means our members will be able to keep the loyal and hardworking team members who have helped their businesses through tough times this year when normally they would have to leave at the end of their nine-month permit. This will help those businesses as we head into the winter months and provides certainty as they prepare for the busy summer season next year.

“We understand the concerns that Ministers had with our original proposal, and we hope that this temporary extension will produce enough data to provide a more permanent solution to the staffing challenges our members are facing."

Economic Development Minister Senator Lyndon Farnham thanked the JHA, Jersey Business and the Customs and Immigration Service for their continuing work “to find solutions that will assist the island in the longer term.”

As reported by Express earlier this month, one such solution is securing labour from other parts of the Commonwealth during peak season.

A Government spokesperson confirmed at the time that “discussions are being held between Government officials from Jersey and from other jurisdictions” – though they declined to confirm which ones.

Express recently spoke to the new head of the island's key hospitality lobby group, Claire Boscq-Scott, about the challenges facing the industry...

The new voice of hospitality

Posted by Private Individual on Oct 25th, 2021
So we actually have NO immigration laws if they can just change this on a node.

We are overflowing with people, 107k at the last count and only 53k employed in the private sector. Add another 8k in the public sector and you have your total count.

So what are the 70k doing?
Posted by Scott Mills on Oct 25th, 2021
PI, after this year, I doubt the pop is over 100k. Lots of people have returned to their homelands and are staying put, plus no one wants to come and work here anymore. How they couldn't see this coming, I have no idea, Ps it's only going to get worse. Nice sunny beaches today
Posted by Jon Jon on Oct 25th, 2021
Are you going to see hoards of hospitality staff coming to this Island with living costs so high,not sure on that.
Posted by Keith Marsh on Oct 26th, 2021
It is not just hospitality that are in a mess for staff ~ but I guess they SHOUT louder or have influential ears on their Boards. Shame Jersey only looks in one direction.
To place a comment please login Login »