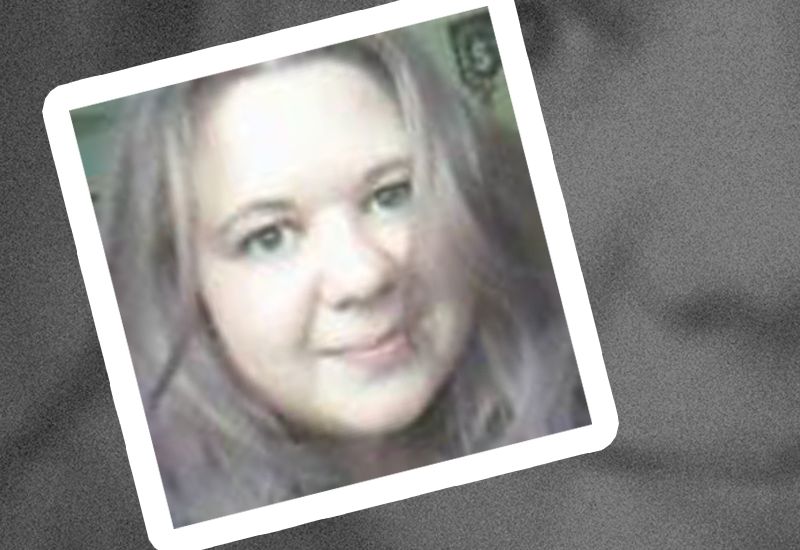 A swimmer who tragically lost her life during “fierce” tidal conditions was thrown by waves, “…like a doll in a washing machine”, an inquest heard today.

31-year-old Joy Godfray died on the eve of her birthday last August, after being swept out to sea at Green Island.

She had gone for a swim with her housemate and friend of 14 years, Austin Marsh, on the evening of Saturday 20th August during strong Force 6 and Force 7 weather conditions.

The inquest heard that the pair had prepared a flask of tea before taking a bus near the White Horse pub to Green Island – a place where they, “…would often go for a swim.”

In a statement read by PC Glen Cleave, Mr Marsh described himself as, “…a strong swimmer, and Joy is also a fairly good swimmer too.”

He explained that the pair had set off when it, “…was still light but breezy” to have “an hour’s swim” before high tide.

However, the pair immediately got into difficulty with the force of waves pushing Ms Godfray up to 50 metres towards Le Hocq.

While Mr Marsh managed to clamber out of the waves and up the steps, Ms Godfray was dragged, “back and forth” by the tides. 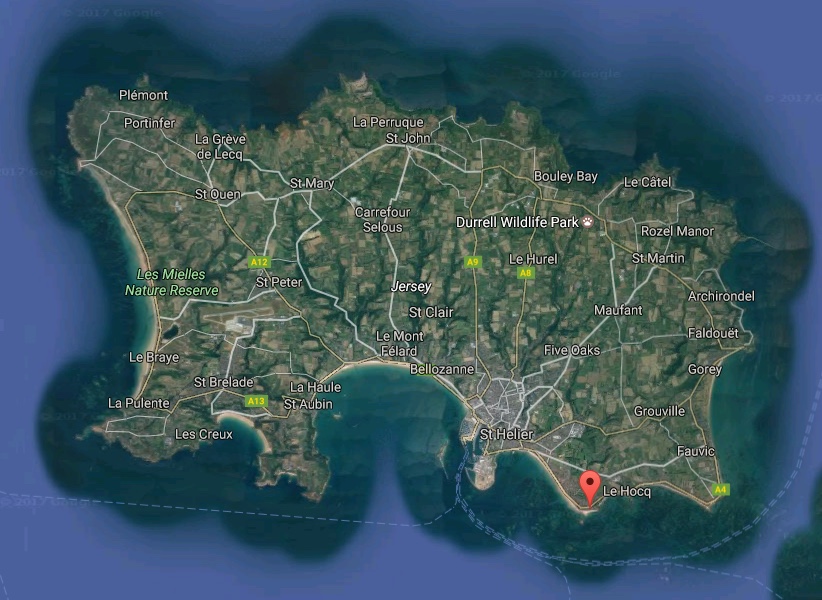 Footage taken by a holidaymaker and played at the inquest showed Ms Godfray head-deep in foam from the sea, struggling to make it back to the steps.

“I could see her face and she looked distressed, and was trying to say something to me, but I couldn’t hear what it was,” Mr Marsh explained.

He returned to the water to try and help her, at one point managing to get his arm around her body, but, “…the tide was too strong, and I couldn’t keep hold of her.”

Both Mr Marsh and members of the public subsequently tried to assist Ms Godfray with a flotation buoy, “…but the sea was too rough and took it straight from her.”

In a statement, ceramic tiler and qualified lifeguard Lawrence Mackie said that Mr Marsh had been “intent” on returning to the waves to rescue Ms Godfray, but was advised against this, as, “…he was clearly tired, exhausted and had done so much already” and would have risked his own life in what was described as, “…a winter storm in summer.”

Juliette De Guelle, who was in the area at the time and made the initial call to the emergency services, expressed her regret that she hadn’t, “…found [Ms Godfray] sooner.”

“We just kept thinking she’d get out.”

The inquest later heard statements describing the “challenging” environment faced by the emergency services deployed at the scene: two RNLI lifeboats, and the Fire and Rescue Service’s inshore rescue craft. 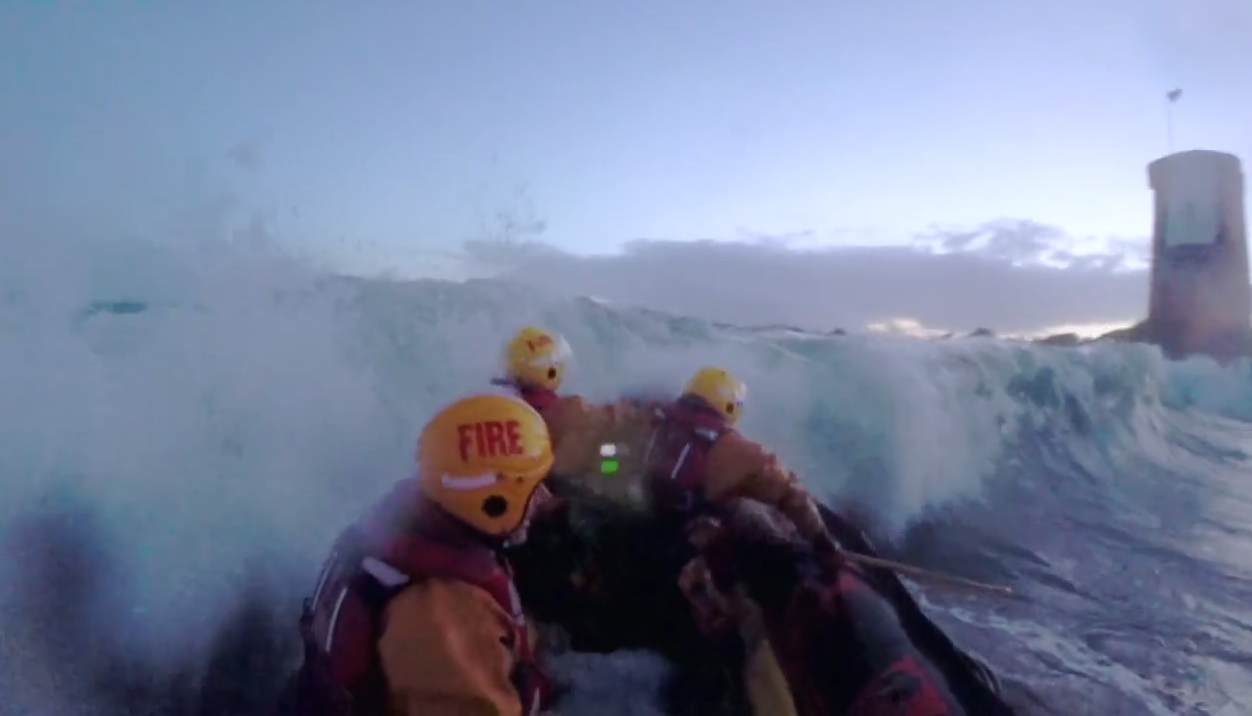 Pictured: The conditions faced by Jersey Fire Rescue's inshore rescue craft when they were called to search for Ms Godfray. (Screenshot: Jersey Fire and Rescue/Bailiwick Express)

Dr David Howell, a St Helier Lifeboat medical advisor, said that the conditions were, “…horrendous – some of the worst I’ve ever been out in.”

Expressing her gratitude for the RNLI’s persistent efforts, Ms Godfray’s mother commented: “Thank you is an inadequate word. You brought Joy home for me. It’s not the ending we wanted, but you brought her home.”

He commented to the family that he was, “very sorry for your loss” and extended his thanks to everyone who assisted at the inquest.

In his closing remarks, Mr Harris quoted Captain Philip Buckley, who praised the “…courage and professionalism of all those involved” in the rescue, and warned against the deceptive nature of Jersey tides.

"This event is an all too tragic reminder of the perils of the seas around our coastline. Jersey’s beautiful beaches mask a range of lurking hazards generated by one of the highest tidal ranges in Europe, which are made more dangerous in poor weather. I urge everyone taking to the water for whatever reason to take the hazards and warnings seriously so that we avoid any further unnecessary loss of life.”

Probe into ‘unexplained death’ of woman found at bathing pool