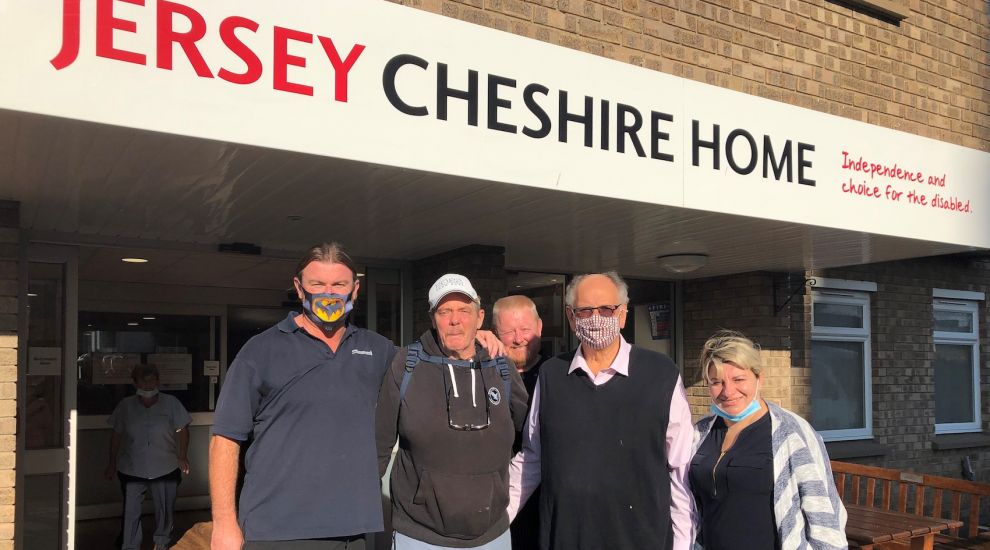 A local charity which cares for adults with a physical disability is celebrating the success story of one of its residents who left the home walking without aid, four years after arriving in a wheelchair.

Paul Rayner (66) arrived at Jersey Cheshire Home in 2016 following a brain injury that left him unable to walk.

Established in 1938, the charity is the only residential facility caring solely for adults with physical disabilities that prevent them from living in their own home. 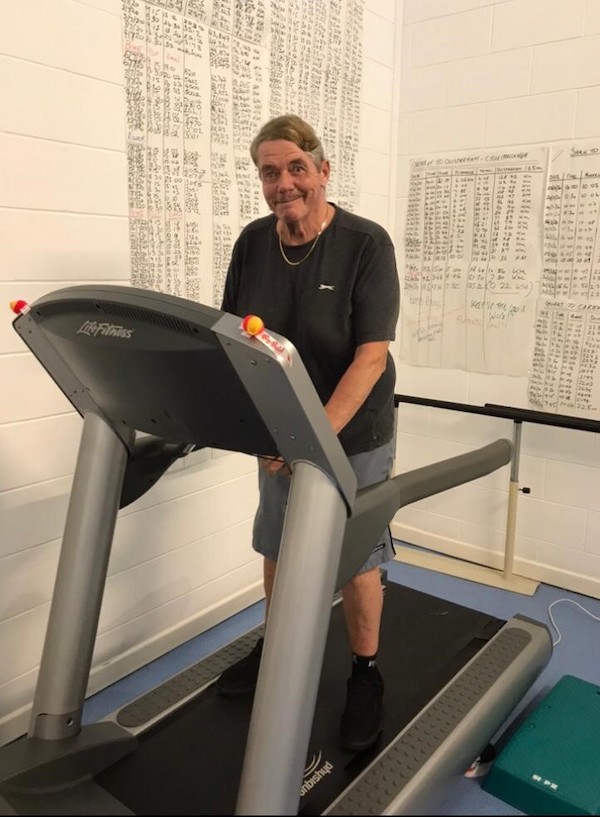 He embarked on a rehabilitation programme aimed at supporting him through the physical and mental hurdles posed by his injury, with a team of 60 support staff from the physio, carers, domestic, catering and maintenance teams.

For four years, the team worked with Paul, as well as 27 other residents, to help him regain the skills he would need to be able to lead a more independent life outside of Eric Young House.

While most residents live at Jersey Cheshire Home for around 15 years, Paul was able to leave a couple of weeks ago after four years of care to go live on his own in a protected environment. The “success story”, General Manager David Lord says, is down to his “incredible enthusiasm and dogged determination to succeed” as well as the dedication of the team. 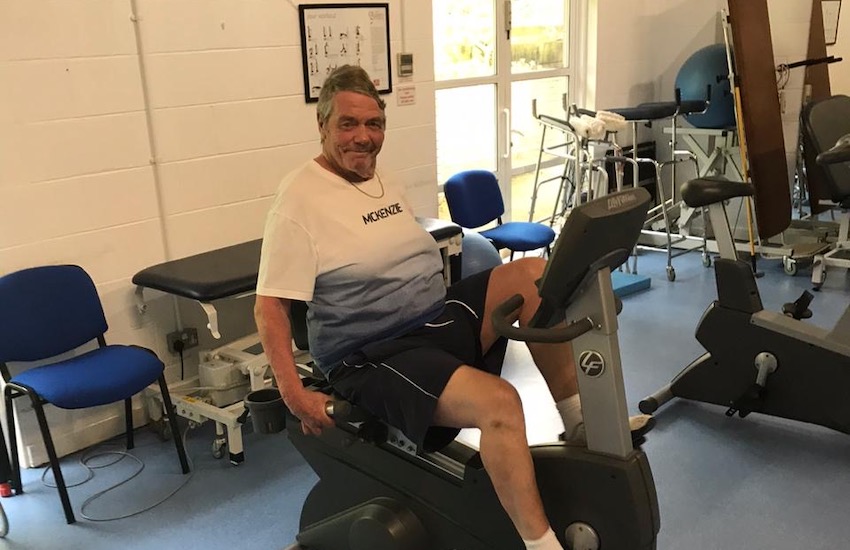 “Most residents come here, and it becomes their home for the rest of their lives,” General Manager David Lord said. “Thanks to Paul’s hard work and the hard work of the team he is going to live more independently in a different setting.

“Everybody looks after the care, the physio team, the admin team, the catering team. They are all involved in the residents’ wellbeing and encourage them so they can have the best possible lives and the proof is in the pudding, even more so with Paul.”

Mr Lord said everyone was thrilled with Paul’s achievements, describing him as a “great character” that everyone will miss. He recalled that when Paul came to Eric Young House he was in a wheelchair. Four years later, he was able to walk out on his own, without any form of aid or any walking stick. 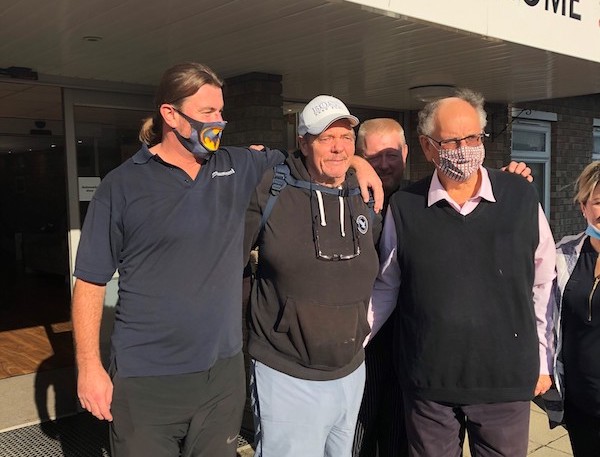 “He was delighted, and we are all chuffed to bits, especially because they were lots of challenges along the way,” Mr Lord said.

Earlier this year, Paul made the news after he undertook a series of challenges to help raise money for Jersey Cheshire Home whilst the island was under lockdown and the charity unable to complete its scheduled fundraising activities.

Video: Paul raised £7,000 by completing a series of challenges.

Paul first rowed the equivalent distance from Sark to Jersey on a static rower based at Eric Young House gym.

Having completed his goal in just over eight days, he then decided to from Gorey to Carteret – a challenge he also completed in eight days.

In mid-April, Paul then decided to up the ante and cycled the equivalent distance from Barneville-Carteret to Ouistreham via Caen – a total of 134.7km – and then row 187.4km from Ouistreham to Portsmouth across the English Channel, “arriving” in time for his mother’s birthday at the end of June.

The whole home was behind Paul’s efforts, including Steve Martin, the Head of Physio at the Jersey Cheshire Home, who has been responsible for the majority of his physical rehabilitation and completed the challenges with him. 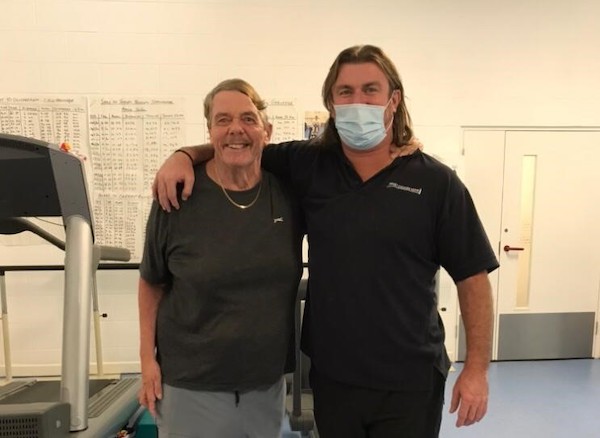 Pictured: Steve Martin, the Head of Physio, complete the challenges with Paul.

“It’s been a delight working with Paul, not just on his challenges but his rehabilitation in general,” Mr Martin said. “He has such enthusiasm to overcome his injury and works so hard to meet his goals. Along with all my colleagues, I’ve so enjoyed working with Paul. We’re going to miss him, and his wonderful ideas, so much, but equally, we are so delighted that he is able to regain a more independent life.”

While Paul hoped his challenges would raise £1,000 for the charity, his efforts far surpassed this, raising over £7,000 in total.

“The rowing challenge had multiple benefits,” Mr Lord said. “It kept Paul occupied during lockdown, kept him focused on something and raised £7,000 for the home, part of which was a large donation by someone who was particularly taken with Paul’s efforts. It was through his hard work that money came in at a time when fundraising has been difficult to put it politely.”