iPads or tablets for police? 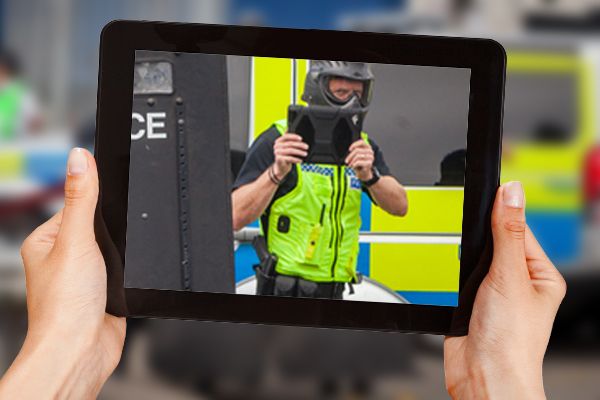 iPads or tablets for police?

They’re saving time in offices and homes around the world – but now iPads or tablets could be joining handcuffs, radios and batons in the standard kit issued to police.

Senior officers are considering whether equipping officers with mobile devices could make it quicker and easier for police to write up notes, file reports and check paperwork without spending hours at their desks.

It could cost up to £1.5 million to hand out the kit to officers and purchase the necessary software, so the Home Affairs department is trying to work out whether the efficiency savings and improved reporting techniques would justify the spending.

“There is a bid currently for money to introduce a mobile technology element to policing, which would enhance what the police do, keeping them out on the street as a visible presence, rather than being called back into the office to complete the necessary paperwork that’s part of the job.

“If you consider the time that it takes to handwrite statements and then to duplicate those statements – we could automatically put that into a handheld device and send that back to the office automatically. It’s a no-brainer.”

Her comments came during a hearing the Education and Home Affairs Scrutiny Panel, in which she described the project as an “invest-to-save” opportunity.

In the same hearing, Deputy Moore confirmed that the project to build a new police station off Green Street roundabout was progressing on time, and on budget. She said that a “topping out” ceremony was due to be held on 7 January, and that it was anticipated that the police would move into the new site in March 2017.

Posted by Trevor Carre on Dec 10th, 2015
How many ipads can you buy for "a few million pounds"! Even around £2m would buy you approx 3,500 iPads. How many police do we have in Jersey!!! And there are plenty of cheaper options on Amazon!!!
Posted by June OKeeffe on Dec 10th, 2015
and who pays???????????
Posted by Scott Mills on Dec 10th, 2015
They getting a brand new home, now they want another £1.5 million so they can type as you talk to them! Trouble is with non hand written statements, aren't they more open to policed 'amendments' post interview??? PS it is very easy to duplicate the statements with a cheap scanner from amazon (or from me mate Dave, who can get them cheaper) which would provide an electronic copy. Spending more taxpayers money on boys n toys, isn't exactly what we need to be doing right now. Has anyone ever been asked to provide a statement outside in the open, while the policeman has taken out official paper to document this? I doubt it.
To place a comment please login Login »