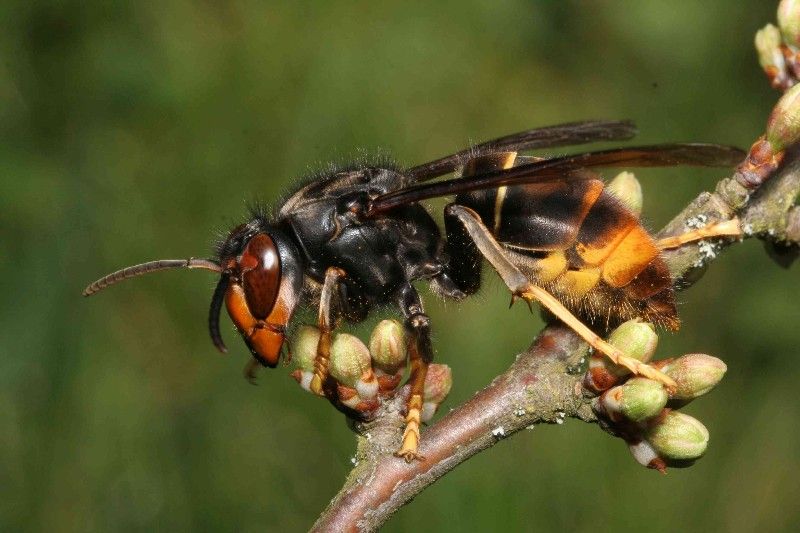 Jersey’s beekeepers are bracing themselves for an invasion that poses a serious danger for the Island’s already beleaguered honey bee population.

Apiarists in the Channel Islands and along the south coast of England are on the look out for the arrival of the Asian hornet – a highly aggressive predator of bees and other pollinators.

The foreign invader arrived in southern France - most probably in cargo from China - about ten years ago and has rapidly spread northwards and into Spain. Having reached Brittany and Normandy it is poised to cross the water to the islands and the UK.

Local beekeepers, Bob and Jill Tompkins, who have hives on the coast of Grouville and St Clement, are on high alert.

Mr Tompkins said: “The Asian hornet is a very strong flier so it really is a danger, and especially at times when the gueens are emerging from the winter and looking for new homes, and in late summer when the new queens are emitting and they are looking for a home. The greatest danger of them coming here is likely to be in the late summer when the wind blows from the east and the south.”

Mr Tompkins hopes Islanders will keep their eyes – and ears - open and alert the authorities, by calling Scott Meadows, the entomologist at the Environment Department.

The Asian or yellow-legged hornet is smaller than the European hornet. It has yellow legs, a dark velvet thorax and a dark stomach with a distinct yellow/orange band at its rear and is also very noisy with a loud hum. It usually nests high in trees, roofs, garages and sheds.

This latest threat to the honey bee follows a tough period as beekeepers have battled infestations of varroa mites and American Foul Brood which have reduced the local population by as much as 30%. Mr Tompkins said, although they are recovering he estimates numbers are still down and by about a fifth.

Comment: Don't judge a book by its cover...or an insect by its colours