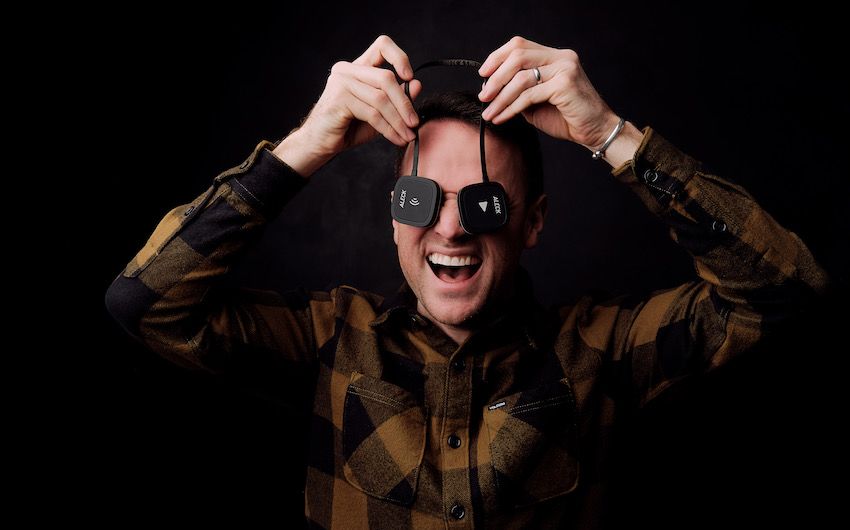 A local entrepreneur, who invented a set of wireless headphones while on a skiing holiday, has signed a major contract to launch a new product... but, after already overcoming the logistical and recruitment issues of living on an island, is now having to battle manufacturing issues due to coronavirus in China.

Aleck was named after the inventor of the telephone, Alexander Graham Bell, a Scot like Stephen, whose family hails from Scotland. 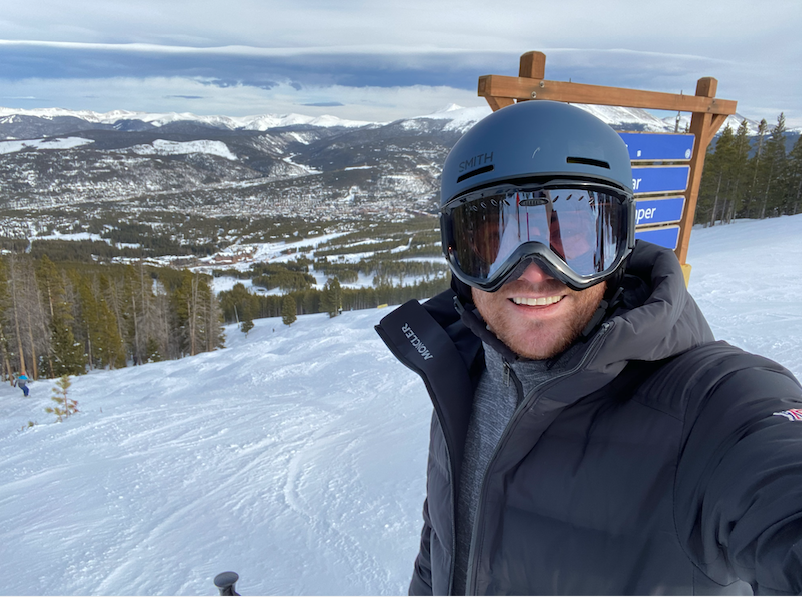 Pictured: Stephen first had the idea for Aleck whilst on a skiing holiday in Savoie.

“I wanted to play on the British side of things, this type of product would normally be made in the US, in the Silicon Valley,” Stephen said. “I wanted to make it very British, Scottishness is a big part of the brand!”

A self-confessed “complete tech geek”, Stephen says he has always been interested in how things work. He first had the idea for ‘Aleck 006’ - a set of headphones that combines wireless audio and comms and can be used without having to take skiing gloves off - six years ago whilst on a skiing holiday in Val Thorens, in Savoie, the same resort where he met his wife.

“I like listening to music while I ski,” Stephen said. “If you are with people of different skiing abilities, you have to stop every 300 metres, decide where you go and set off again. You can’t always communicate.

"You have to take off your gloves, reach out for your phone, it is such a horrible experience. I thought it would be good to have everything integrated into a helmet.” 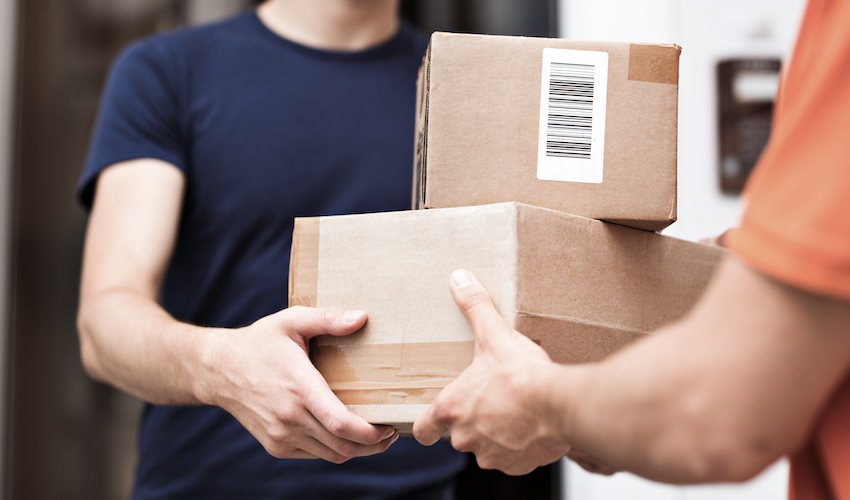 Pictured: “It takes a week for stuff to arrive,” Stephen said.

Convinced that someone else would soon be producing the kind of technology he aspired to make, Stephen admits he “sat on the idea" for a while.  In October 2014, however, he started thinking about merging Bluetooth technology and a walkie talkie. Having ordered one of each on Amazon, he discovered one disadvantage of island life: delivery times.

“It takes a week for stuff to arrive,” he explained. “It’s a nightmare when you are in the prototyping stage, you want everything straight away. In the UK, some stuff can be there on the same day. It’s really difficult to get hold of anything in the island, practical things are really difficult.”

Stephen was nonetheless able to build a “contraption” in his garage, soldiering the Bluetooth and walkie talkie parts together.

“It looked horrible, but it worked, I had seamless communication,” Stephen said. “It was my first ‘aha’ moment. I thought ‘at least I can get it to work so let’s see how far I can push it’.”

Pictured: Aleck 006 will be launching next winter.

Stephen then got in touch with companies to help build the helmet and headphones and tried "lots of different avenues.” This took several years, which he describes as “incredibly frustrating” and “a huge learning curve". Eventually, Stephen decided to drop the idea of making his own helmet to focus on the headphones themselves instead.

The two companies worked hand in hand to develop the headphones and the Aleck Go! App that enables users to create custom groups to keep in touch with the people they are skiing with, keep track of them on piste and customise the sound of their headphones.

Last April, Stephen flew out to Portland (Oregon) to meet the team at Smith, a US-based helmet and eyewear manufacturer, whom the entrepreneur describes as “the biggest retailer in the world”. After several months of back and forth to build up a relationship, Smith called Stephen in September to tell him they had chosen him for a four-year exclusivity contract for the US and Canada. 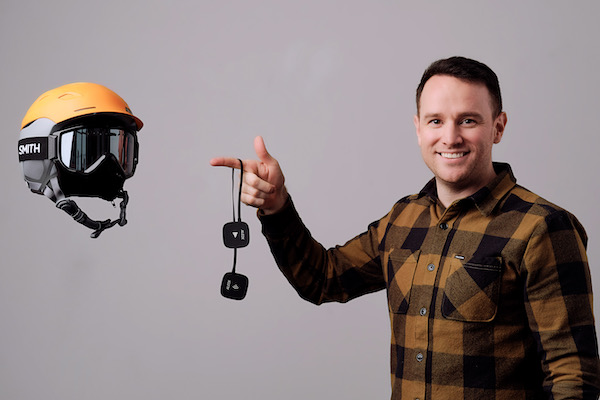 Pictured: Stephen built the first version of Aleck in his garage. (Studio M)

“The timing was really good, we got in touch with them as they were looking for an audio solution for their helmets,” Stephen said.

“I was very professional on the phone [when I got the call], but I was running about the room fist-bumping. I called my key backers who have been there since day one, I called my wife, who had had to live with me and this project for about five years.”

Stephen says receiving the news of the contract felt surreal at the time and still does not feel real to this day.

“It started by wanting to build something I wanted to use and grew into an idea that this could have a lot of market potential,” he said. “I suppose the contract is a validation of that. It was a pretty low point when he had to move from the idea of making helmet to ‘what can we do to keep the company alive’ and pivoted to make the headphones. I could not have even imagined then where we are now. It’s the biggest deal that we possibly could get.”

Pictured: Stephen says he struggled to find talent to build his team in Jersey.

Throughout the process, Stephen says that being in Jersey has made things more complex for him.

“It’s really hard to find talent in Jersey, especially in consumer product,” he explained. “The island is talent-constrained. Trying to build a team is so difficult in Jersey.

“It’s an affluent place, people are used to not have to work as hard for a high wage. In a bigger city, people are hungrier and there’s more competition that pushes people to work harder.

“America and China have an incredible work ethic. In the US, people strive to make things better and never settle, in China, people work and work and never stop. The UK is somewhere in between.” 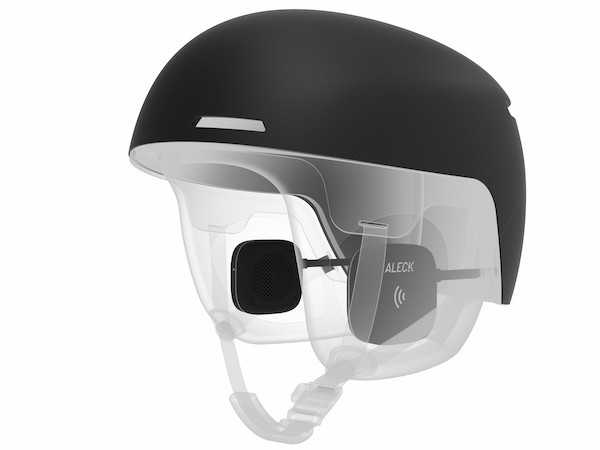 Pictured: Stephen is looking to launch a new product in 18 to 24 months.

However, the entrepreneur says the local tax system is an advantage, once you have made a success of the company. “It’s massively beneficial to run a tech company in Jersey,” Stephen said. “But the logistical stuff is very much a negative.”

Stephen’s logistical issues are not over. Due to the recent coronavirus outbreak, factories have been shut down in China, including Stephen’s who should have opened five weeks ago. Stephen hopes it will soon be open, but this could cause a two-month delay, which will have a “huge roll on effect”.

In the meantime, the entrepreneur is trying to remain positive and is already thinking of his next product, which is currently in development.

“It will help expand on the idea of communication,” Stephen said. “It should take 18 months to 24 months to be there, which is the general electronic product development time.

“We want to try and grow as much as we can and take products in the market into other sports.”