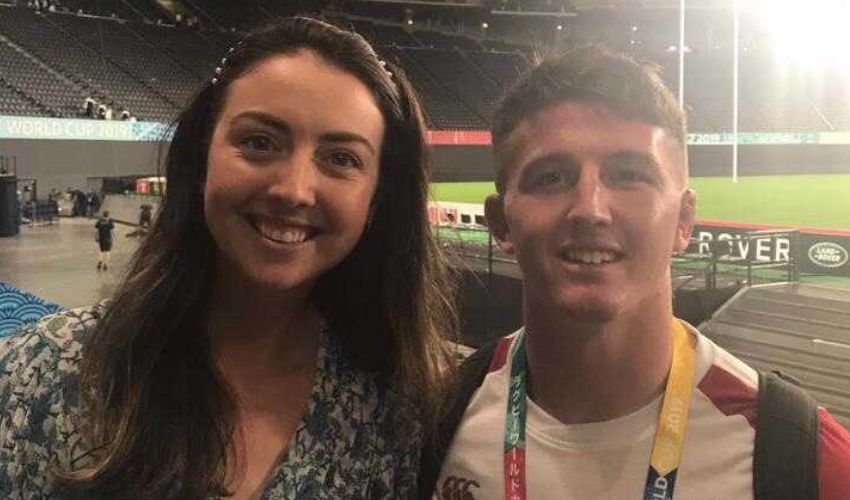 One islander had a particular reason to celebrate Warren Gatland’s British and Irish Lions squad selection this week.

Charlotte Curry’s brother Tom was one of the 37 rugby players chosen to tour South Africa in July, which means he’ll also be coming to Jersey next month for a training camp.

The 22-year-old back row will celebrate his birthday in Jersey on 15 June, so Charlotte hopes that her brother might be given a bit of time off to celebrate with her.

Like her brother – and everyone in the squad – Charlotte watched the selection live on Sky Sports on Thursday lunchtime.

“I met my boyfriend in Vinifera to watch it and was so happy when Tom was named … it was a huge surprise and great sense of pride. There were lots of tears,” she said.

Say hello to our new Lions

18 players will head on Tour this summer and experience putting the iconic red jersey on for the very first time.

“That evening we had a family catch-up on FaceTime and there were more tears of celebration, at least from my mum and me. Tom is a modest person, so his acknowledgment was very low key. There was definitely some relief, but it was the most laid-back reaction that you could have possibly imagined.”

Charlotte comes from a strong rugby family: Tom’s identical twin Ben is also a professional player, with both brothers forwards at Sale Sharks.

Charlotte (25) moved to the island last October to join her boyfriend, Max Argyle, who is playing his fifth season for the Jersey Reds.

“I had visited the island a number of times before while living in London and I just fell in love with it, so had been planning to move over for some time,” she said. “It was delayed because of covid but I finally made it over last autumn. It’s such a beautiful place to call home.”

Charlotte, who is a junior account manager at creative, web and marketing agency Switch Digital, said she was looking forward to seeing Tom, who has 33 caps for England, during any free time that he might be given during next month’s high-intensity training camp, which could involve facing Jersey's own professionals. 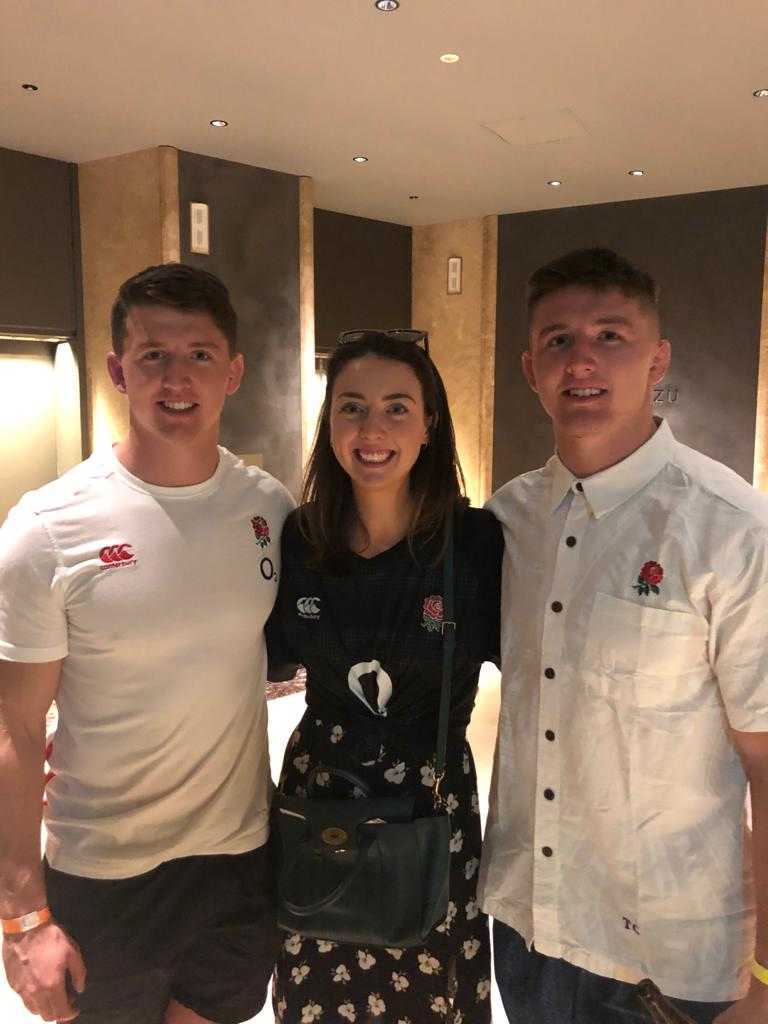 Pictured: Ben, Charlotte and Tom Curry after the World Cup final in Tokyo in 2019, in which Tom played.

“Unfortunately, I don’t think we’ll be allowed to travel to South Africa to watch the tour itself, but I’ll certainly be following it closely on TV. And hopefully I’ll be able to make to Scotland for the warm-up game against Japan immediately after the Jersey camp," she said.

“I couldn’t be prouder of my brother; he and Ben have been playing rugby since they were three and dad has already dug out some photos of Tom as a toddler in a Lions’ shirt. Playing for them has always been a dream of his.”

The final course at St Peter … is crumble