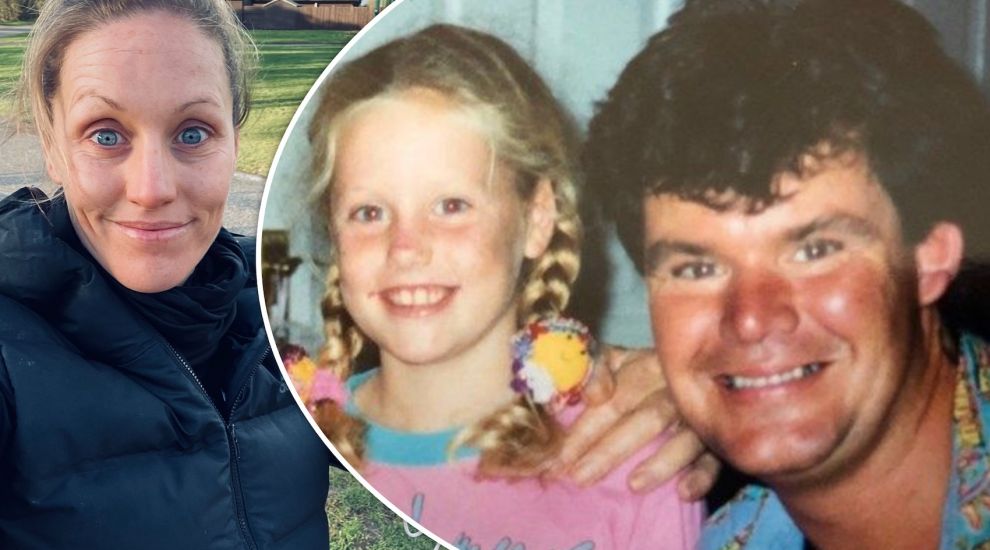 An islander who set herself an ‘extreme’ challenge in aid of two charities who helped her stepfather through darker periods in his life has raised more than £2,000.

For 24 hours, Stephanie Henwood-Darts ran 4.2 miles on the hour every hour at Les Quennevais race track to raise money for Jersey Hospice Care and The Shelter Trust.

Both charities were important sources of support for Stephanie’s stepdad Pete, who died from cancer in October, aged 61.

"My memories of him in my younger years are of fun and laughter, lots of football, holidays and being carried up to bed every night by this great man," Stephanie  recalled on her fundraising page.

"Unfortunately he had some dark days later in life", suffering with alcoholism from when Stephanie was 13 years old, and The Shelter Trust supported him for a number of years.

The charity is the leading provider of accommodation and support services for the homeless community in Jersey, assisting around 100 people per night at four sites in and around the town area. 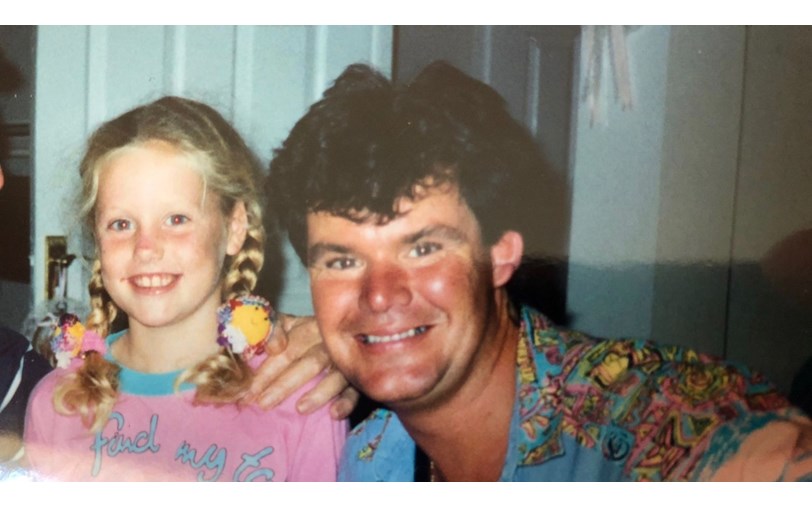 Pictured: Stephanie's late stepdad Pete suffered with alcoholism from when she was 13 years old.

“The Shelter Trust do amazing work with a whole range of people in need, and I wanted to raise money to both raise awareness of the work they do and the support they offer,” Stephanie said.

“They helped Pete at his time in need and I hope I can help them to provide the same support to others.”

“They gave us the opportunity to see him again as his good old self, and looked after him amazingly, with absolutely no judgement,” she said. “That meant a lot to us, and I wanted to give back for this.” 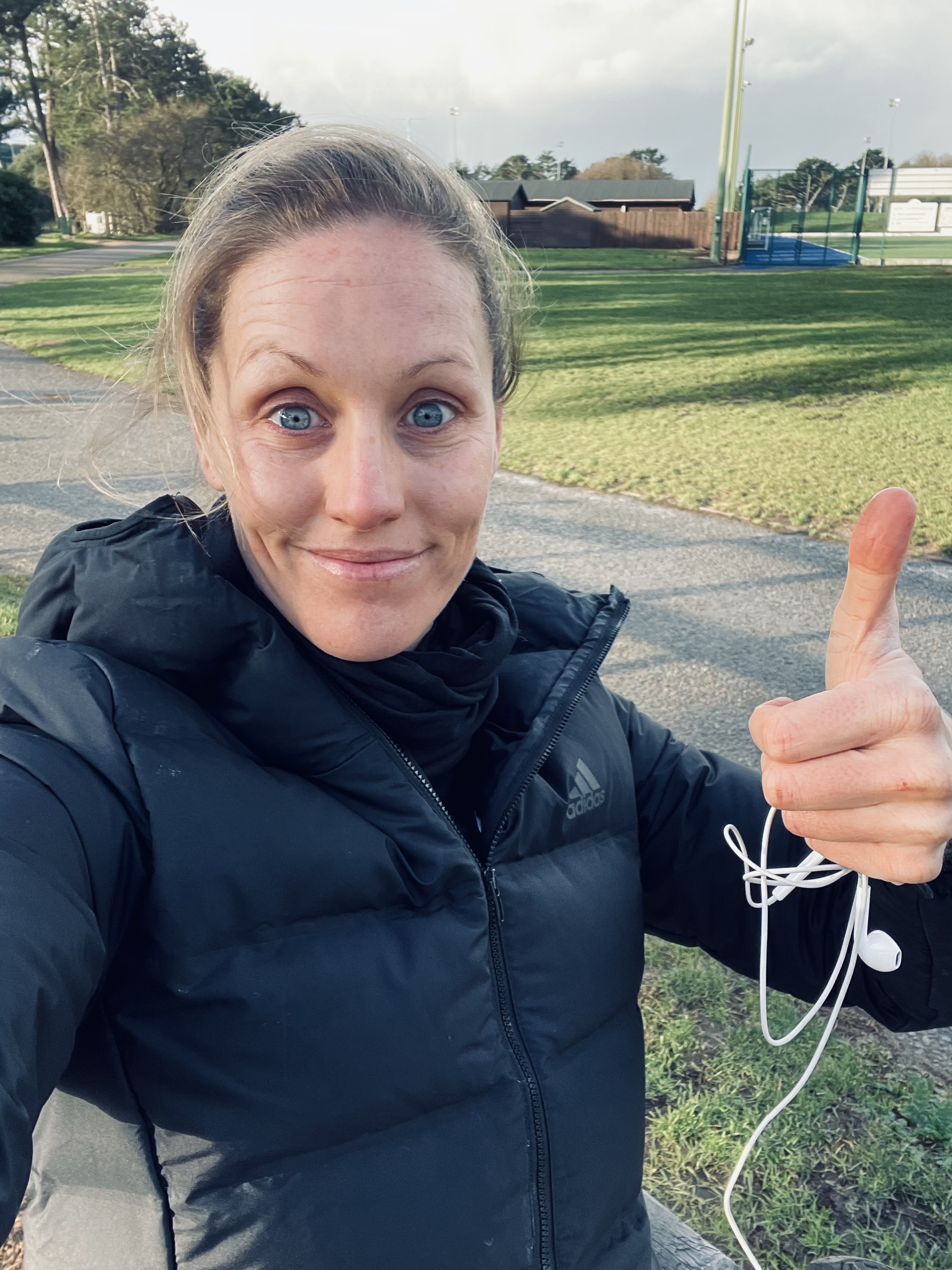 Pictured: Ready to go! Stephanie gives a thumbs up ahead of her 100 mile challenge.

Stephanie took part in the Round the Rock ultramarathon in Jersey earlier this year, but says this 100 mile challenge was the hardest thing she has ever done.

“I expected it to be painful, and there were definitely a few tears shed along the way!”

“I wouldn’t have been able to do it without the support of my friends and family,” she added. “So many people were there for me in many different ways. Whether it was setting up lights, force feeding me mars bars or running and cycling around with me.”

With an initial fundraising target of £1,000, Stephanie received over £2,200 in donations. “I’m over the moon with the amount of sponsorship I have received, and I can’t thank people enough for their generous donations." 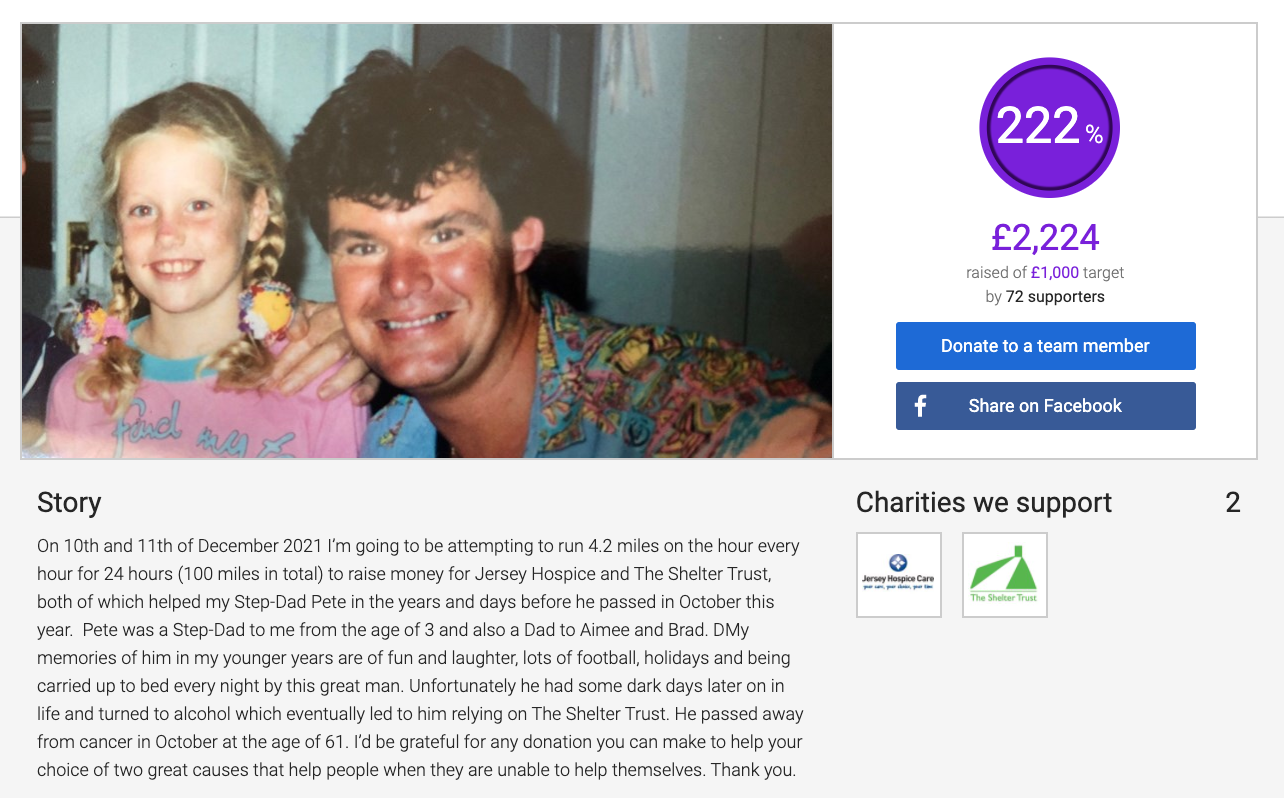 Pictured: The islander raised over £2,200 for the two local charities through her fundraising page.

“I am lucky enough to have a roof over my head and a healthy body that can run 100 miles so it feels great to have been able to do something that will help others.

“I hope that Pete would be happy that I have been able to give back to the charities that were there for him when he needed them.”

To donate to The Shelter Trust and Jersey Hospice Care on Stephanie’s fundraising page, CLICK HERE.