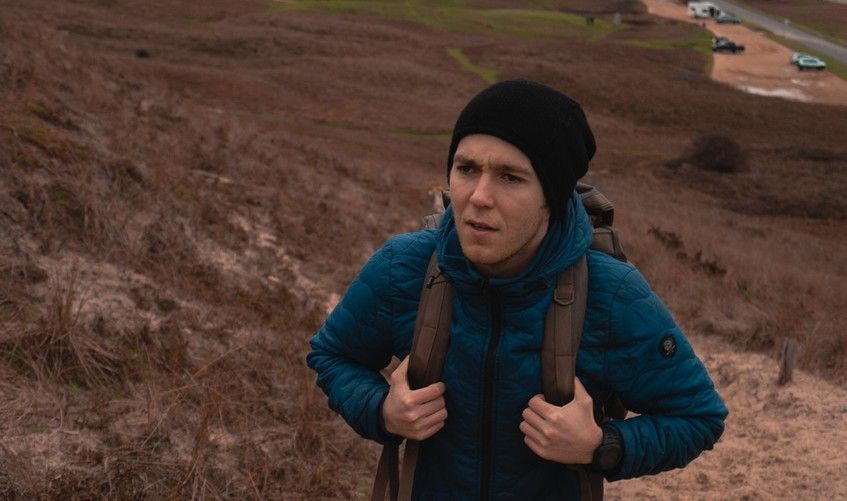 A challenge-hungry islander, whose own mental health difficulties inspired him to fundraise to help others, is prepping for a 20-month journey that will take him from France to North China... on foot.

Sam Wood (23) will embark on his 6,500-mile trek from St. Malo to Beijing, which will follow the old Silk Road Routes, on 1 May in a bid to raise money for Mind, while encouraging young men to “come forward and seek the help that they need”.

The former Quennevais and Highlands College student, who currently works at Costa Cofee, is no stranger to a challenge.

He completed the 'Around the Island Walk' at a young age, climbed Kilimanjaro with a friend, completed a solo summit of Mulhacen, the highest mountain in the Sierra Nevada range and ran 52 miles for charity. 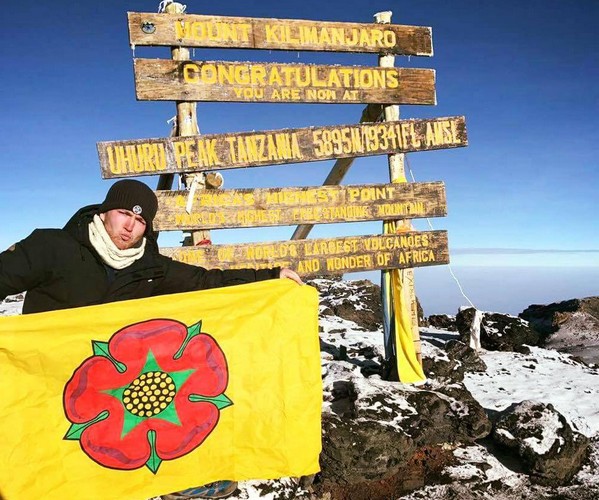 “I'd have to say the hardest thing I've done would be the 100-mile run that I attempted last year,” Sam told Express.

“After a fall along the north coast and trouble with my knees, we decided that it'd be best if I pulled out at around the 75-mile mark. Worst pain I've ever been in, but I'll definitely be giving it another crack as soon as the walk is finished!”

His latest challenge was inspired not only by his own struggles with mental health, but also by suicide statistics which he stumbled on on World Mental Health Day (10 October) last year. 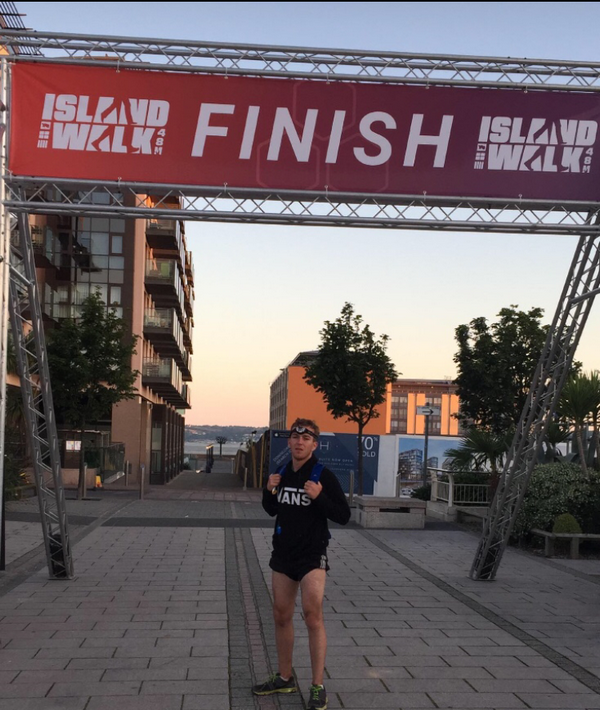 Pictured: Sam's latest challenge was partly inspired by his struggles with mental health.

“According to the Office for National Statistics, 6,507 people took their own lives in the UK in 2018, and when you actually break that number down, it was roughly one person that was taking their own life every other hour,” Sam explained.

“In Jersey, it's just as bad, I don't know how many attempted suicides there have been, but I know that we've lost roughly 130 people to suicide in the last 10 years alone.”

Sam said that reading the figures made him wonder if something more could be done to help people suffering with their mental health. 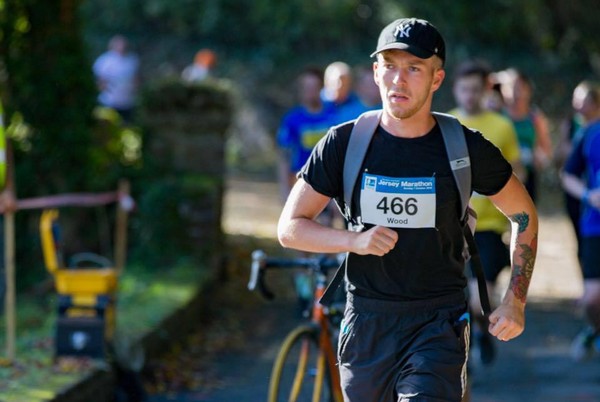 Pictured: Sam is no stranger to a challenge.

“Young men make up a large number of the suicide statistics in the UK, and as a young man that's struggled with his own mental health in the past, I understand how daunting it can be to come forward and admit to others when you need help,” Sam added.

“Hopefully, by doing the walk, I can break down a bit of the stigma that we put around mental health and inspire any young lads that are suffering to come forward and seek the help that they need.”

Sam has based the route of his trek off the old Silk Road routes traders used to take from Europe to China hundreds of years ago to avoid “giving myself a massive headache”. 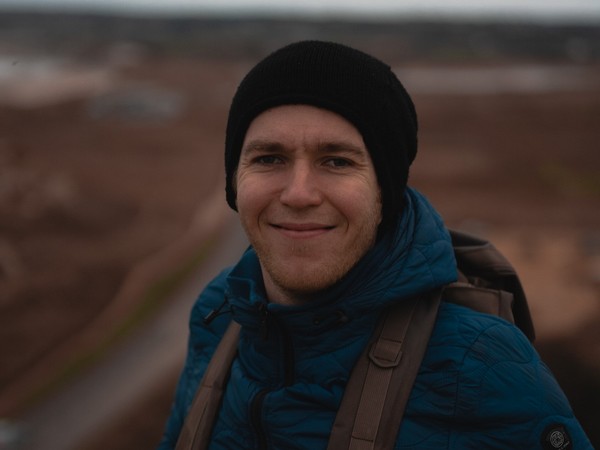 Pictured: Sam will be leaving in May for his 6,500 mile journey.

While he has had to make some changes due to the geopolitical situation in countries such as Iraq, Ukraine, Iran and Syria, Sam assured the overall route is more or less the same.

While he admits the route may change once he sets off or even during the walk, Sam is hoping to complete the whole walk in just over 20 months.

“I'll be starting in St Malo, and then walking across all of southern Europe, through the Balkans, Turkey, Georgia, followed by Azerbaijan,” Sam explained. “To avoid Iraq and Syria, I'm going to have to 'cheat' a little bit and take a boat across the Caspian Sea from Azerbaijan to Kazakhstan but apart from that I'll be walking every step. 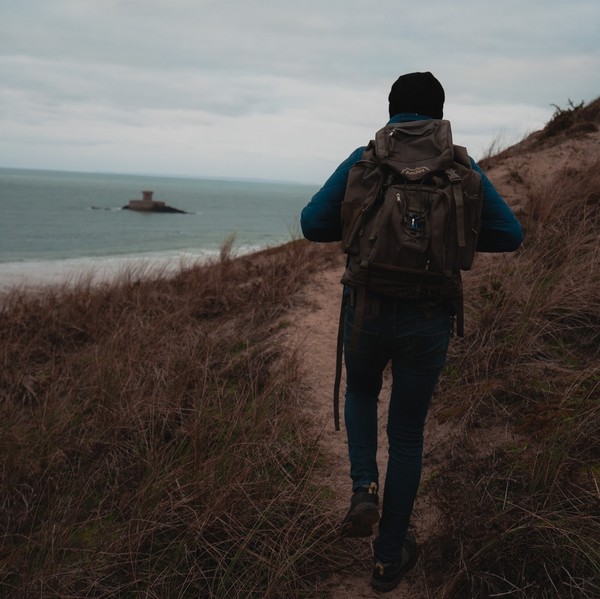 Pictured: Sam is walking around the island with a rucksack to get used to the weight.

With only a few months to go before the departure, Sam is busy trying to whittle down his equipment list which he said is currently “as long as my arm”.

He will need to carry a satellite phone, a personal locator beacon, an ABC (altimeter, barometer, compass) watch, a tent, a first aid kit as well as “a great pair of shoes obviously”.

He is also spending a lot of time walking around the island to prepare for his long journey.

“Aside from spending a lot of time torturing myself in the gym, I try to walk along the north coast as often as I can,” Sam said. “Carrying a light rucksack to try and build strength in my legs, although I'll be gradually increasing the weight as the weeks go by. As well as training physically, I'm also be preparing myself mentally by seeing a sports psychologist.”

Through his long journey, Sam hopes to raise £20,000 for Mind Jersey, which he describes as “a great local charity that offers advice and support to anyone struggling with mental health.”

“It also campaigns to reduce stigma and increase understanding around mental health and mental illness, which is something that I think is severely lacking in Jersey and in the UK,” Sam explained in a post for Mind.

“I share Mind’s vision of a society that promotes good mental health for everyone and treats people that suffer from mental illness fairly, positively and with respect. The mind is an incredible thing and I think that when you feed it with the right kind of message, it will carry you to places long after your body has given up.”

You can donate to Sam's fundraising page by clicking here.