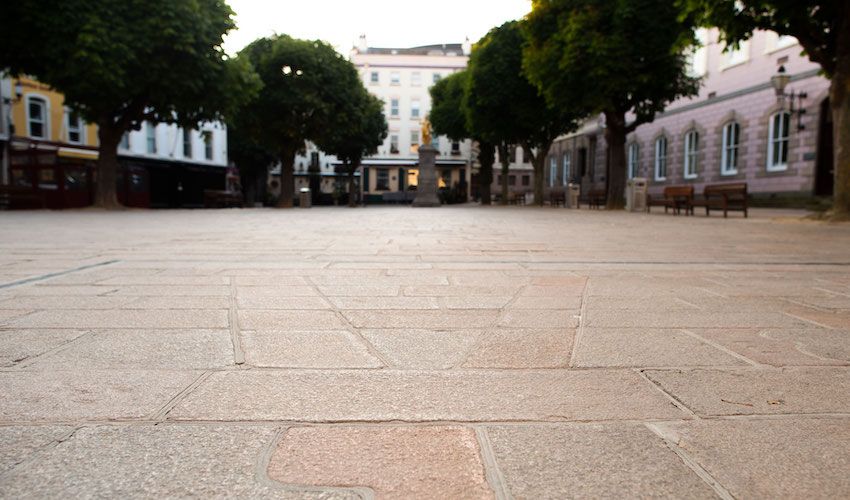 Historians have shared the story of a free-spirited young stonemason, who cheekily dared to set his defiance against the Nazis in stone.

The tale of Joseph Le Guyarder is being shared 75 years since St. Malo was recaptured by the Allied forces, cutting the Channel Islands' link with France.

To mark the anniversary, Jersey War Tunnels explained the young man's unusual mark of hope for Allied victory at this crucial wartime moment...

During the occupation, Jersey’s Department of Labour tried to offer local people opportunities to work and earn much-needed money, creating employment schemes such as improving roads and building roadside walls.

Pictured: The iconic 'V' and '1945' can still be seen today in the Royal Square.

Joseph was employed in one of those schemes during the final months of Occupation by the Nazi forces to re-lay the paving in the Royal Square.

Joseph had recently worked on the Roman Catholic Church of the Sacred Heart in St. Aubin, where he had incorporated a symbolic anchor of coloured granite into the façade to show compassion for the lives lost at sea in the South Atlantic during the early stages of the war.

Now, after more than four years of occupation and with Germans all around, he decided to show his patriotism. The Allied forces were winning the war and Joseph resolved to commemorate this for posterity by laying a large ‘V’ for victory in the paving.

As the work progressed, he cleverly moved his equipment and materials around to hide his work, which he finally revealed at the time of the Liberation. 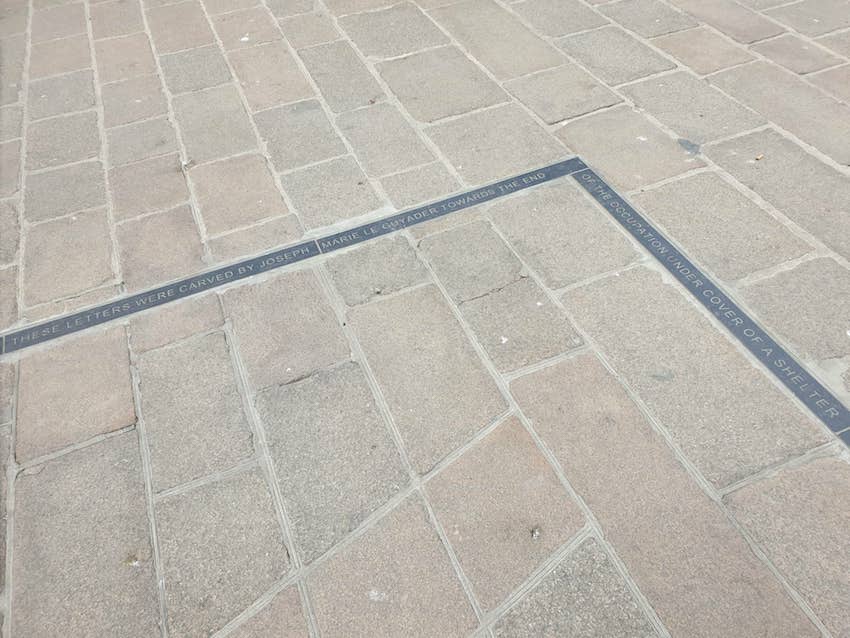 Pictured: Joseph's grandson has continued the family's tradition of stonemasonry.

Later on, the shaped stones spelling ‘Vega’ and ‘1945’ were added to the ‘V’, in recognition of the delivery of Red Cross supplies brought by the SS Vega during the last six months of the war.

Years later, the letters were carved into the stone and a border placed around the tribute, which was unveiled in 1972 by the Duchess of Kent.

Of all the memorials in Jersey, Jersey War Tunnels say this is perhaps the best appreciated: one man’s act of defiance.

More than just 'the enemy'?