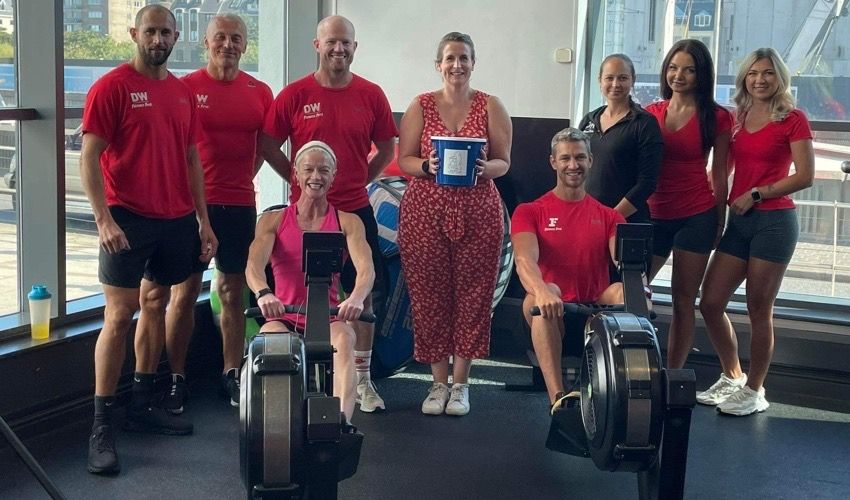 An eight-hour indoor rowing challenge in a fortnight hopes to raise money to buy a dog version of resusitation doll 'Annie'.

Islanders are being urged to sign up to a ‘Puffathon’ at Fitness First on Saturday 27 August.

The challenge will be held between 07:00 and 15:00. Volunteers can row for as little or as long as they like; the rule being that someone must always be rowing over the eight hours, with a minute allowed to swap people over and wipe down the machine.

The aim is to raise £600 through donations for a CPR dog model - known as 'Casper' - for the JSPCA, who will use it to train their staff on resuscitation.

Organiser Hollie McVittie, who is a personal trainer based at Fitness First, said: “I know the JSPCA do a great job finding homes for unwanted animals and I thought I’d reach out to see if there was something they particularly needed to buy for the animals.

“They responded immediately and said, as I’m in the health industry, how’s about raising money for a model dog to practice their staffs CPR skills on, plus some large stuffed animal models for training?”

Hollie added: “I then reached out to my Fitness First colleagues, who were all in! This challenge is for all levels, you can row for five minutes or an hour or whatever. We are welcoming members and non members alike.

“We have started collecting already and I’m really excited about the prospect of smashing our £600 target.”

PT encourages islanders to step up for lakefire victims