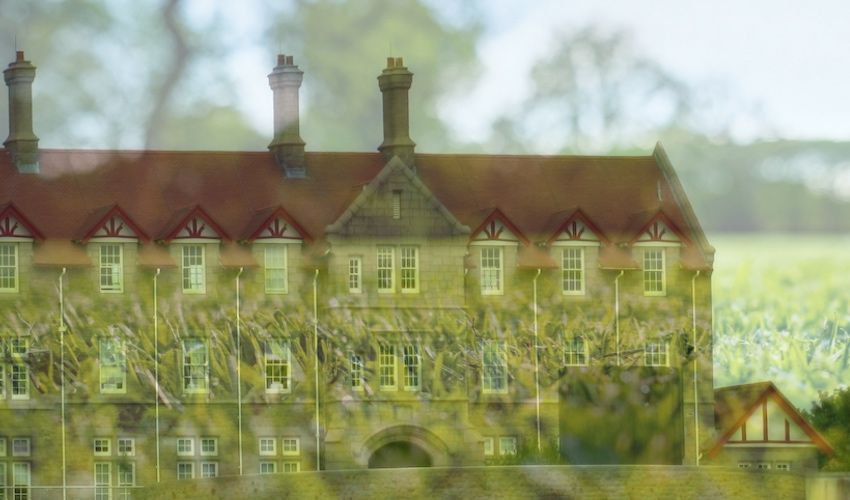 An application to turn two agricultural fields into an open space for Jersey College for Girls students to relax has been turned down over concerns that it could limit public access.

The school, off Mont Millais in St Saviour, had applied to change the use of fields to create a green open space to support the physical and mental wellbeing of pupils at both JCG and its prep school JCP.

The parcel of land to the east of JCP, with Palace Close to the north and New Zealand Avenue to the south, is designated for ‘school educational purposes’ in the Bridging Island Plan and had been recommended for approval by the Planning Department.

At its monthly meeting on Thursday, the group of politicians all supported the use of the fields by the two schools but voiced concern over how the public would be able to access an informal track around the southern and eastern perimeter of the fields, which links Ivystill Lane with Claremont Road.

Pictured: The fields in question, although the open space for students would not extend into the east-pointing finger. (Google Maps)

Addressing the committee, JCG teacher David Jones said that a gate in the planned fence surrounding the fields, which would be halfway along the eastern perimeter, would be unlocked at the beginning and end of the day to let pupils from other schools walk from the Longueville area to Mont Millais and back.

It would be monitored by on-duty staff, but they would not be standing at the gate “like a sentry”, he added.

St. Saviour Constable Kevin Lewis spoke in favour of the application but said the parish wanted to see a planning agreement put in place to formalise access to the path for all children.

The Committee concluded by five votes to one that more work need to be done to secure public access.

Deputy Alex Curtis said: “This application does not strike the right balance between students and other people, so the applicant need to work with a Planning officer to find a solution to preserve public access.”

Fellow committee members Deputies Steve Luce and Andy Howell both said they recognised the need to safeguard students so suggested that the fence might be moved in slightly to create public access on its outer side.