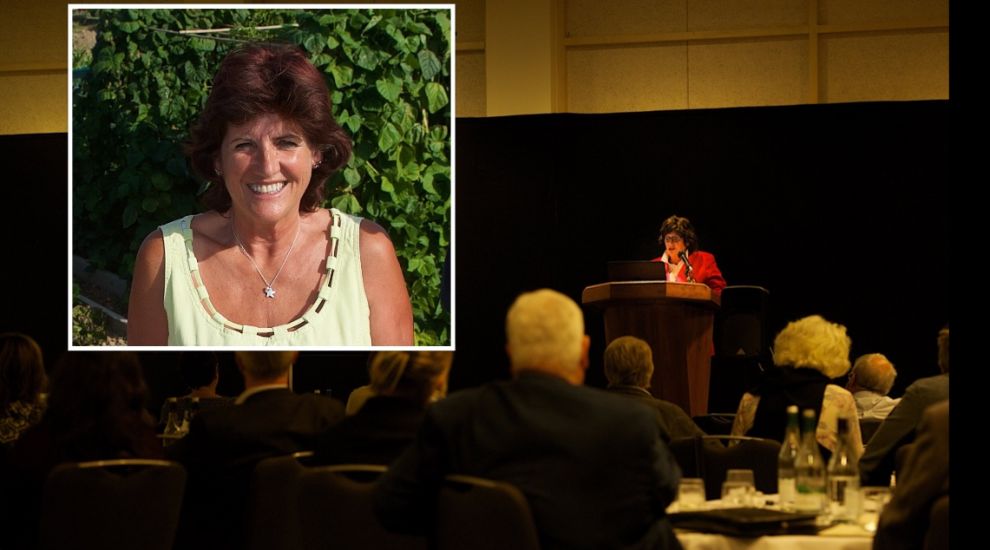 Friends and former colleagues have paid tribute to a “well-respected” and “passionate ambassador” for tourism, and organiser of Jersey's Dance World Cup team, after she recently passed away aged 66.

Jennifer Ellenger, who died on Friday 6 January, had an extensive career in the Jersey Tourism trade having started out at the Pomme d’Or as a party organiser before going on to join Jersey Tourism where she became the Head of Product Development.

Ana and Marcus Calvani, Co-CEOs of the Jersey Hospitality Association, described Jennifer as "a well-respected and much-loved member of our industry".

They continued. "Since learning the news... members of the JHA have been in touch with their tributes to Jenny. All of them talk about how much they enjoyed working with her.

Enthusiasm that was a "joy to see"

"Jenny’s enthusiasm for tourism and hospitality was a joy to see and she will be greatly missed by all of us who knew her. Our sincere condolences to her family and friends at this sad time.”

Her former colleagues at the Pomme d'Or, where she worked between 1983 and 2001, remembered an "irrepressible" party organiser, who particularly shone at Christmas.

Deputy Lyndon Farnham, the former Economic Development Minister, who worked closely with Jennifer over the years, said he was "shocked and saddened" to have learned of Jennifer's passing. He recalled a "caring friend and colleague who I was privileged to know and work with over the years".

Deputy Farnham added added: "She was a great ambassador for Tourism and her island, a consumate professional, always fully commited to her work which she tackled with passion and flair.

"Spending time with Jenny was always fun with love and laugher never being far away.  I would like to extend my heartfelt condolences to Steve and to Jenny's family.  She will be sadly missed but very fondly remembered."

The team at Visit Jersey, where Jennifer worked as Head of Product Development, said: "We are saddened by the passing of Jennifer Ellenger. Jennifer was a passionate ambassador for the island, a talented guide, and a deeply admired former member of the Visit Jersey team.

"Our thoughts are with her family, friends, and the Jersey Tourist Guides Association at this time." 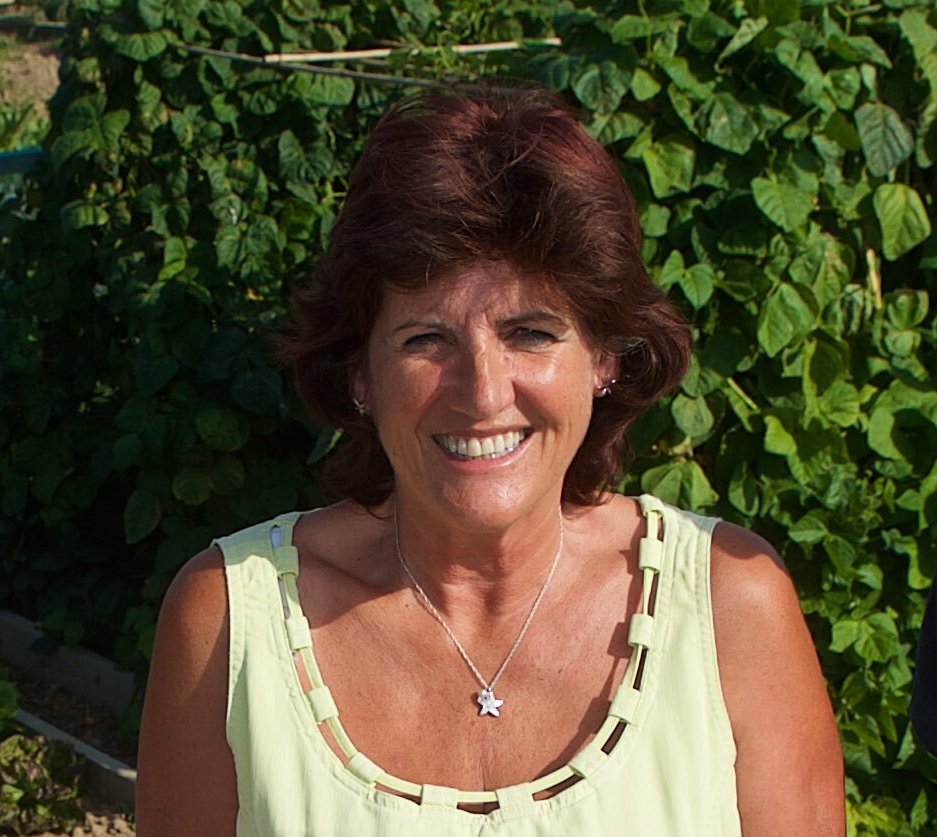 Pictured: Jennifer Ellenger, who passed away on Friday 6th January.

As well as working for Visit Jersey, Jennifer was also a blue badge tour guide and was the Chair of the Jersey Tourist Guides Association for two years until November 2022.

Captain Brian Nibbs, a former Harbour Master and the current Chair of the Jersey Tourist Guides Association has his own memories of Jennifer.

"I succeeded Jenny as Chair of the JTGA in November 2022 and her passing came as a complete shock, both personally and to our membership, many of who were personal friends. Jenny was Chair for two years, and with her experience, hard work and strong industry connections, it is proving a hard act to follow," he said.

"I have known Jenny for more years than I care to remember. We were both keen swimmers and first met as members of the Jersey Branch of the Royal Life-Saving Society where we both qualified as pool lifeguards.

"I can recall clearly that we were both a little apprehensive of the annual re-examination at Fort Regent Pool, especially the ‘timed tows’, but we both managed to re-qualify each year, if somewhat breathless on completion! Jenny was at Jersey Tourism when I was Harbour Master and she was always my first ‘port of call’ if the Department needed assistance in that direction – nothing was ever too much trouble.

"As a Blue Badge Guide, Jenny’s Island knowledge was considerable and she was well respected for this. Personally, I’ll miss her friendship and involvement with the JTGA and our thoughts are with her long-term partner, Steve [Bailey], at this very sad time." 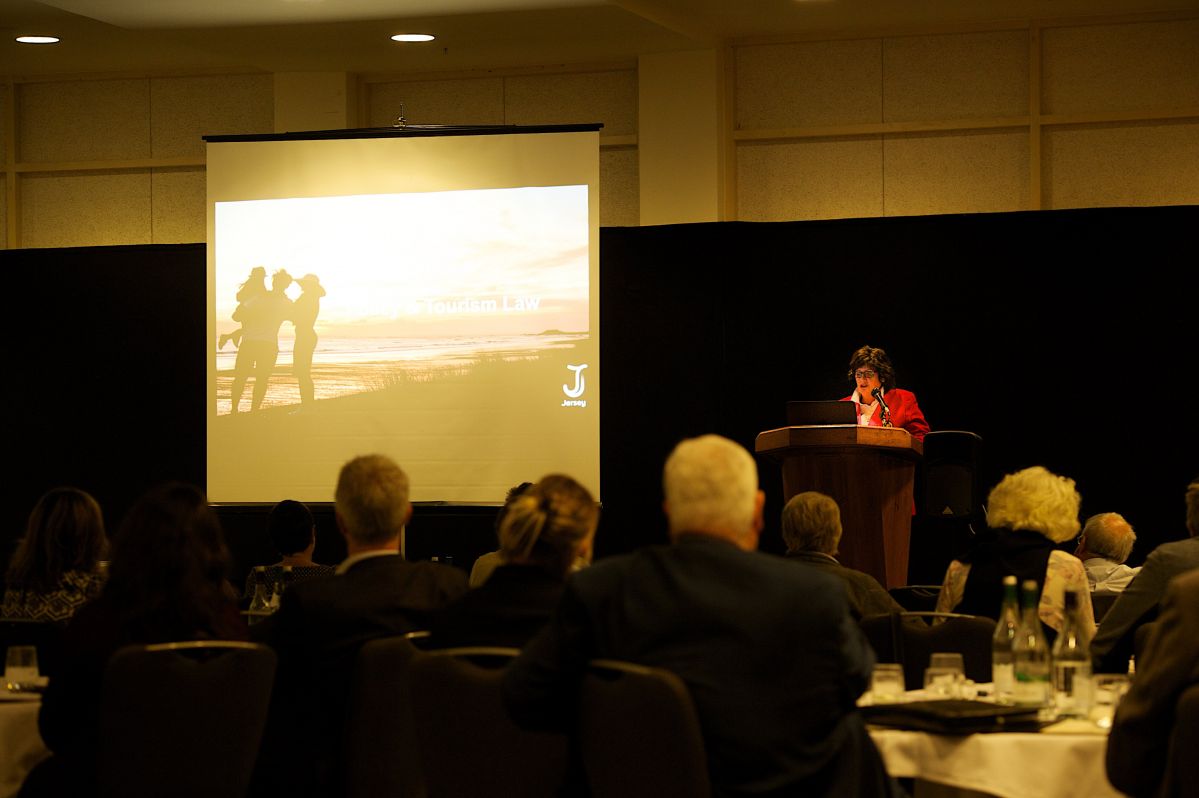 Pictured: Visit Jersey described Jennifer as "a passionate ambassador for the island, a talented guide, and a deeply admired former member of the Visit Jersey team."

Another of Jennifer's Tour Guide colleagues and a friend from the 'Bathing Beau and Bluebelles’ swimming group, Melanie Cavey, also remembered Jennifer as knowledgable and full of life.

"I will always remember her smile"

"Jenny was a very special person," she explained.

"I first met Jenny when she was one of the mentors on our Bronze Badge guide training programme. She was always so knowledgeable, approachable and encouraging. She was one of those people who can achieve an enormous amount whilst never appearing hurried despite doing so much!

"That includes starting a sea swimming group during the Covid era which has gone from strength to strength and saw her swimming early morning to start the day almost without fail throughout the year. I will always remember her smile, generosity and joie de vivre and because of Jenny, I will keep up the swimming!"

Many in the dance community also celebrated Jennifer's life. She was one of the compères for the Jersey Dance World Cup team, and also organised the group's opening parades.

John Grimshaw, Chairman of Dance World Cup said of her passing: "Jenny was always positive, witty and calm, she would take on any task we required her to assist us with.

"She was one of our main announcers (comperes) and she never let foreign names or French balletic phases deter her in delivering immaculate introductions. She was a true professional and will be sorely missed by one and all within our community.

"Jennifer Ellenger was a truly amazing woman and Dance World Cup were lucky to have her total support in assisting us on putting on our world dance finals and Channel Island qualifiers since 2016."

Dance World Cup are currently in contact with her family to have a tribute to Jenny at the world finals in braga, Portugal in June/July 2023.

There will be a celebration of Jenny's life today (Wednesday 25 January) at St. Aubin's Methodist Church at 14:30, followed by a private committal. Her family request that no flowers are brought.

Those who attend are encouraged to wear bright uplifting colours - and a touch of tartan can also be worn, as Robbie Burns shared his birthday with Jennifer.