Jersey Action Against Rape: Five things we would change about Jersey 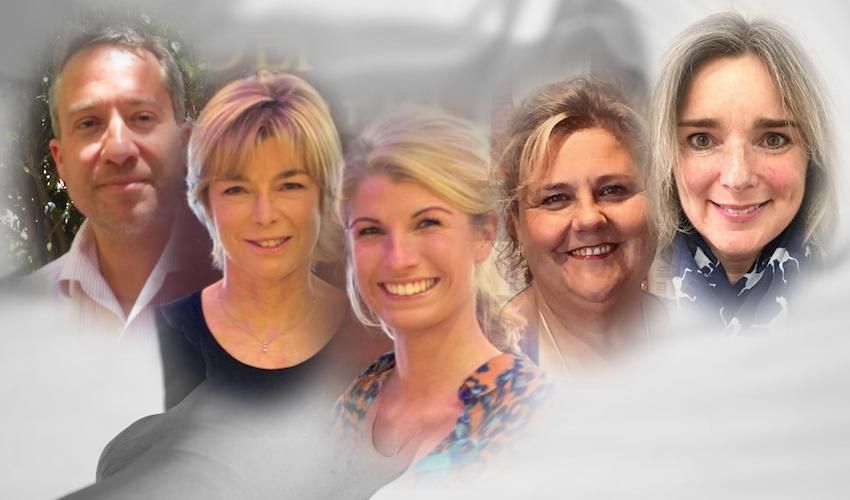 Jersey Action Against Rape: Five things we would change about Jersey

Established to provide a support network for survivors of rape and sexual assault in the island, Jersey Action Against Rape transformed personal trauma into something positive and powerful.

It was the candid speech of Cassidy McIntosh - herself a survivor of rape at the hands of a former family friend - waiving her right to anonymity and speaking out about her experiences which marked the launch of the charity with her mother Sara.

Since then, the charity have been campaigning to educate islanders and debunk myths about rape culture.

With much work still to do, Express have learned what a charity with change at its very core would improve about Jersey if it were up to them...

At JAAR, we do not receive any funding from the States but we are now at the point that we are having to introduce a waiting list for people requiring help from our qualified counsellors.

JAAR helps people who have experienced really complex trauma and who need very specialised support to live their lives and take back control. Without JAAR's support victims may experience a wide range of mental health issues, such as disassociation, anxiety and flashbacks.

If the victim does not receive timely help to deal with these feelings it could lead to drug and alcohol abuse, self-harming or even suicidal thoughts.

It is important that the States of Jersey recognise that there is a very real cost to society due to issues arising from mental health. To this extent we would like to see a greater allocation in the health budget to services involved in all aspects of mental health.

JAAR would like to see all trials of Rape tried by Jurats rather than by juries. JAAR wish to be clear that it has no difficulty in principle with the concept of trial by jury. However, rape trials involve a myriad of complex issues and JAAR remains concerned about the practical impossibility of ensuring that the general public, whom make up a jury, are familiar with these many issues.

Pictured: JAAR want all rape trials to be heard by Jurats.

With so many articles appearing in the Jersey media, and also in the UK, about recent trials the concept of sexual consent can seem blurred. This is especially true for some younger members of our community and in part because the message still lacks clarity. The law on consent is not fuzzy, but without that clarity survivors can be left with a sense of misplaced guilt and individuals facing the weight of the law because they were not sufficiently cognisant.

Pictured: "The law on consent is not fuzzy, but without that clarity survivors can be left with a sense of misplaced guilt..."

JAAR has undertaken a programme of going into schools and speaking direct to students about consent but this needs support to broaden the reach. We live in an increasingly sexualised society, often dominated by social media, so we owe it to everyone to ensure that consent is clear, unambiguous and the message readily available.

We believe a counselling skills course should be made available to all Year 13 pupils to help them better understand themselves and others and to give them the listening and responding skills which will be of benefit to them throughout their lives. An experiential course would enable them to gain emotional fitness skills and promote self-resilience which in turn would help them to set boundaries with others which could help them avoid or deal with situations where there is the threat of sexual abuse.

In addition, such a course would also highlight those young people who are struggling with mental health issues and who may require a little extra help which is particularly important if they are planning to go to university in the UK.

Sexual assault and rape are frightening and distressing topics. We find it difficult to accept the possibility that we or someone we love could be violated this way. As a society we have adopted certain beliefs and attitudes about sexual violence in an attempt to deny the brutality of what actually happens and to reassure ourselves that it could never happen to us. 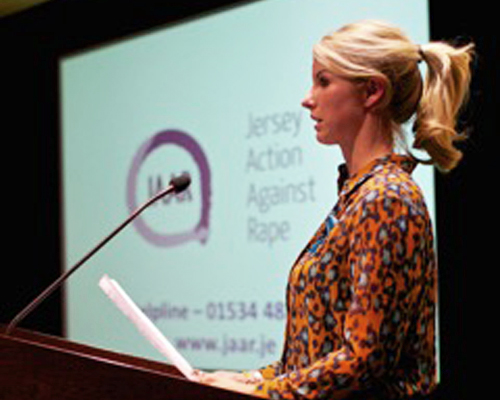 Pictured: Cassidy McIntosh waiving her right to anonymity and speaking out about her experiences at the JAAR launch.

These widely held but ill-founded beliefs contribute to the fear survivors have in seeking help and reporting the attack. They feel that they will not be believed or will be blamed.  This contributes to the silence that continues to surround sexual violence. That silence protects the perpetrator.

The views expressed in this article are those of the authors and not of Bailiwick Express.