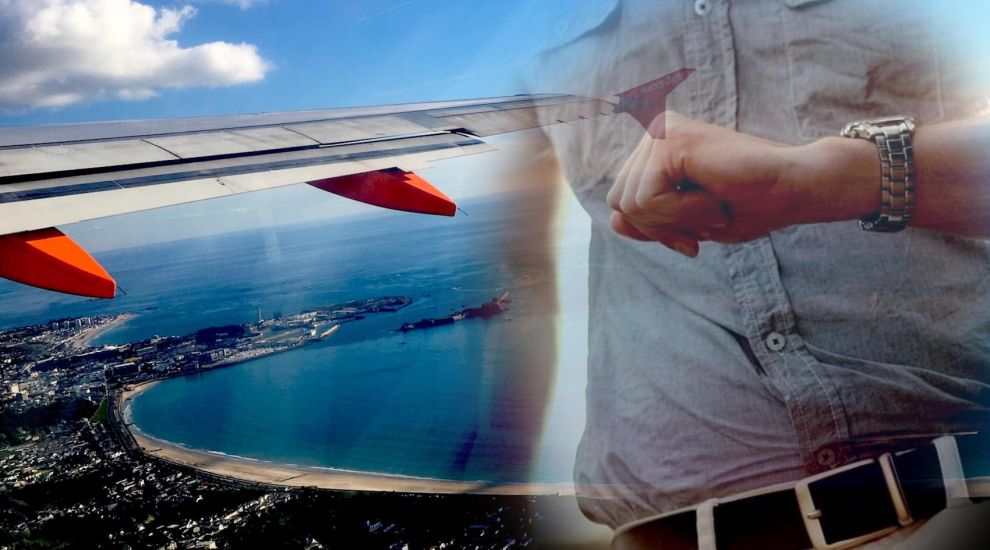 Flights departing from Jersey are an average of 16 minutes late, ranking the island's airport among the UK's five worst for delays.

According to new Civil Aviation Authority data, Jersey came joint with Manchester in a list of the airports with the longest average delays for departures in 2018.

The figures showed that Jersey flights only took off closer to their scheduled time than Gatwick (18 minutes), Luton (19 minutes), Birmingham (19 minutes) and the UK's fourth busiest airport Stansted, whose flights were nearly half an hour late.

The rankings were formed following analysis of every scheduled and chartered flight from 24 major UK airports. Cancelled flights did not form part of the calculation. 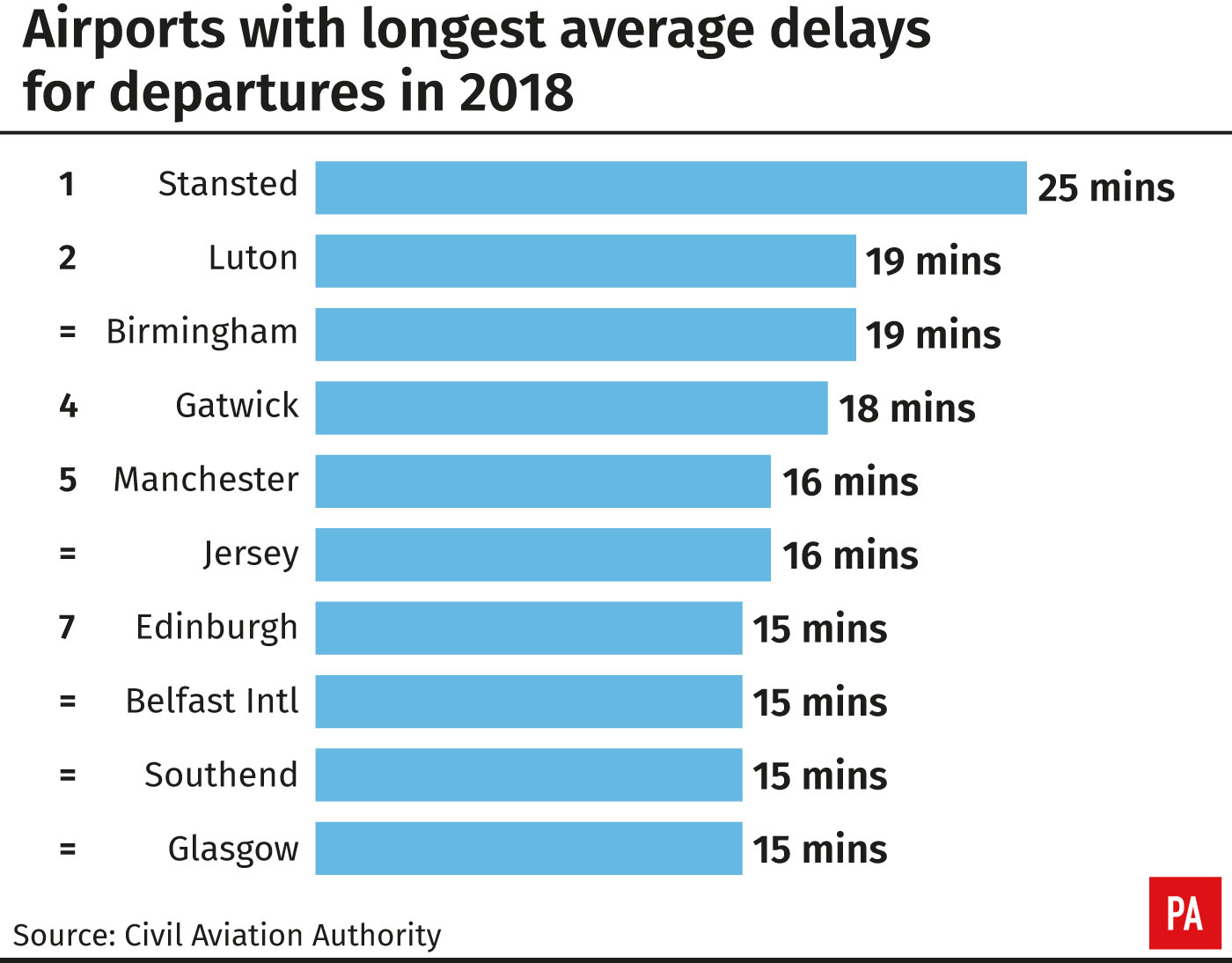 Belfast City (George Best), meanwhile, was delayed by an average of eight minutes, deeming it the best performing UK airport.

Acting CEO of Ports of Jersey, Alan Merry, commented: “Along with our airline partners, its appointed agents and our on-site business agencies, we endeavour to ensure that a passenger’s journey through Jersey Airport is a smooth and enjoyable experience. However, during periods of disruption and delays to air services we all work closely together to provide support and assistance to affected passengers.”

A Quality of Service report for the first quarter of this year based on analysis of 2,300 flights by Ports of Jersey said that 58% of flights from the island actually arrive early, adding that the average delay was around 13 minutes. 82% of flights take off within 15 minutes, it said.

Partially explaining the average delay time, the report described Jersey as a "destination airport". "This means if a flight schedule is affected prior to arriving in the island it will impact on the flight schedule time and could cause a delay on the Jersey departure."

However, it added that in such situations: "...The airline and its ground agent, supported by Ports of Jersey, work hard to turn the flight around as quickly as possible." 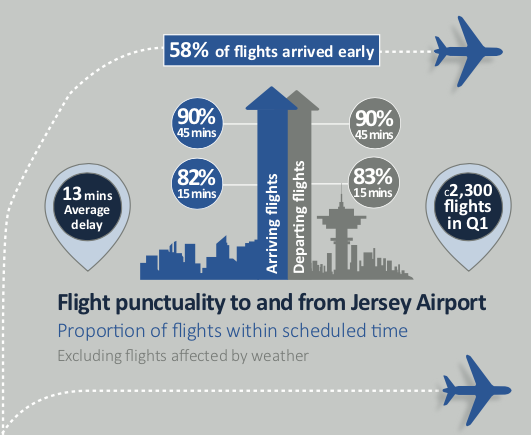 Pictured: Statistics from Ports of Jersey's Quality of Service report.

Delays, according to the Airport Operators' Association (AOA), are caused by a "range of factors."

Among those last year were the Beast from the East and Air Traffic Controller strikes in France and Belgium, as well as general constraints on the capacity of UK airspace.

Posted by Paul Young on May 29th, 2019
I wonder how much the figures would improve if all Flybe flights were removed from these statistics?
To place a comment please login Login »