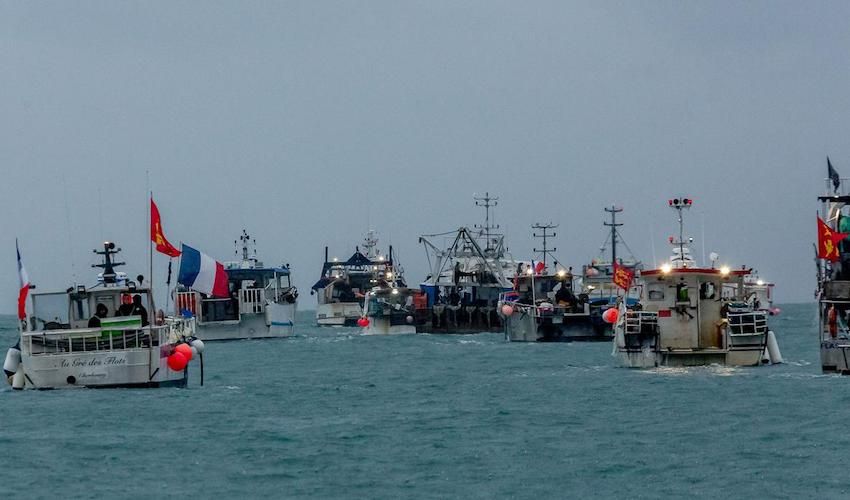 Jersey and French fishermen have sat round the table by themselves for the first time since last year’s battle and have reached several agreements to avoid future conflict.

The meeting between Norman and Jersey fishers was described as “forthright and productive” by Jersey Fishermen’s Association President Don Thompson.

It is hoped that improved communication will pave the way for better outcomes when more controversial parts of the post-Brexit trade agreement are implemented.

So far, Jersey has issued licences to 135 French fishing boats, who could all demonstrate evidence of past activity in local waters, as required by the terms of the agreement.

Conditions yet to be ironed out

However, the conditions to those licences setting out what can be caught, when and where, and by which method are yet to be applied.

Establishing this ‘nature and extent’ of activity could be hotly disputed if livelihoods are perceived to be at risk. 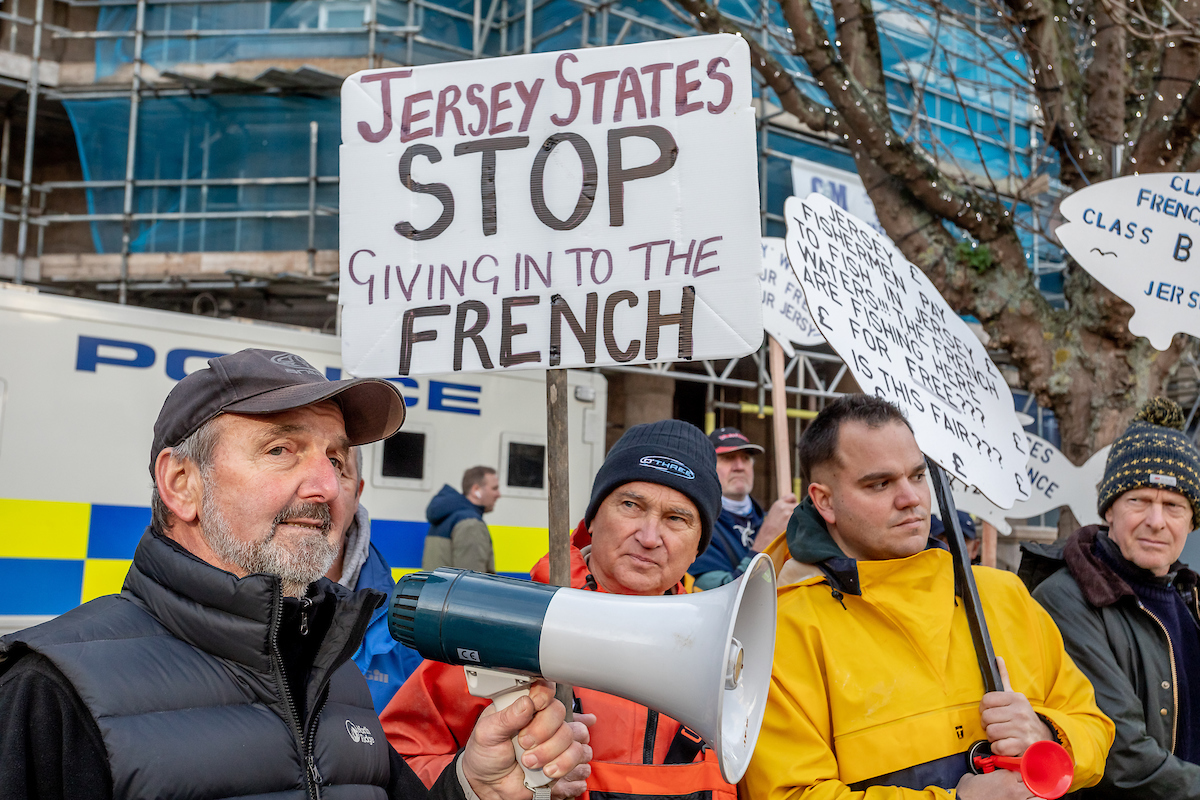 But Mr Thompson believes that the success of the recent meeting makes its more likely that common ground will be found.

“When it comes to the trade agreement, we still need to resolve the issues of ‘nature and extent’ and also replacement boats,” he said.

“Jersey is adamant that in order to manage our fishery we must know what fishermen are catching where, when and how.

“The island is also clear that when you retire a small boat, you can’t replace its licence with a 7m scallop dredger and pretend everything is the same.

“The French aren’t going to like it but by getting around the table now, it paves the way for the application of nature and extent without any misunderstanding.”

Mr Thompson said that the 18 fishermen at the meeting had reached several points of agreement.

“It was a very successful meeting and typical of fishermen around a table: frank and forthright, with no holds barred,” he said.

“Agreed propositions included communicating through a WhatsApp group to make clear when fishers are moving gear or coming into an area to dredge or bottom trawl. There have been several incidents of late where Jersey fishermen have lost gear.

“Since the meeting, we have also signed an agreement on sharing data - fishermen to fishermen - which is ready to go.”

Mr Thompson added that the French fishermen had also undertaken to speak to their authorities about reclassifying Jersey’s waters to allow shellfish to be landed by Jersey fishermen in France. 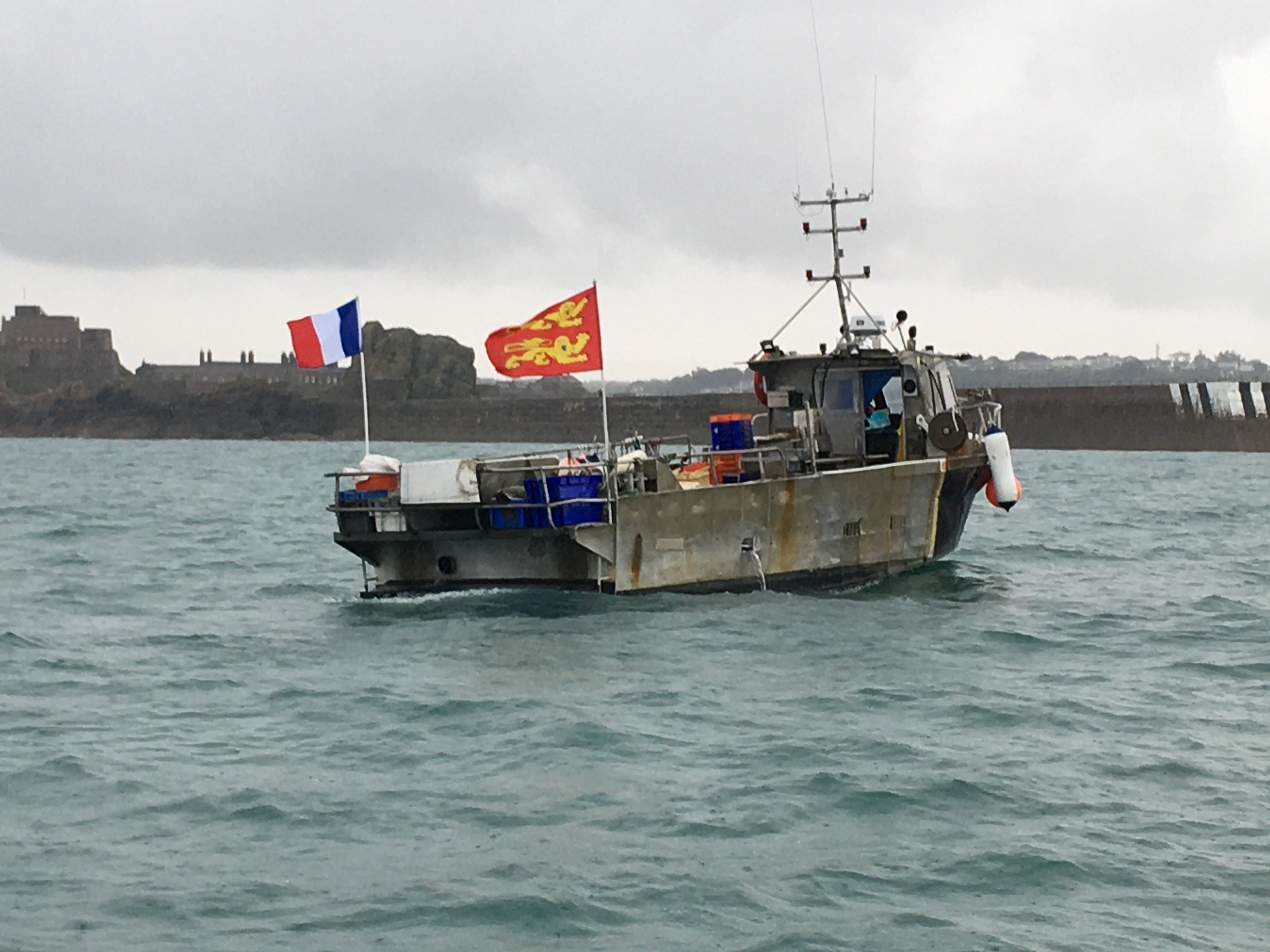 Pictured: Around 70 French fishing boats protested in and around the Harbour in May 2021.

“In 18 years of meeting over the Bay of Granville Agreement, which involved fishermen from Jersey, Normandy and Brittany, with politicians, scientists and countless other officials, we put forward 47 propositions but only five saw the light of day.

“We had one meeting between fishermen and we left with three really good proposals. Fishermen are capable of sitting around a table and reaching sensible and lasting agreements.”