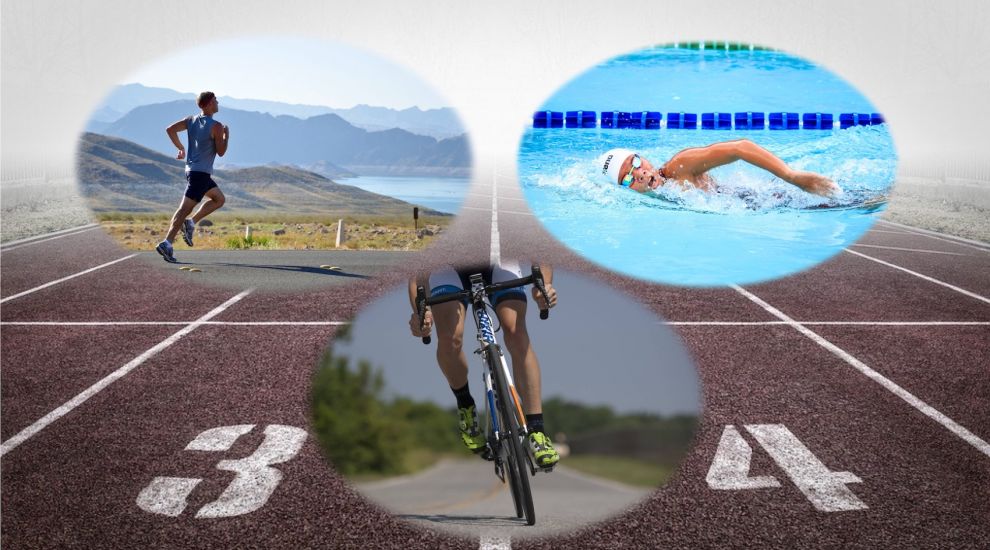 The Accuro Jersey Triathalon Virtual Challenge is coming to a climax this weekend, with Jersey and Guernsey vying to take the Inter-Insular Cup.

It will feature elite challengers whose combined swim and run times fall into the top six fastest times in each age category going up against each other.

The competition is to take place at Big Maggy’s Bike Shop in Jersey and Dim Architects in Guernsey, with the schedule for the races below – though times are subject to change:

Organisers have said that since the event will be operating under strict Government guidelines, they are asking “for spectators not to attend the live racing” and “instead make plans to follow it virtually.”

The event follows nineteen days of triathlon activity, where participants were challenged to complete the three required disciplines of swimming, biking and running at any time and location during the three-week period.

Accuro stated that the virtual challenge, which has seen approximately 350 registrations, “has offered people with no previous triathlon experience the opportunity to participate in their first triathlon in a very approachable format.”

They also said fundraising has been “central to the challenge”, with money going to the two official charities ‘Brightly’ and ‘Alzheimer’s Jersey’, and one benefitting the Oscar MacLean Foundation.