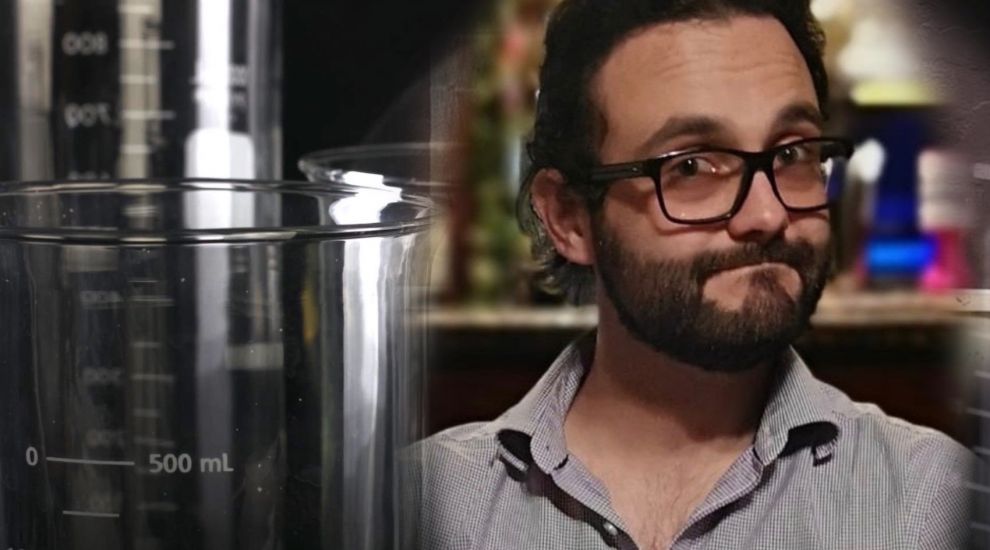 A Jersey PhD student has been credited with a discovery that revolutionises our understanding of metals and may even “rewrite chemistry textbooks”.

So ground-breaking were University of Southern California student Ryan McMullen’s findings that they made the cover of respected peer reviewed publication, ‘Science’ magazine.

The research revolved around the difficulty in defining exactly what a metal is.

“I know what a metal looks like, but why and how do I know it’s metallic? Why are they shiny or silvery?” Ryan explained of the key questions.

In order to learn more, Ryan conducted his own version of a 100-year-old experiment. It looked at the reaction between between alkali metals and liquid ammonia by using X-ray light to kick out electrons from the solutions, tracking the gradual transition to ‘metal’ status and the ‘metallic’ features that begin to appear. 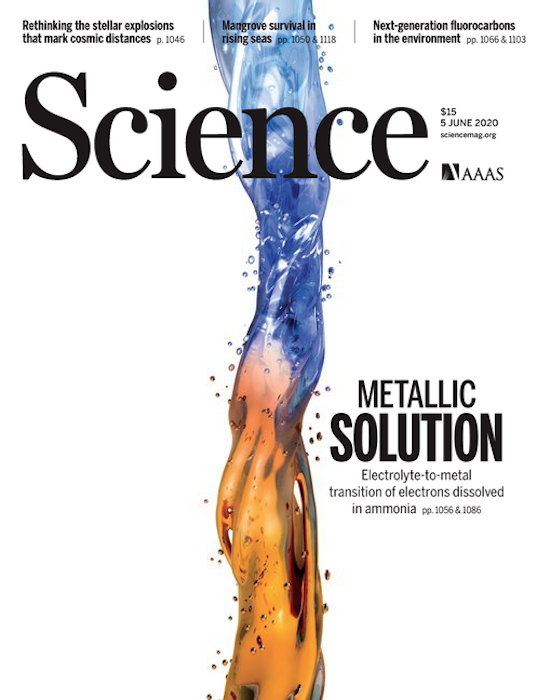 Pictured: Ryan's findings on the cover of 'Science' magazine

The research – which Ryan said involved many late nights - was conducted after he submitted a proposal to the University of Southern California David Dornsife College of Letters, Arts and Sciences once he had completed his Masters at Bristol.

Studying A-Level Biology, Chemistry, Physics and Maths at Hautlieu, Ryan credited his interest in the subject less to traditional chemistry sets and more to a desire for knowledge, explaining he “was always keen on understanding how things work, particularly in plants, but wanted one more level of detail down to the molecules than the explanations textbook biology gave.”

He singled out the learning environment in Hautlieu in particular, commenting that “there was a calm atmosphere that, when combined with patient and excellent teachers, I don’t think I could have obtained a similar education anywhere else.”

Video: Ryan's research was a take on a 100-year-old experiment that turns blue electrolyte to bronze metal. (IOCB Prague/YouTube)

While Ryan’s work has made significant waves in the scientific community – one website described his work as being likely to “rewrite chemistry textbooks” - he says he is more excited about what the results could mean for future discoveries.

"After so long battling with the politics of ideas, it’s nice to think that my original thinking turned out to lead somewhere fruitful, with some guidance and polishing by my advisor and tempering of the crazier ideas. Some people don’t have that luxury or give up long before they find a suitable mentor who believes in them. Other than that, there is no room for boasting. That only comes from people who have had an easy ride," Ryan told Express.

Although he noted that being on the cover of 'Science' magazine felt "good", he added: "While these results have clearly piqued interest in the broader community, I still consider it to be a benchmark study on which more exciting chemistry can be built. Even more exciting than the aesthetics of a front cover is the realisation of what it brings: once you’ve broken through an idea barrier, it makes it easier to continue the same vein of work and push more boundaries because you’ve already established that you have a track record of doing it. "

For those keen to dig into the detail, Ryan explained his research in his own words...

“A very basic picture of atoms consists of a ‘core’ or nucleus made of protons and neutrons. Around the neutrons you can think of negatively charged electrons as orbiting this nucleus. This orbital picture isn’t correct, but it turns out it doesn’t matter for this description. If you take alkali metals (typically sodium atoms) and add them to liquid ammonia (much like adding salt to water, but a tad more dangerous), the ammonia molecules can pick off an electron from the sodium atom to form a solvated electron. This electron is trapped in the gaps between ammonia molecules, which is odd chemistry to begin with. But it gets weirder. You can add so many sodium atoms, making so many solvated electrons, that you can build up a ‘sea’ of electrons which are spread out through the solution. Some readers might recognize this is how metals behave, with their ‘sea’ of delocalized electrons; so essentially one can make a brand- new metal this way.

Nothing I have just said should be obvious. While this chemistry has been known since shortly after Humphry Davy discovered sodium and potassium in the early 1800s, it has been poorly understood for two centuries. Moody armchair scientists might remark ‘that’s cheating, you made a metal by starting with a metal’ but the first telltale signs that this isn’t correct is the colour: the new metallic liquid ammonia is a shiny bronze, while sodium is shiny silver; similarly metallic ammonia has a better conductivity than either the sodium or the liquid ammonia you make it with.

That’s just background. Our brand-new experiment adding to this storied chemical history used X-ray light to kick out the electrons from these solutions to see how tightly bound the electrons are to the solvent molecules that surround them, collecting what’s known as a photoelectron spectrum. It’s a phenomenally challenging experiment for various reasons, including that these hyper-reactive solutions need to be pressurised through a 100 micron sized hole into a vacuum chamber, where they are intersected by bright X-ray light from a synchrotron source that costs an estimate of $1000 an hour to run. The bulk of this data was taken in two, three-week chunks and we were granted 24 hours shifts quite often. Luckily the beamtime was free for us, otherwise the experiment would have cost the best part of a million dollars. With regular nozzle blockages and sample disposal of the alkali metals, it was very tiring, especially at 4 am.

Readers should have the question lodged in their minds: I know what a metal looks like, but why and how do I know it’s metallic? Why are they shiny or silvery? Our results showed that at low concentrations, the data you obtain are featureless as expected, but as you increase the concentration towards making bronze colored ammonia, features representative of a genuine metal can be seen, such as a sharp Fermi edge which describes how electrons are allocated to energy levels at a given temperature. Other genuinely metallic phenomena such as collective motions of the electrons (plasmons) are observed in our spectra and are in a different position from the sodium plasmons. The positions of the plasmons peaks is related to the colour of metals which acts as an independent benchmark as we already know the colours from observation.”