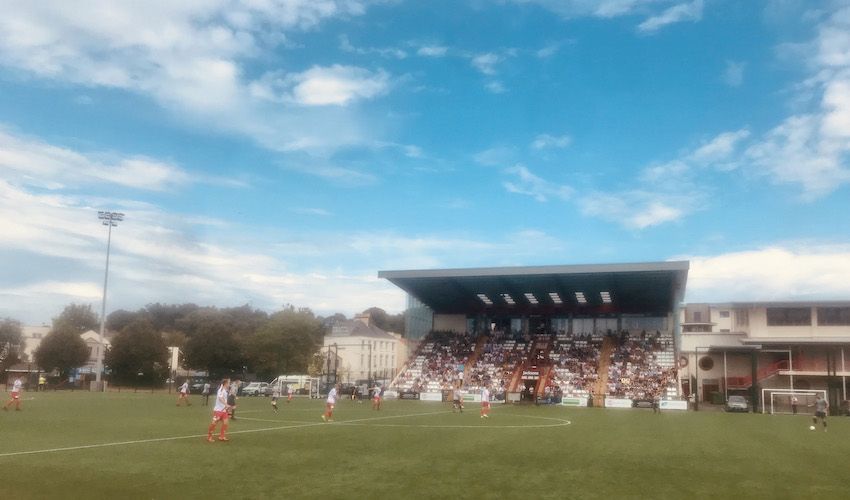 The Jersey Bulls team is calling on the FA to review a ruling preventing them from holding a replay at their home ground.

In a match that was broadcast on national TV, the Bulls drew 2-2, meaning a replay for the second qualifying round of the FA Cup was needed.

While the Bulls said it had been pre-arranged for their opponents to come to Jersey in the event of a replay, it emerged that FA rules state if an offshore island club is drawn away on the mainland, then any midweek replay must also be played on the mainland again, unless both clubs agree to play offshore in Jersey.

Replay will probably be played at Springfield Stadium on Tuesday. More information to follow.#BackTheBulls#BBCFACup

Despite examining various midweek options, the Bulls say they have had to agree to play Sutton Common Rovers back at Gander Green Lane tomorrow (Tuesday 21 September) with a 19:30 kick-off.

“We are disappointed for the Island and the footballing community as a whole that we won't have the opportunity to host the FA Cup replay this week in Jersey at Springfield Stadium,” a statement from the Bulls’ Board read.

"The commitment from our travelling support, players and management team is outstanding. We are very proud of the dedication and passion they have for their island."

The club says it wants the FA to review the ruling, arguing that it effectively means that no matter how far an offshore club progresses in the FA Cup, they will not be able to play a home midweek game.

“The club understands that teams in Tier 1 to Tier 8 are already required to play away from home midweek against an off shore clubs who come into their League and would like to request that this is mirrored in the FA Cup,” their statement said.