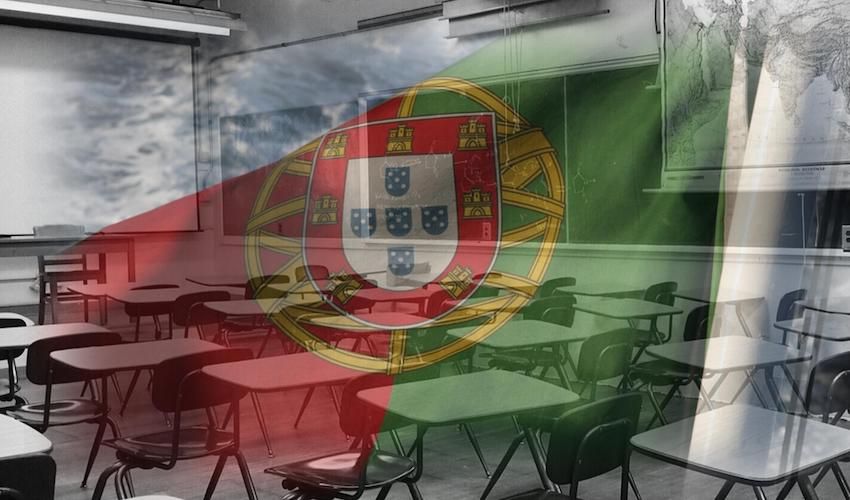 Jersey will be extending its teaching of Portuguese language and culture to children of that heritage living in the island, it has been announced.

A recently signed agreement has guaranteed the continued work of four teachers educating children and young people of Portuguese heritage in their national language and culture for the next five years.

At Portugal’s Embassy in London, Senator John Le Fondré this week signed the agreement between the Government of Jersey and Camões Instituto da Cooperacoa e da Lingua – an international institution that promotes the Portuguese language, culture and international aid – to ensure the extended education programme. 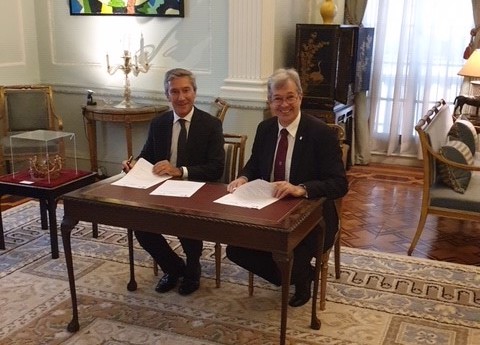 Pictured: The Chief Minister with the President of the Camões Institute Luís Faro Ramos.

The Camões Institute recruits, manages and pays for two primary and two secondary school teachers who work with children and young people of Portuguese heritage in Jersey to deepen their understanding of their language and culture as part of their day-to-day schooling.

As their part of the arrangement, Jersey’s Government provides classrooms and teaching materials as well as paying an agreed subsidy allowance to the four teachers.

Now, this agreement has been secured until the 2024/25 academic year.

Senator Le Fondré said: “Portuguese nationals or descendants account for roughly 10 per cent of Jersey’s population, and are fully integrated in the Jersey community. Relations with Portugal are of great importance to the Government of Jersey, with Portugal featuring as a key strategic partner in the External Relations department’s European Relations strategy."

Pictured: The agreement will ensure the continued work of the four teachers across Jersey schools.

He continued: “In the context of Brexit, it is even more important than ever to have good bilateral relationships with European partners, and the Government of Jersey is investing in this function.

Assistant Education Minister, Deputy Jeremy Maçon, added: “The formal teaching of Portuguese in schools allows children of Portuguese descent to grow up bilingual and literate in both Portuguese and English, which can help them at every stage of their learning and improve their academic performance.”