WATCH: Hopes that Jersey-France relations "back on track" after visit 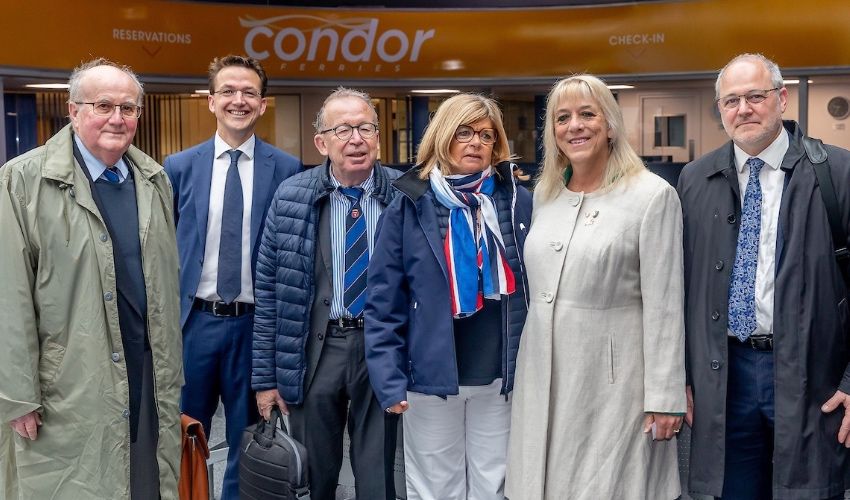 WATCH: Hopes that Jersey-France relations "back on track" after visit

An effort to get relations between Jersey and France “back on track” after the strains of Brexit took place yesterday, with the visit of a delegation from Normandy.

Two members of the council of Barneville-Carteret – the closest significant town to the island – together with a member of the Manche department’s council, arrived on Thursday on the first sailing of the Manche Iles Express ferry service in two years.

This summer, boats will operate between the Channel Islands and Carteret, Granville and Diélette.

The visit came about after an approach from the Barneville-Carteret administration to Deputy Kirsten Morel, who’s parish St. Lawrence is twinned with the commune. 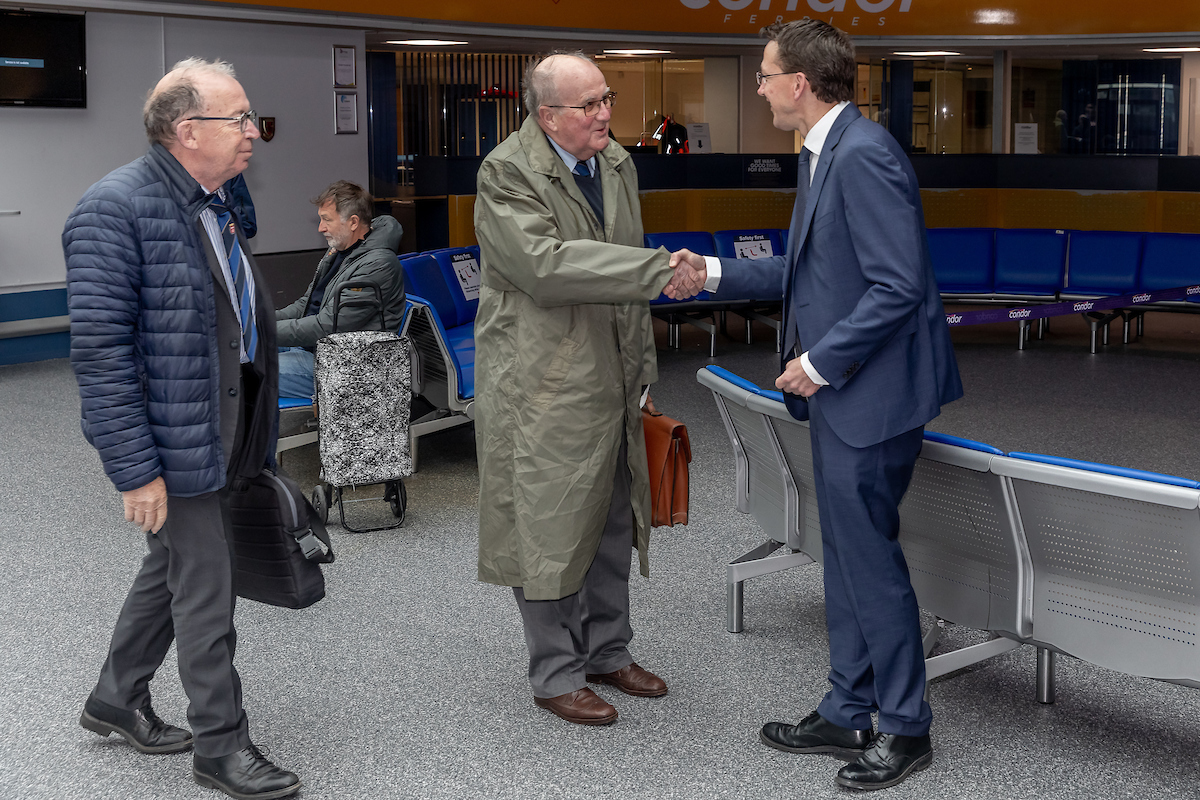 “They had read comments of mine in the media about the need to improve relations with France and decided to act," he said. "They were also keen to find out more about our strategy for Jèrriais, which is obviously a Norman language."

“The first sailing of the Manche Iles Express was a clear opportunity for us to take,” he added.

The delegation comprised of Jacques Haebig and Gilbert Chodorge from Barneville-Carteret, and Isabelle Bouyer-Maupas, a member of the La Manche council.

Video: The Norman officials arrive at the Elizabeth Terminal.

Deputy Morel said that discussions during the day included potential student and apprenticeship exchanges, stronger trade links, transport connections and the possibility of a French supermarket trading in the island.

“It was a very positive trip and there was a real willingness of the part of our visitors to turn our discussions into action,” he said.

Pictured: The first Manches Iles Express ferry arrived at the Harbour on Thursday.

The Deputy added that Barneville-Carteret was keen to attract Jersey yachts to its recently expanded marina, and it also had houses that might be of interest as ‘résidences secondaires’.

“The delegates were also keen to fully understand the processes that have come out of Brexit in order to successfully overcome them and strengthen trade between us.”