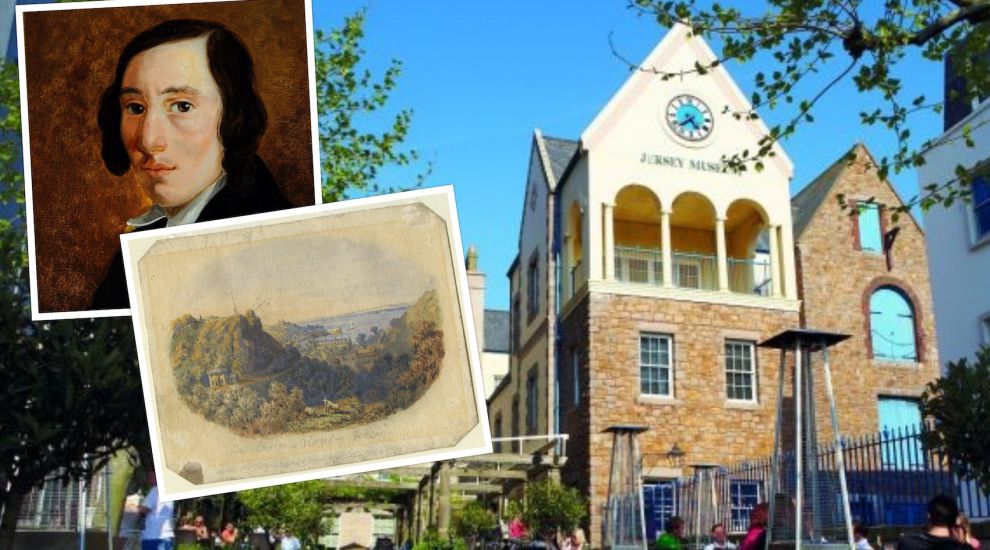 Jersey Heritage has acquired series of "small but beautiful" paintings valued at £15,000 by one of the island's most highly-regarded 19th century painters after the owner agreed to halve the sale price.

The series of 12 paintings from Philip John Ouless are all watercolours, apart from one oil.

They were acquired by the charity through a private sale for £7,500 after half of the cost was donated by the owner, who wished to remain anonymous.

Ouless (1817-1885) was largely known as a ship portraitist and his work is a key part of Jersey’s maritime history.

However, the newly-acquired series of paintings, which are each about 10cm by 15cm in size, depict different locations in Jersey, including Albert Pier, Bonne Nuit Bay, the ruins of Grosnez Castle and Portelet Bay. Meanwhile, the lone oil painting represents Mont Orgueil Castle. 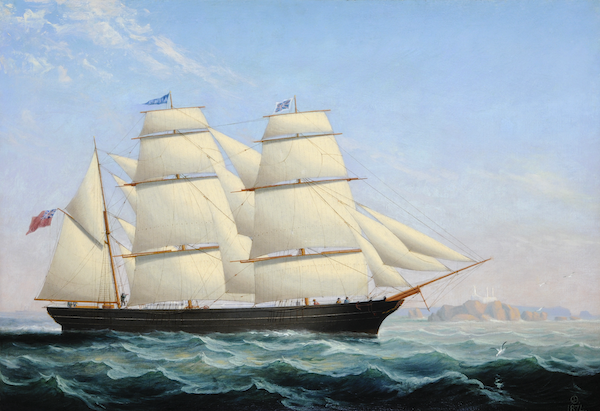 Pictured: Ouless was known for his paintings of ships, like this one of the Alexandra passing the Casquets.

“Ouless was renowned for his accurate depictions of Jersey’s ships and we are proud to already have a number of his pieces in our collection," Helena Kergozou, Jersey Heritage Registrar, said.

"He painted with tremendous technical efficiency and he has used these skills to beautifully portray some of the Island’s most iconic locations in this series of paintings.

"We are delighted to have had the opportunity to acquire them and our thanks go to the owner, who effectively donated half of the series to us by reducing the sale price.”

The newly-acquired paintings will be on display in the ‘Story of Jersey’ exhibition at Jersey Museum and Art Gallery in the New Year.

Jersey Heritage shared this history about the celebrated painter...

Philip John Ouless was born in St Helier on 7 April 1817, the eldest child of Philippe Jean Ouless, a successful auctioneer and estate agent, and his wife, Suzanne, née Blampied.

The family was of French origin and it was not until the artist’s grandfather, an itinerant fencing master, came to Jersey from the Cotentin that their name was anglicised from Oules to Ouless. The family home was 8, Royal Square (where the Public Library once stood and now part of the States of Jersey buildings).

In 1835, Philip John went to study art in Paris where he lodged with a Jerseywoman, Mrs Savage. His studies were cut short in 1836 when both his parents died and so he had to return to Jersey to act as guardian for his younger brothers and sisters.

On his return to the Island, he married Caroline Savage, the daughter of his former landlady. In 1847, the Ouless family moved from their home in the Royal Square to 53, New Street, which was part of what was called “Paradise Row”.

He set himself up as a “Portrait, Landscape and Marine Painter” and also an art teacher, as well as continuing to work in Paris. He worked in a number of mediums and with a variety of subjects. Although he is more generally associated with his commemorative scenes in oils, it was his ship paintings that provided him with his bread and butter.

Ouless had four children of whom two followed in his footsteps – Clarence Philip became a well-known exponent of the new art of photography with his studio also in New Street. Another son, Walter William, studied under Millais and became a Royal Academician and portrait painter. Walter’s daughter, Catherine, was also a distinguished artist. 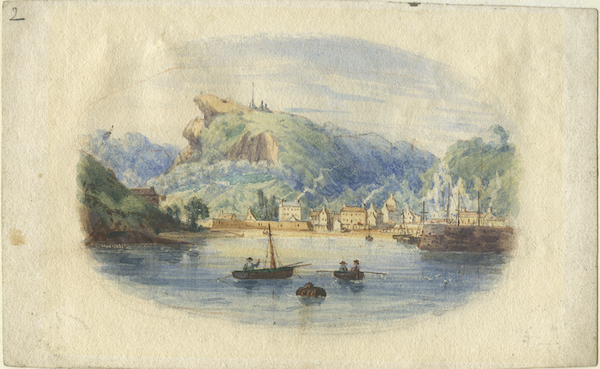 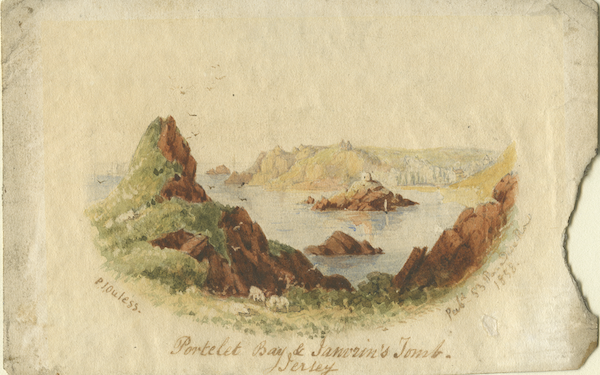 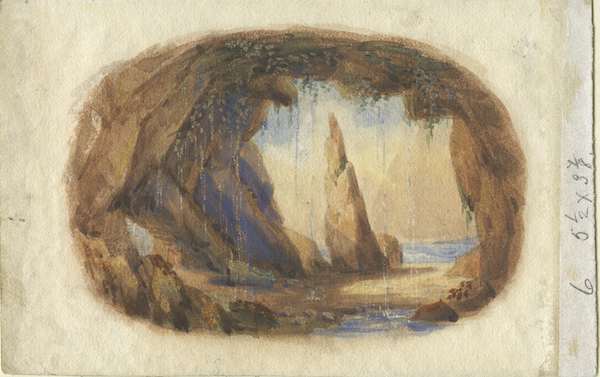 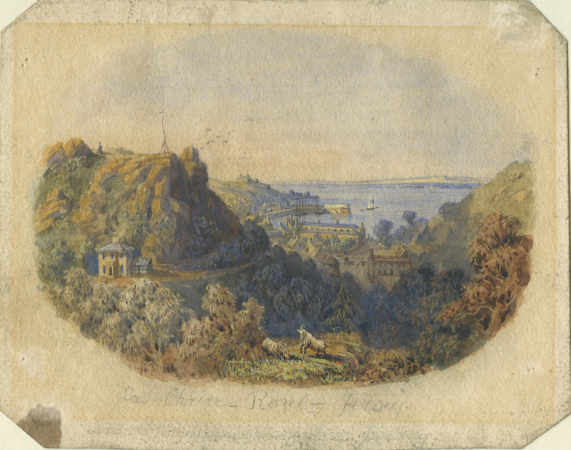 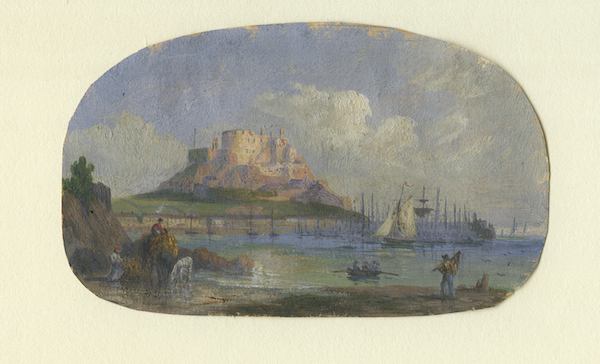 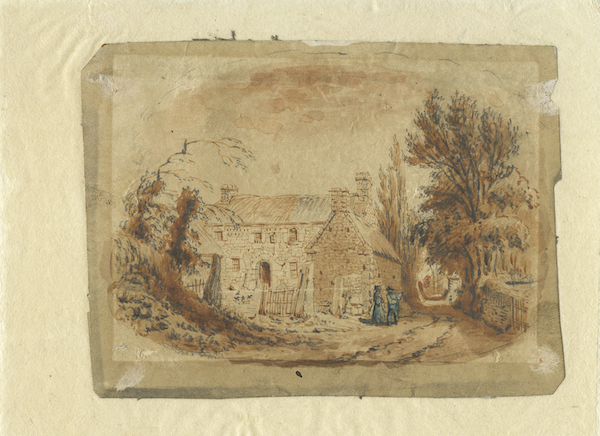 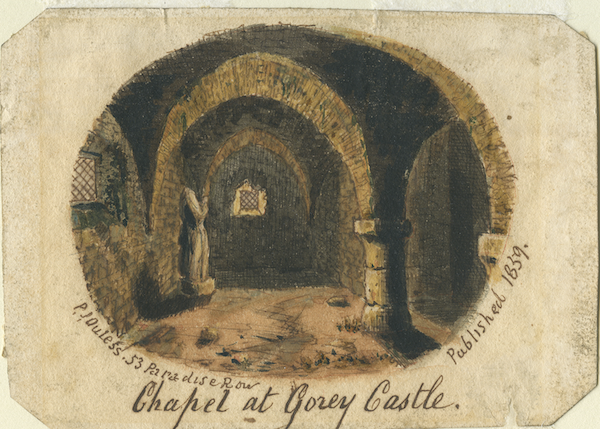 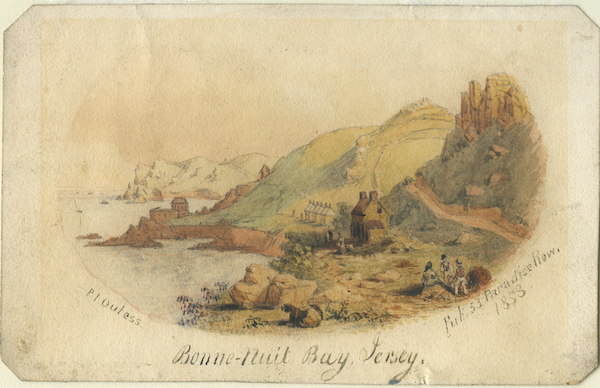 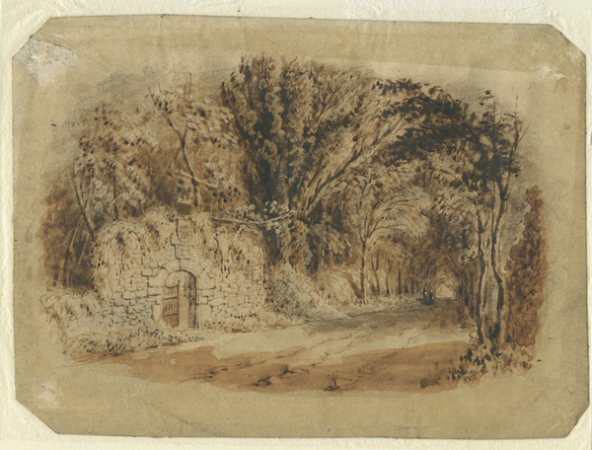 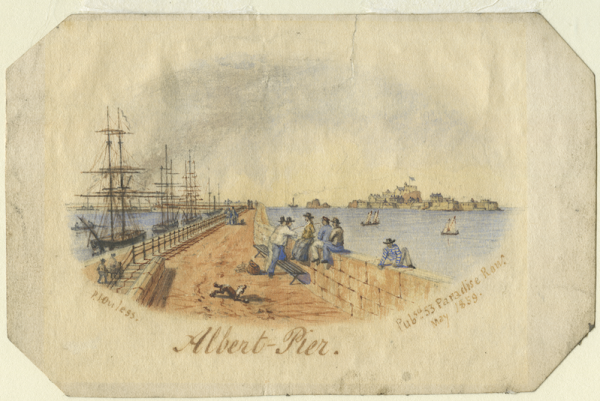 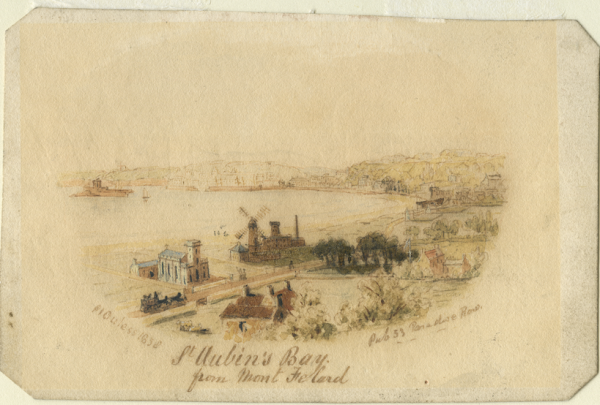 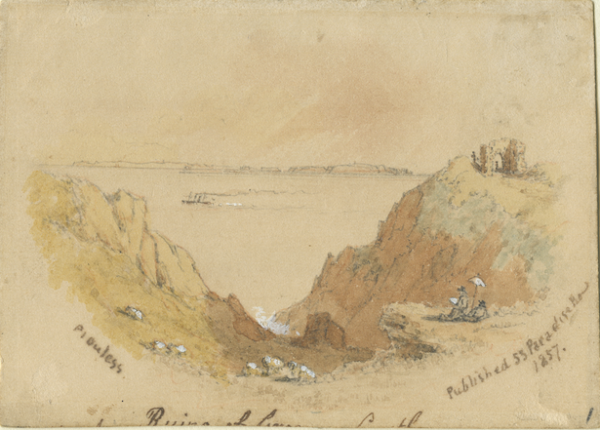