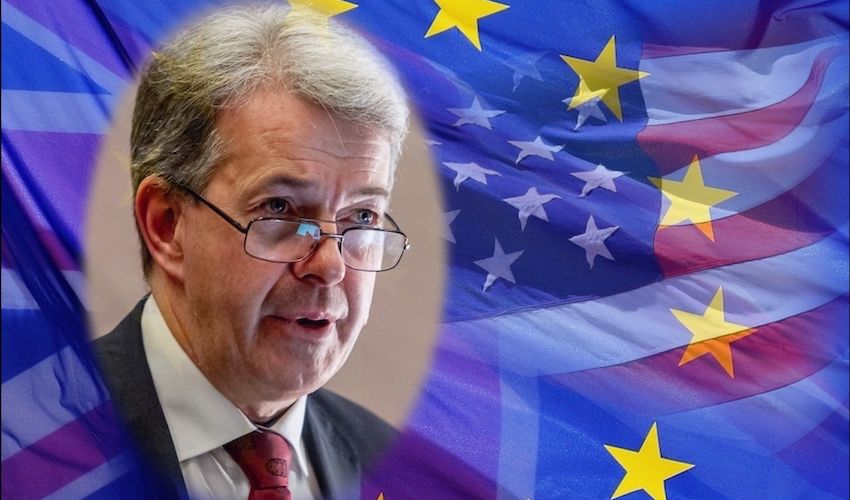 As Jersey signs on the dotted line to acknowledge Brexit in law, the Chief Minister is trying to build bridges to America.

While islanders won't feel the effect of Brexit right away due to a 'Transition Period' in place until 31 December 2020, which will allow them to continue travelling or trading with the European Union unhindered, Jersey will be aligned with the UK's position after this time.

The announcement of Brexit being enshrined in local law comes as Chief Minister Senator John Le Fondré travels to America this week in an effort to establish a relationship between "old and New Jersey" via a twinning arrangement between St. Helier and its US counterpart, Trenton in New Jersey.

The trip will also involve attending a fund management event linked with Jersey Finance, which was given a taxpayer-funded grant of £250,000 to open an office in New York last year.

Senator Le Fondré will be accompanied by St. Helier Constable Simon Crowcroft and the CEO of Digital Jersey, Tony Moretta, who is due to sign an MoU with the 'New Jersey Big Data Alliance' to collaborate on education through student exchanges and research programmes.

Commenting on the trip, the Chief Minister said: “The UK is due to leave the European Union this month and Jersey has developed a set of principles agreed by the Council of Ministers to define Jersey’s inclusion in any UK Free Trade Agreement. Whilst the UK and US work to form trade deals it is important that Jersey’s interests are remembered.

“This visit will promote Jersey’s unique economic interests and cultural heritage, maintain Jersey’s reputation as a well administered jurisdiction and reinforce the ability of the States Assembly and Government of Jersey to make decisions in areas of domestic policy. I hope the Memorandums of Understanding will enhance the economic, educational, and cultural links between Old and New Jersey.”