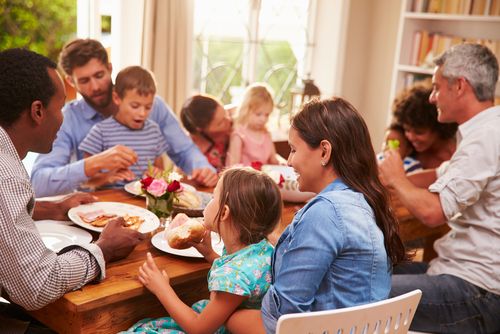 The dining room is a dying breed in Jersey with pressure to create extra bedrooms or playrooms meaning that fewer and fewer of us have a separate room for eating.

One furniture retailer says that sales of dining room furniture have dropped by at least a half since 2001.

Paul Clark, Managing Director of online furniture shop Mypad, said: "Over the past 15 years I have seen a drop in dining room furniture sales, but in particular, in the past five years, there has been a significant decrease, with sales declining by at least 50 per cent.

“When I started out in retail 25 years ago a lot more people used to sit around a table for a formal meal. Open plan homes mean the line between spaces for living, cooking, and eating has become blurred. People are just as likely to eat around a kitchen table now, or use a coffee table in front of the sofa.”

Part of the reason may be that we're building smaller homes than ever before - research by the University of Cambridge suggests British new builds are the smallest in Europe at just 76 square meters, compared to 137 square meters in Denmark.