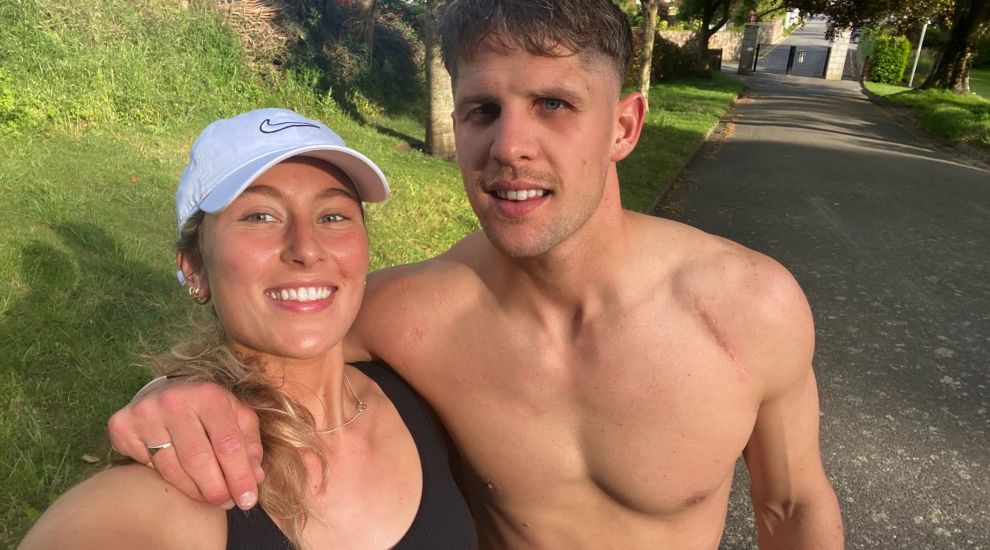 A ‘good egg’ and her rugby player partner have set themselves the challenge of running around and cycling Jersey to raise £2,000 each for two charities close to their hearts.

Good Egg Café Manager Molly Mills’ (22) and Jersey Red Tom Williams’ (30) fundraising effort will take them around the island by foot on 6 June and on pedals the following day.

Molly will be supporting Jersey Hospice in memory of her “beloved” artist granddad, Beresford Mills, whose paintings hang in her Havre des Pas-based place of work.

“When my grandad became unwell, Jersey Hospice were absolutely amazing and provided him with the best care and we are all so grateful for that. This is such an amazing charity who deserve as many donations as possible,” she said.

Tom, meanwhile, is hoping to raise both funds and more awareness for Prostate Cymru, a group dedicated to fighting prostate cancer in his native Wales.The former Cardiff Blues full-back, who moved to Jersey in 2019, is an ambassador for the charity

Molly told Express the inspiration for their ‘Round the Rock' challenge came when the pair were thinking about what to do when Tom’s rugby season ended.

For Molly, training for what will be the couple’s first joint fundraiser has so far consisted of “four to five runs a week, which involve a sprints, long steady runs, and some shorter quicker runs.” She also participated in the Durrell dash.

“Due to Tom’s rugby career, he isn’t training with me, he is cycling next to me on an evie bike during training, so the challenge is definitely going to shock his legs!” she joked.

Molly said the element of the challenge they’re least looking forward to will be the first 10k “because reality will start to set in that we have a very long way to go!”

The highlight, she thinks, will be “reaching St. Aubin’s and running the last stretch back to The Good Egg. We have arranged to meet a group of our friends to join us on the last leg so really looking forward to that.”

With just over a week to go, the pair are already on track to smash their target, having raised more than £3,300 between them at the time of writing.

Click HERE to donate to Molly’s fundraising page, and HERE for Tom’s.