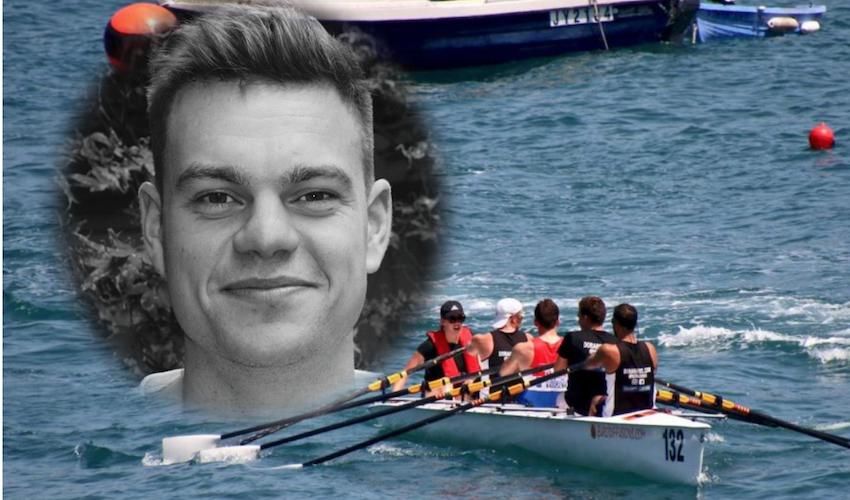 A former Victoria College student, and Team GB rower, will soon be tackling a 3,000-mile rowing challenge across the Atlantic as part of a series of feats to raise £100,000 to support young people with cancer and fund 'chemo backpacks'.

Rufus Scholefield (26) and his Dorabros - James Deehan, Lirim Gula and Charlie Crane - will be setting off from the Canary Islands for the gruelling 2019 Talisker Challenge on December 1.

Rufus, a former Team GB rower, will captain the quartet for what is described as the “toughest row", which will take them from La Gomera in the Canary Islands to Antigua in the Caribbean.

This will be the first long distance row for all four team members, but not their first challenge this year. 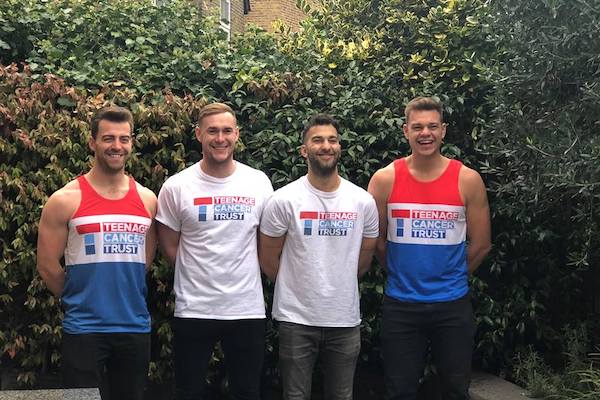 In April, they tackled the Marathon des Sables – an ultra-marathon of 251km across the Sahara desert – followed by a cycle from Monaco to London in May and more recently a relay swim across the Channel that transformed into a relay in Dover Harbour due to inclement weather conditions.

The Dorabros - a name inspired by the dorado fish - undertook the series of challenges to raise a total of £100,000 for the Teenage Cancer Trust - a charity close to Rufus’ heart.

One of his friends, Harry Zambon, who also attended Victoria College, died earlier this year of a rare type of cancer.

“The Teenage Cancer Trust is the only charity that researches why teenagers get cancer,” Rufus explained. “We want to give them as much support as we can so that they can stop teenagers getting cancer.” 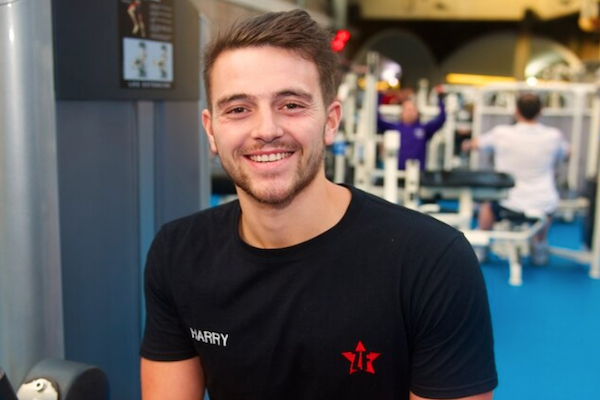 Pictured: Harry Zambon and Rufus were in the same year at Victoria College.

The boys are especially keen to support the use of 'chemo backpacks', which enable young patients to receive chemotherapy through a portable backpack, rather than on a hospital ward.

While Rufus had decided to stop rowing just about a year ago, he was convinced to pick up his oars again specifically with the Talisker Challenge in mind.

“I was quite keen to go, I had always wanted to do a big project for charity,” he said.

Born and raised in Jersey, Rufus left in 2012 to go to Edinburgh University. He fell into rowing shortly after his arrival in Scotland, inspired by the Olympic spirit and soon represented his university at the Scottish Championships, European University Games, the British University Championships and even managed to win the prestigious Henley Royal Regatta.

Pictured: Rufus was picked as a rower by Team GB in 2015.

He then went on to row for Scotland and later Team GB at the u23 World Championships and FISU world championships.

“I played a lot of sports at Victoria College, I was quite sporty, and I spent most of my life on water, so I had quite a lot of experience,” Rufus explained. “Rowing, you can pick it up quite quickly. It just takes a lot of time and dedication to go beyond that initial stage.”

The quartet will be spending 30 to 40 days onboard and therefore need a lot of preparation.

Rufus has taken the lead on the training program, which involves daily visits to the gym for the four friends, who all live and work in London, as well as weekends in Essex on the boat.

Video: A dual training session for the Atlantic row and the Channel swim.

They have also had to get their boat ready as the Talisker Challenge is a fully unsupported race.

They have had to pack 60 days' worth of food, representing a total of 1.4million calories to stay fuelled throughout the challenge.

They will also take some navigation equipment, including a GPS and charts in case the electronics fail, as well as a desalination system to make the sea water drinkable and enough to keep themselves entertained. 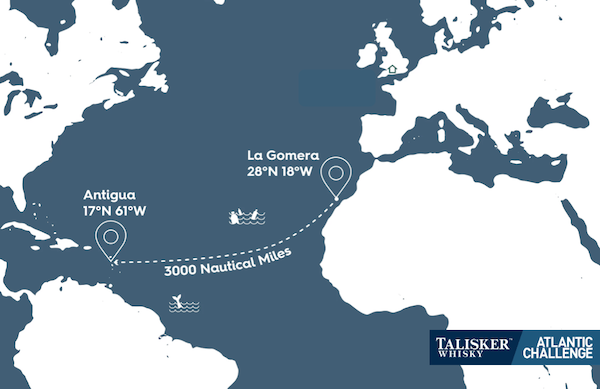 Pictured: The Talker Challenge will take participants from La Gomera in the Canary Islands to Antigua in the Caribbean.

With just over a month to go, the four rowers are still looking for more sponsors to help their fundraising efforts.

With only a few days before their boat gets shipped ready for departures in the Canaries, they will also be spending more time in the gym, either on rowing machines or lifting weights.

“We need lot of work to get our bodies in the right conditions,” Rufus said. “There will be lots of time in the gym. Around 50 kilos of body weight will be used during the race, so you want to get nice and big to have reserves to lose during the race, which is fine with me, as it means lots of eating!”