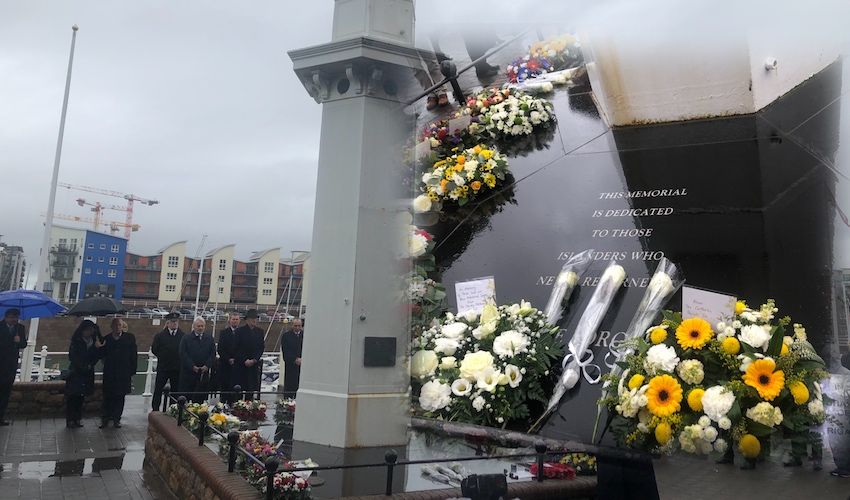 The Bailiff has called for islanders to “stand together” against “intolerance and tyranny” to honour the Jersey people, and other victims, who died during the Holocaust.

Jersey dignitaries, community representatives and members of the public gathered together this afternoon on the 75th anniversary of the liberation of Auschwitz, for a solemn ceremony reflecting on the horrors of the Holocaust, and looking ahead at ways to guard against prejudice and hatred.

In keeping with this year’s theme for memorial events across the world ‘Stand Together’, the Bailiff Tim Le Cocq gave the opening address at the ceremony for the first time since he was sworn in. The ceremony was held at the Maritime Museum’s Tapestry Gallery.

His speech centred on the stories of the 21 Jersey victims of the Holocaust, and how their lives bring home the personal impacts of a historical tragedy.

The Bailiff spoke of Canon Clifford Cohu who broadcast updates about the Allies’ war efforts whilst riding his bike through town; shopkeeper Louisa Gould who protected an escaped Russian slave worker; and June Sinclair who, it’s believed, was sent to a camp after slapping a German soldier who molested her.

After speaking of their plights, the Bailiff said: “These are just a few words about each of these people and are easily lost in the noise that surrounds us. But if we read those stories slowly, use the gift of imagination to place ourselves in the shoes of those people and the others, the courage displayed by some, the experience of capture, interrogation, fear, of being sent away from all you know, of being ill and dying in pain far from home and loved ones, and in one case at least the journey to the unspeakable horror of the gas chamber, we can perhaps begin to understand the real purpose of today.”

He encouraged islanders to see the 21 as not just symbols of devastation but also “of hope”.

Pictured: The memorial culminated in a wreath-laying ceremony to pay tribute to the victims of the Holocaust.

Describing them as “people who stood up to be counted, who risked their lives to save others’ lives. Even the lives of those they did not know. Those who fought and who still fight against the forces of racism, intolerance, and tyranny.”

Bringing his speech to a close, the Bailiff said: “This year also marks 75 years since Jersey was freed from the occupying forces, following the Second World War, and it seems to me that the stories of the Liberation are inextricably linked to the stories of the 21. Freedom, peace and inclusivity are the key themes of Liberation Day and the stories of the 21, and indeed of all of the victims of holocaust, which are about the absence of those things, must be heard at the same time as the joyful stories that will be told on that day. They are two sides of the same coin. 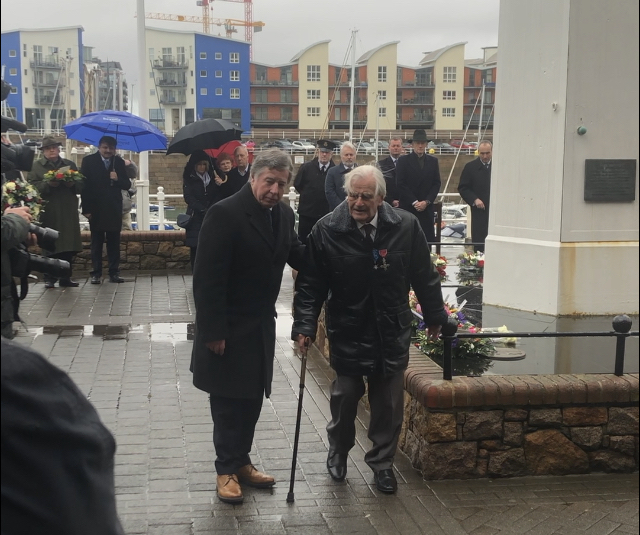 Pictured: Bob Le Sueur MBE, who lived in Jersey during the Occupation, laid a wreath for all victims of repression, past and present.

“Aptly, the Holocaust Memorial Day Trust’s theme for today is ‘Stand Together’. Well, if we continue to listen out with vigilance for the insidious messages of intolerance and tyranny and call it out and resist it where we hear it; if we make it a positive aim in this place to create a kinder and more tolerant society; if we simply stand together as fellow human beings, and not as black or white, heterosexual or homosexual, or one religion versus another, then surely we will have heard and honoured the stories of our 21, the broader message of holocaust and of Liberation.”

Pictured: Members of the Jersey Arts Centre youtheatre gave readings on the theme of the Holocaust.

Following the Dean of Jersey Mike Kierle’s reflections and lighting of a candle, the wreath-laying ceremony took place outside the museum at the Lighthouse Memorial for the 21 Jersey victims.

Floral tributes were laid on the memorial for each of the 21; on behalf of Jersey’s different communities; consuls; and other island groups.

CLICK BELOW to read the Bailiff's speech in full...

Telling porkies to the Germans